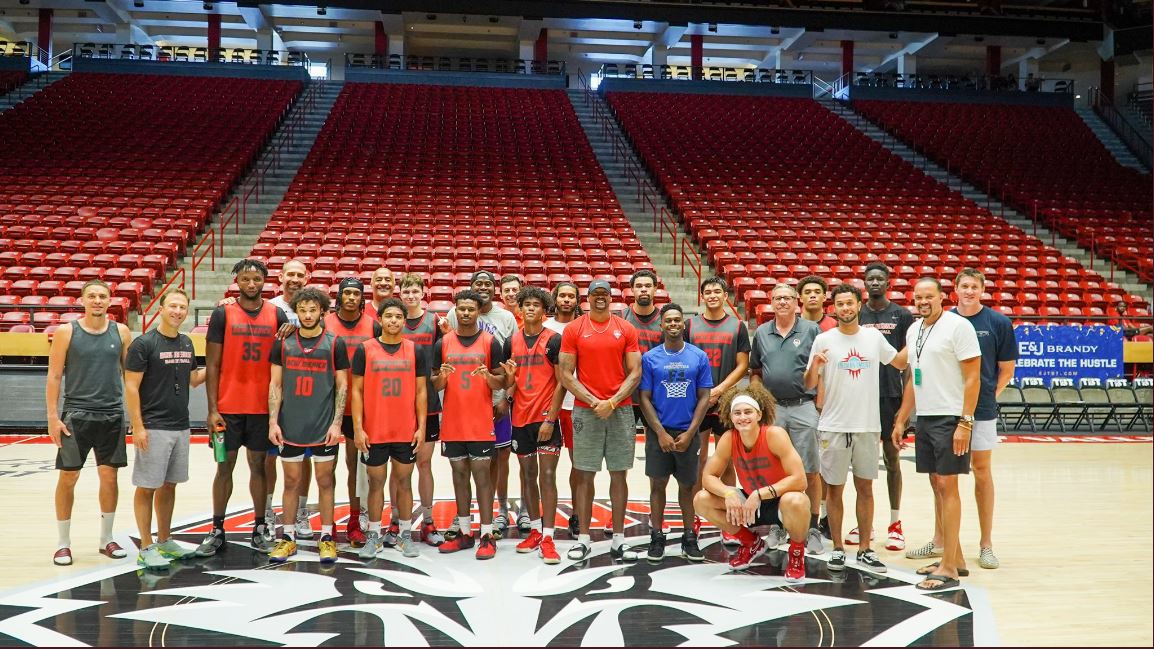 ALBUQUERQUE, NM (KRQE) – As Richard Pitino continues to rebuild UNM’s men’s basketball program, he teaches his team the importance of Lobo’s story. Former players have joined forces and are in town for TBT, and they met this year’s squad for dinner. Coach Pitino hopes his players have learned something from the Lobos who have reached the next level and wants them to know that they are part of something bigger than a basketball team.

“The most important thing, obviously, I haven’t coached any of these former players, but we’re all one family, and we want you to know you’re part of it,” Pitino said. “[The alumni] can probably give you a lot more knowledge than me, so make sure you know them. It’s one family here. These guys are proud Lobos, and we want to make them proud.

The opportunity to bond with the current generation of Lobo basketball was also important to the alumni. They are proud to represent the cherry and the money even after playing a full professional career, and they feel they can help bring the Lobos back to the level they are used to.

“It was a great experience because culture is very important in any program you go to,” said JR Giddens. “We just try to pass on some of our knowledge to these young people, talk to them, try to build relationships with them and help them in any way we can because they are a younger version of ourselves. We just try to give them as much knowledge as possible and good vibes. It’s a family here in Lobo country.

“I’m only used to a certain type of culture, which is winning, especially here,” Kenny Thomas said. “It’s one of those things where I felt the energy was cool, I think they have a great team in [Jalen House and Jamal Mashburn Jr.] because I played with Jalen House’s father, Eddie House, and I played against Jamal Mashburn Sr. So they have a lot of talent on this team, it’s just a question of whether they’re going to put it implemented consistently.