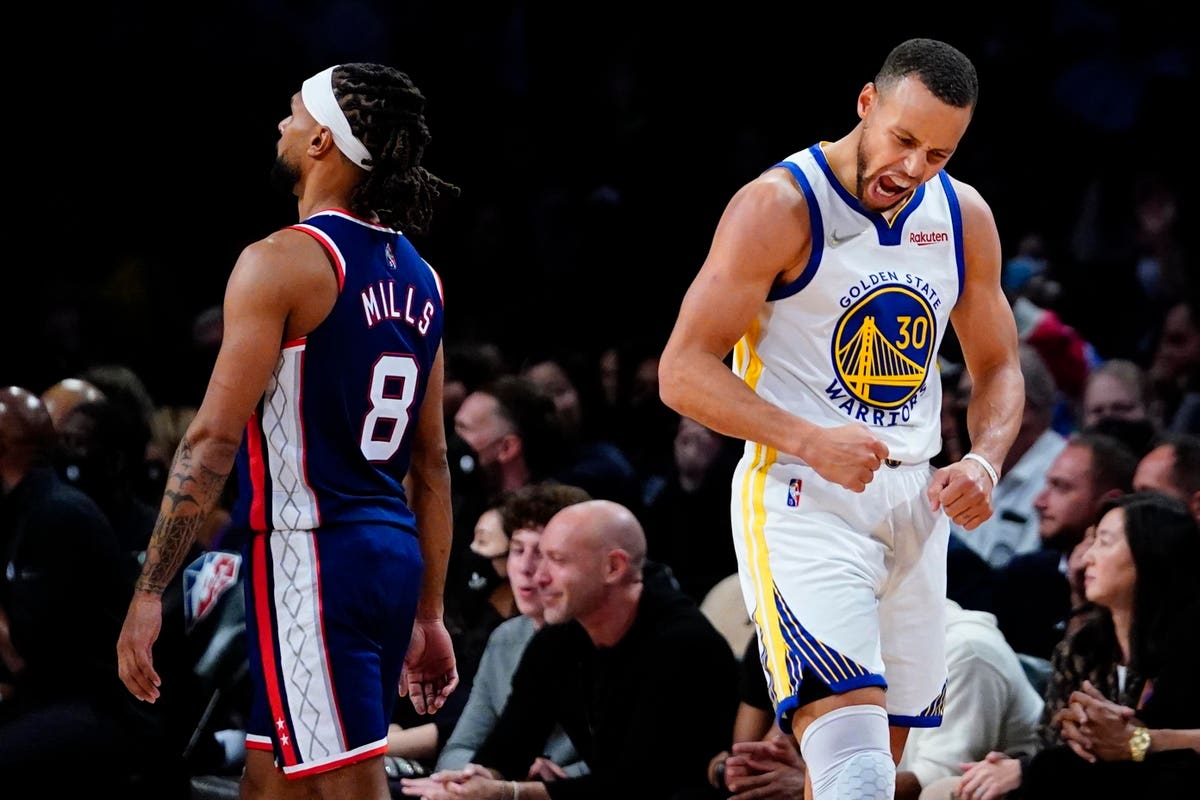 On November 2–3, 1990, the Phoenix Suns and Utah Jazz faced off in Japan, the first two regular season games outside of North America for any major American sports league. The NBA had held international preseason games since 1978, but the Suns-Jazz games represented commissioner David Stern’s desire to capitalize on fan and sponsor interest in a burgeoning league and expand its global appeal. . The push worked.

This weekend, the NBA returns overseas for the first time since the coronavirus pandemic began in March 2020 as the Golden State Warriors and Washington Wizards play preseason games in Japan on Friday and Sunday. It will be the 15th and 16th NBA games in Japan, a country that has embraced the sport even more in recent years.

Both games at the Saitama Super Arena north of Tokyo are sold out with fans drawn to defending champion Warriors as well as Wizards forward Rui Hachimura, who in 2019 became the first player of Japanese descent selected in the first round of the NBA draft. In the 2021-22 season, Warriors guard Stephen Curry had the most popular jersey on Japan’s NBA Store website, while Golden State was the most popular team in the country by merchandise sales.

Japanese fans also love Hachimura and Brooklyn Nets forward Yuta Watanabe, who grew up in Japan before coming to the United States to play a year of prep school basketball and then college. George Washington University. Yuta Tabuse, who played four games for the Phoenix Suns in 2004, is the only other Japan-raised player to play in an NBA regular season game.

The Japanese were also exposed to NBA players during last year’s Summer Olympics in Japan. And they have access to all NBA games, many of which are in Japanese, through NBA Rakuten, a streaming service similar to NBA League Pass in the United States. Next year, Japan, Indonesia and the Philippines will host the FIBA ​​Basketball World Cup 2023.

“There is a real momentum in Japan around basketball,” said Ramez Sheikh, general manager of NBA Asia and India. “We’re going to help magnify that.”

The NBA will also host other games outside of North America this season. The Atlanta Hawks and Milwaukee Bucks play two preseason games in Abu Dhabi on October 6 and 8, while the San Antonio Spurs and Miami Heat meet on December 17 in Mexico City and the Chicago Bulls face the Detroit Pistons on January 19. . in Paris.

The Abu Dhabi games, meanwhile, will be the first time the league plays in the United Arab Emirates. The bucket are part of a multi-year partnership announced in November 2021 between the NBA and the Department of Culture and Tourism Abu Dhabi.

In addition to hosting NBA games in the UAE, the league earlier this year launched a Jr. NBA League in Abu Dhabi for children nationwide and held an NBA 2K League exhibition at the Middle East Film & Comic. Con in March in Dubai.

“Similar to the work we do in Japan, we bring a number of opportunities for participation (to the UAE) from youth development to community outreach and in-market fan events,” said Samantha Engelhardt, vice president of the NBA. President of Global Strategy and Innovation. “The Abu Dhabi Games are not just a stand-alone event, but are very much part of a partnership that has been going on for several years.”

When choosing which teams play overseas each year, Sheikh said “it’s a very collaborative process” between the league and franchises in which the NBA juggles what’s best for business as it happens. ensuring that the teams do not travel too often abroad.

For players and coaches, international games are a mixed bag as travel can be tedious but also presents opportunities to see places they’ve never been and expand their reach outside of the American Warriors guard. Stephen Curry, for example, has a marketing partnership with Rakuten, a major Japanese e-commerce and online retailer that also has numerous deals with the NBA and the Warriors. Rakuten is the Warriors’ jersey patch sponsor and is the NBA’s title sponsor with Nissan for games this weekend.

“It’s not the ideal way to go through training camp,” Warriors coach Steve Kerr said on the “Damon and Ratto” radio show in San Francisco this month. “It’s not how you write it, but it’s an amazing opportunity to go to Tokyo, which is such a beautiful city.”

Kerr added: “Any kind of disruption from training camp is more than made up for by being in Tokyo with the team and developing the game and seeing the Japanese cheering on Steph Curry and the team. It will be a thrill.

Despite some complaints about travel and jet lag, the NBA will surely continue to play a few games overseas each year as it seeks to continue its international growth. The NBA declined to reveal what revenue it generates outside of the United States and Canada, but it has 13 offices outside North America and says nearly 70% of its social media followers reside outside the United States.

This weekend is not just about games. Far from it, in fact, as it represents an opportunity for the league to welcome business partners, engage with fans and promote the sport. On Saturday, the NBA will host an event at the Saitama Super Arena where fans can meet some of the Warriors and Wizards, watch slam dunk and 3-point contests, and catch a concert featuring Yuzu, a Japanese rock duo. During the week, the league will also hold a clinic for young players to interact with former WNBA players, while teams will participate in community service events.

“Ninety-nine percent of our (international) fans and most of our international partners don’t have the opportunity to attend games,” Sheikh said. “It’s really important that we can provide a live gaming experience for our fans in the market.”