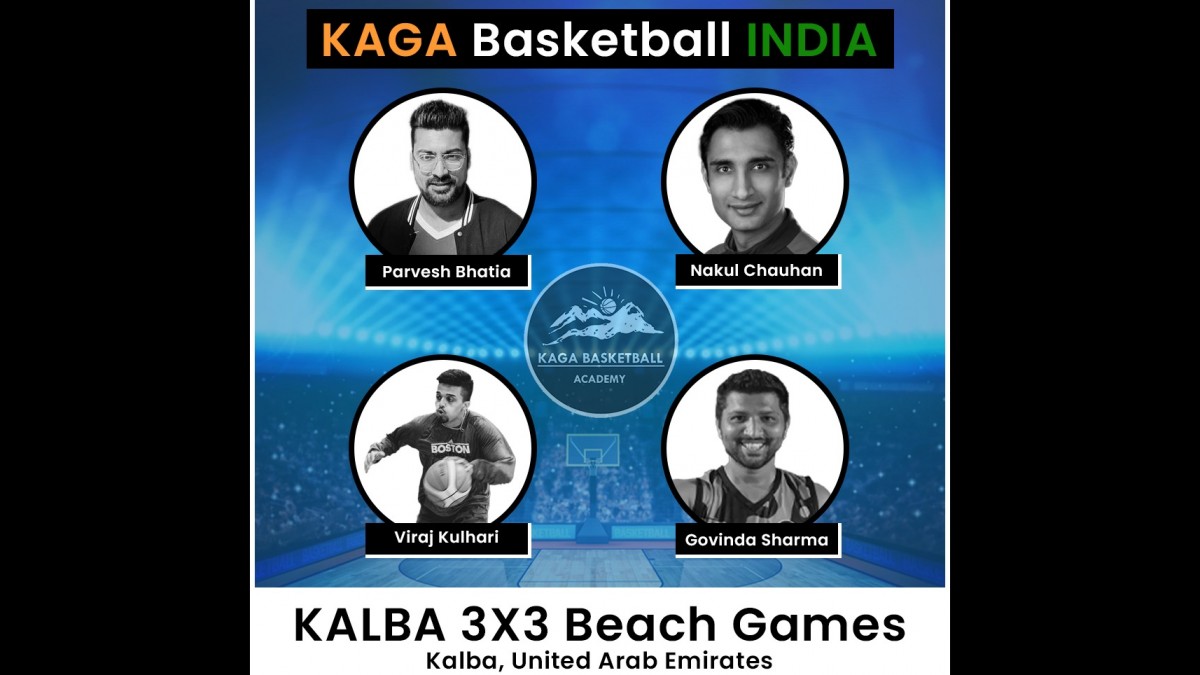 Govinda Sharma, former Fiba 3×3 basketball player No. 1, is ready for Dubai with his teammates

He is confident of securing a place at the top, and possibly winning the trophy, as the whole team is in good shape.

The sport has always drawn huge crowds in India as well as abroad. The kind of different sports around the world is amazing. Basketball is one of them that has a large following and many countries have done exceptionally well in this sport. India is not far behind as it has produced many champions in the sport who have also done wonders in international tournaments for decades. Fiba 3×3, which is a four-player format, is about to start in Dubai, with many international teams taking part in the trophy, India being one of them.

Govinda Sharma, who is ranked as the number 1 Fiba 3×3 player in India, is ready to compete for the top position with his 3 team member who has done exceptionally well in this sport. He has participated in international basketball tournaments held in Singapore, Thailand, Malaysia and is now preparing for the last one in Dubai which will be held shortly. He even won a silver medal at the Gatorade 3 out of 3 challenge in Malaysia in 2022. Currently, he is working as a teacher at GD Goenka School, Siliguri and preparing to take first place in the upcoming tournament to be held in Dubai.

The other three players who are set to join him are Nakul Chauhan, Parvesh Bhatia and Viraj Kulhari. Chauhan is one of the first Indians to give tryouts for the American NBA G-League in 2013 for the Tulsa 66’ers team (Okc Thunder). He even won the Health King India title 2021-2022. He is also a Tedx speaker. Currently, he trains national and international athletes, helping them to excel in their sports careers. Bhatia played in the 2022 Thai Basketball League and later won Malaysia Gatorade 3×3 2022 Silver Medal. He also works as an assistant manager at Upscalio, an MNC, while Miami, Florida-based Kulhari is the fourth player to have given tries for 3 NBA G League teams (Sioux Falls, Northern Arizona Suns, Lakeland Magic). He currently runs a real estate investment company and Marcos Pizza Franchise.

“In the NBA, they offended me”