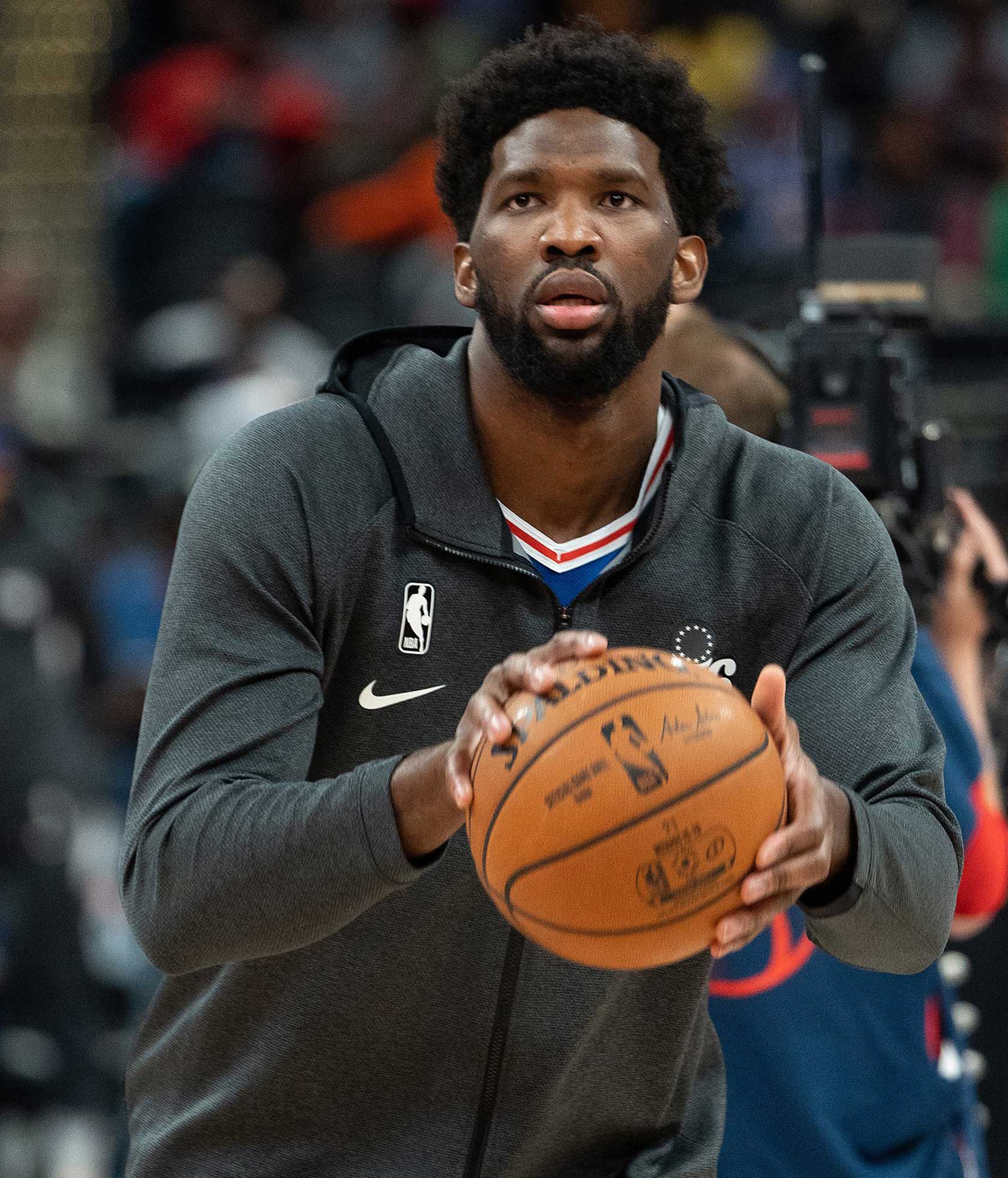 You can call legendary basketball mentor and broadcaster Al Maguire a man of his time. Talkative and unfiltered, his spontaneous on-air musings wouldn’t have played well in today’s era.

The former Marquette University coach, who supported many of his players beyond college, might have even transgressed his own maverick ways decades ago with his shocking comment, “Black people control two things in America: basketball and poverty”.

But would the New York native, who died in 2001 at the age of 72, express the same sentiment today? While black Americans still make up more than 73% of players in the league, two European stars – Greek Giannis Antetokounmpo and Serbian Nikola Jokic – have won the last four NBA MVP titles of the regular season.

Jokic won his second consecutive MVP last season. Antetokounmpo, who finished third in votes in 2022, took top honors in 2019 and 2020.

While basketball, in the broadest sense, remains an American sport, and colloquially a “black” sport, the American heritage spread across the world has come back to its source in very interesting ways.

Former NBA player Sam Mitchell is well aware of the changes in the game. His entire professional life, with the exception of two seasons in France, has revolved around the NBA. His praise for the approach taken by international basketball is boundless, but he fears for what he sees in the landscape of American basketball.

“I think the Europeans took basketball and made it better,” he said. “My view is a little differentdifferent from other people. I played in Europe. In Europe you go to a basketball academy and you have former players who are professional coaches. That’s what they do. It’s their job. These children in Europe receive professional guidance at an early age. Our children are joining an AAU program. Who coaches? Rick, Bob, Fred? That’s why their players are more fundamentally sound.

Mitchell played his first two years of professional basketball in France before playing 16 seasons in the NBA. He was also named 2007 NBA Coach of the Year in Toronto. He currently works as a radio personality for Sirius XM NBA Radio as well as the NBA Network.

The Georgia native, who spoke by phone from his home in Atlanta, said America always produces amazing quality players. But he thinks the game has gone too far in the areas of athleticism, computer analysis and three-point shooting.

“I said, every time I talk to American high school players, may these kids come from Europe learn the game with their heads held high,” he said. “We are more athletic. Once the European kids get that athleticism, like Giannis, and it catches up to the American kids, it will be over. So that’s what you’re seeing right now. I just think we really, really need to focus on the coaching aspect of things and the development of our kids.

Scott Roth, an American who played and coached professionally in Europe for more than a decade, made similar comments to Mitchell in a story published several years ago.

“They’re so ahead of us fundamentally and how they developed basketball,” he said. “The Evolution of American Basketball is AAU [Amateur Athletic Union]. Some of these kids play 100 games over the summer, with no training or education. Usually AAU teams are not even run by coaches. They are run by people who invest in these kids to get shoe deals and agents. Our way of training hasn’t been very good for the last 10 to 20 years.

Roth, who coached Spanish club Baloncesto Sevilla the year after Kristaps Porzingis left the club to join the NBA, says European basketball hasn’t strayed from the solid base it uses to develop young talent.

“The Europeans stayed stable with the fundamentals and raised these children at a very young age. You don’t have a lot of outside stuff with European players. You don’t have entourages or shoe companies or people chasing these guys. They are very work-oriented and focused players, and I think that puts them ahead of the American players in most cases.

Mitchell said the overuse of computer analysis in basketball has changed things too much in another direction.

“Analysis has taken over the game,” he said. “We have always used analytics. We’ve always known where the guys are shooting the ball best. What we always had in the past was that we had a balance between analysis, common sense and basketball. We had a bit of everything. Now, these are just analyses.

“Now it’s ‘Jack up threes’,” he continued. “Coaches will tell. “We’re trying to get 50 three-pointers per game.” They don’t say anything about the quality. It’s just quantity. All we’re trying to do is shoot 32%. But the truth is, when the playoffs roll around, the scans go out the window.

In the quest for an endless three-point shot, the position that suffered the most was the middle spot, according to Mitchell. He said a post-up player might not be imagined these days because he’s lost the aesthetic appeal he once had.

“‘Who wants to see a post-up guy pull jump hooks?'” he said. “I guess it’s the mentality. If I was developing a seven-foot guy, I would give him the post moves as well as a three-point shot. You should be embarrassed if you’re seven feet tall and don’t have a step down, jump hook, or counter power.

He added: “All you need is two hits and a counter. That will give you four hits. You don’t need 20. You just need two, which equals four if you have a counter If you watched the NBA Finals you saw how many times Steph Curry was traded by one of the Boston big men and what the Boston big men did with it the ball. I chased it. Every time. They kicked it out.”

Mitchell, who considers Jokic, Embiid, Antetokounmpo, Doncic, Kevin Durant and Curry to be the current best players in the league, said the European player’s common denominator is mastery of the sport’s basic skills.

“The Joker and Joel Embiid are complete players,” he said. “They can shoot all three, they can post. These are the fundamentals. The Joker will be able to play until he is 40 years old. Why? He does not rely on athletics. It relies on skill. If you step back, he can shoot. If you put a switch on him with a little guy, he can post and score. He can play. He is a complete player. »

The basketball training pendulum could swing back in favor of solid foundational training. The elephant in the room, he says, is always burnout and that young people need time to do other things.

“I think it will get a little better because you have more basketball academies popping up,” he said. “I think people are starting to realize that the AAU is just too political. If you think your child is that good, put them in an environment where everyone competes at the same level. You will see who is the best. The AAU is too political, but you’re starting to see more and more basketball academies popping up – and if that happens, you’ll see more well-rounded players. Bbut it will take time. The Europeans already have their academies established and they are creating them.

As for Maguire, he knew exactly the type of player he was looking for in the 1960s and 70s.

“I just can’t recruit where there is grass,” he said. “You need to have a concrete lawn before I feel comfortable enough to come in and talk to the parents.”

FIBA Eurobasket 2022: Are Juancho ‘Bo Cruz’ Hernangómez and his brother playing for Spain?