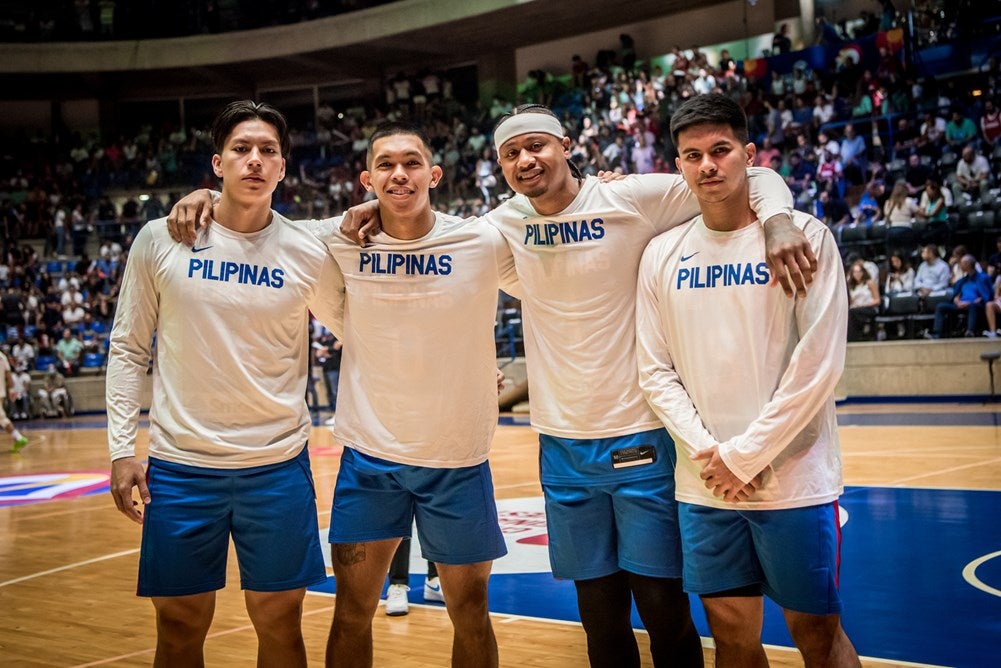 Samahang Basketbol ng Pilipinas (SBP) announced on Wednesday that Japan’s four Gilas stalwarts are set to join the national team roster for their back-to-back away matches against Jordan on November 10 and Saudi Arabia on November 13 .

“I’m not sure. We don’t know yet when our B.League players will arrive,” Reyes said. we’re not sure.”

The SBP are also looking to bring in the services of Kai Sotto, who is currently in Australia playing his second season with the Adelaide 36ers in the National Basketball League, but has yet to release a confirmation.

The 7ft 3in centre, however, shared the Fiba World Cup message on his Instagram Story about his availability in the fifth window with the caption “Let’s go!!”

Sotto and the B.League stars played in the fourth window with NBA goalie Jordan Clarkson splitting two matches, dropping to Lebanon on August 26 before dominating Saudi Arabia at home on August 29.

“FIBA has a directive to all leagues in the world that players cannot be stopped from playing for their national teams. Hopefully we can get Kai (Sotto). Just like in Japan, we know that at some date, I think until the 28th of this month, then Dwight Ramos, Kiefer and Thirdy Ravena, and Ray Parks, they’ll be available by then and we hope the same for Kai,” Reyes said.

The federation is also looking to bring back naturalized center Ange Kouame from Ateneo with UAAP taking a break from November 6-16, while the PBA are scheduled for a long break, playing their last match of the month on October 30 and returning on November 4 before the team’s departure on November 7.

On Monday, Gilas returned to training with 10 players taking part in the weekly session.

Naturalized player candidate Justin Brownlee was asked to rest as he was under bad weather, while Kouame had school commitments.

Pro basketball players in the spotlight in France