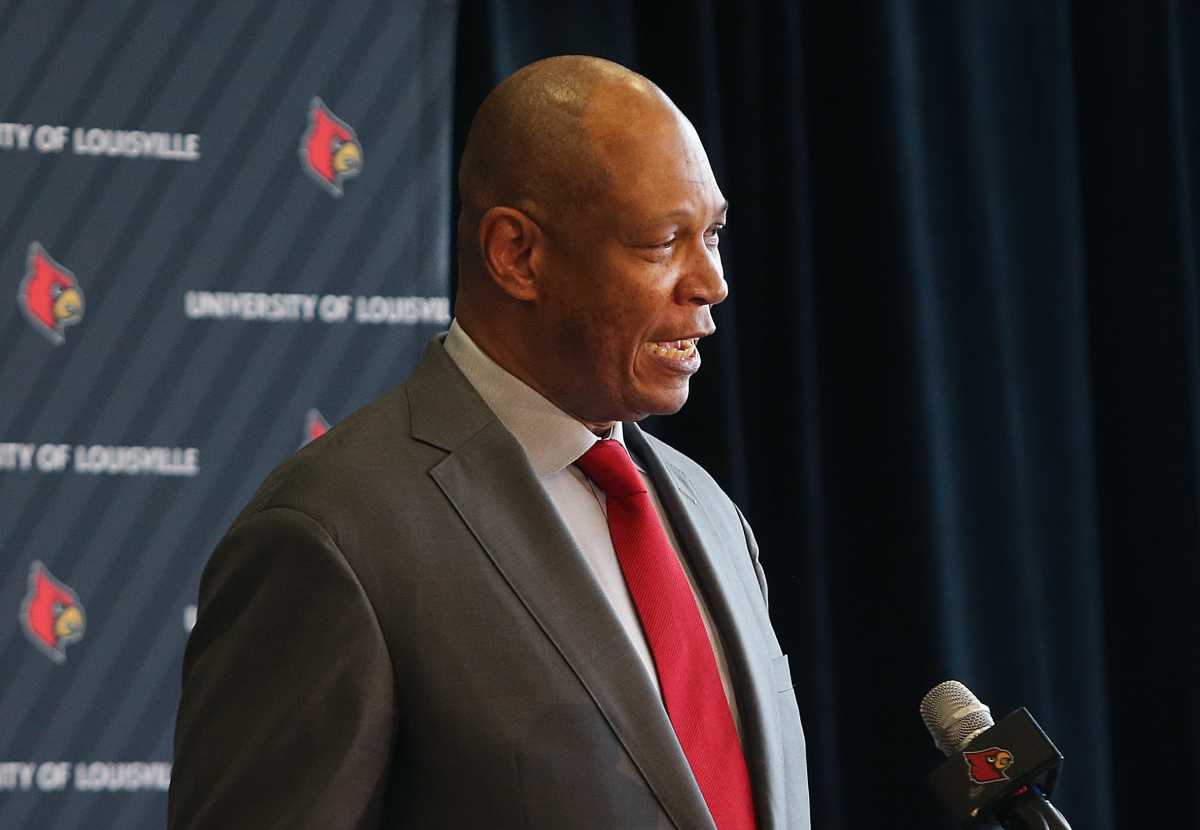 His introductory press conference featured a who’s who of notable and influential figures in attendance, including many former Louisville players and coaches, Mayor Greg Fischer and Governor Andy Beshear.

While the bulk of Louisville’s current roster was out of town over spring break, a trio of current cards were in attendance: El Ellis, Dre Davis and Jae’Lyn Withers.

The presser was not the first time he had met his new head coach. Just before, the three spent “45 minutes to an hour” talking to Payne in the locker room at KFC Yum! Center.

Asked about his first impression of Payne, Davis simply replied with “Wow”, Ellis also saying he “loved what he had to say”.

During his press conference, Payne continually preached a message of humility that he had been chosen to lead his alma mater. He conveyed the exact same message to Ellis, Davis and Withers.

Instead of using the meeting to tell the players what kind of program he would be leading, Payne took the opportunity to try to relate to the player regarding the difficulties he had just endured. Louisville went 13-19 last season and parted ways with Chris Mack in January.

“Having the reunion that we did was the right way to go,” Davis said. “Not coming in and saying, ‘this is what I want to do,’ but just saying I understand what you’ve been through.”

Ellis and Davis finished the 2021-22 campaign as Louisville’s third and fourth leading scorers, respectively, with 8.7 and 7.4 points per game. Withers struggled for much of the season, scoring just 5.8 points, but finished strong down the stretch.

All three have the ability to enter their names into the transfer portal, which is not uncommon in college basketball after a coaching change. Louisville has already seen a player enter the portal in reserve big man Gabe Wiznitzer.

But for now, the trio – and the rest of the team – have committed to building a relationship with their new head coach and are implementing the process.