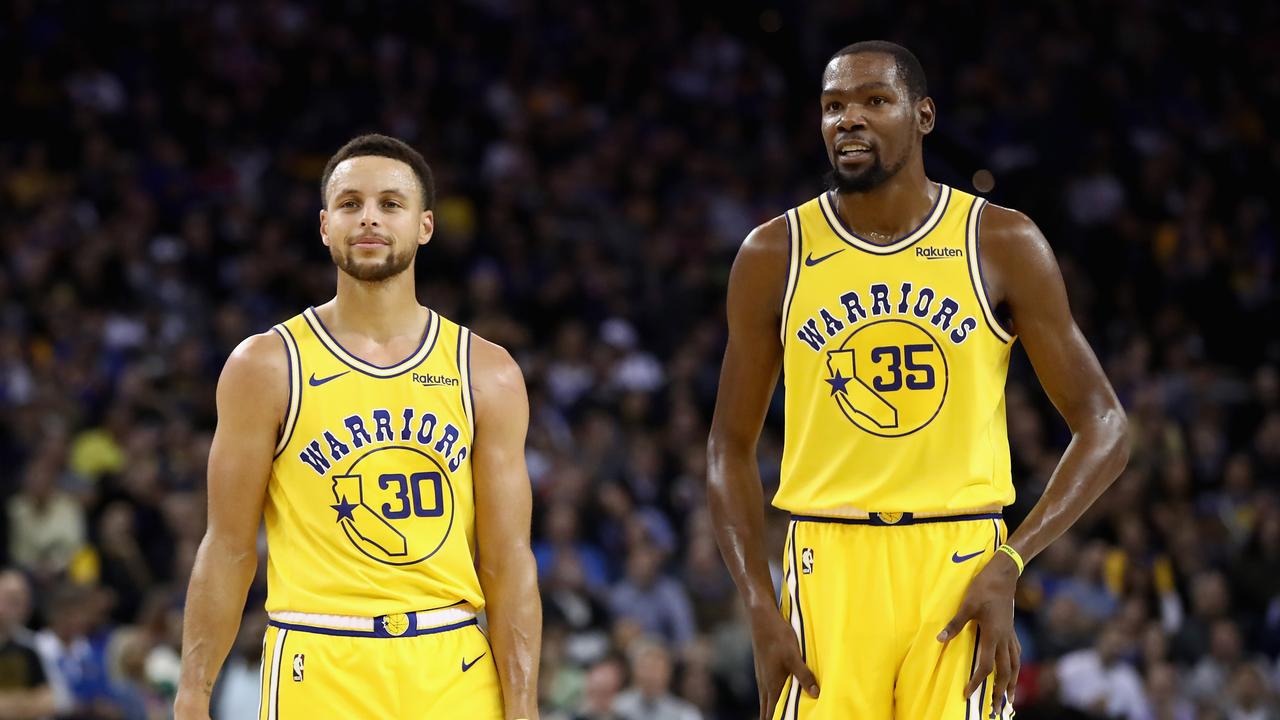 If Stephen Curry is going to recruit Kevin Durant, it will not be public.

The Warriors superstar expressed his confidence in the future of a team that just won the NBA championship – and a team that could be among many to chase Durant, who has requested a trade from the Nets.

He wasn’t directly asked about Durant, his former Championship teammate, but he made it clear he hears the speculation – and likes the current Warriors crop.

“The rumor mill and all that kind of stuff is part of the nature of the NBA and the league,” Curry told Monte Poole.

“You take it for what it is.

“You know how quickly things can change, but I like where we are.”

They are in a very good position, winning a fourth title in eight years with a core of veterans (Curry, Klay Thompson and Draymond Green) and several youngsters who have made great strides (notably Andrew Wiggins and Jordan Poole).

“There’s a lot of optimism, a lot of energy about where we’re going,” said Curry, who knows better than anyone how quickly things can change.

The Warriors came one game away from another title in 2016, then signed Durant and moved on to an even greater superpower.

Acquiring him this time would be more difficult for several reasons, the most important being that much of their future would have to be mortgaged in a trade with Brooklyn.

A recent package offered by ESPN included Wiggins, Poole, Kuminga, Wiseman and several early rounders. Would the Warriors accept this?

The Nets couldn’t without getting creative because Wiggins is in a designated maximum rookie deal – just like Ben Simmons, and a team can only trade for one player on such a contract.

Favorite No. 3 Hoosier? Picking Indiana’s Favorite Basketball Players, One Number at a Time