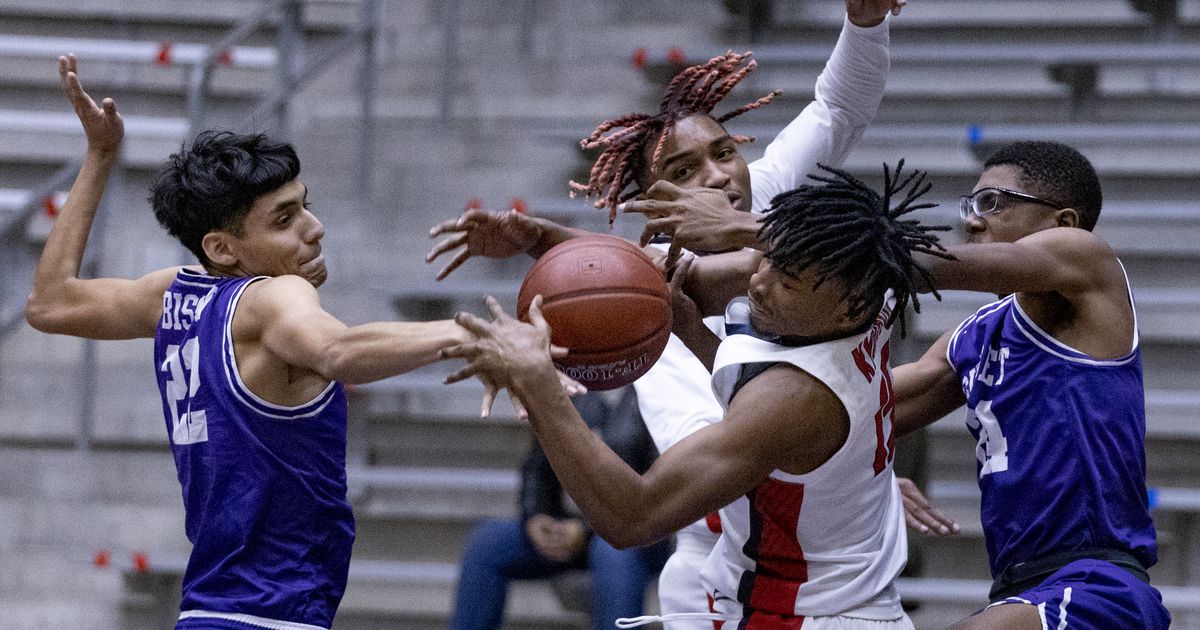 Led by proud coaches, Dallas-based men’s basketball teams ‘set up for the city’

Oak Cliff Faith Family boys’ basketball coach Brandon Thomas – and two of his assistant coaches – are Kimball graduates. The three played on the Kimball basketball teams that won the state title in 1996 and 1997 and now coach in the same city limits as their alma mater.

So, naturally, Thomas considers himself a Kimball fan.

Most of the time, at least.

“If there’s a program I’m shooting for, except when they’re playing us,” Thomas said. “And we lead 15 at half time and they come back and beat us like they did this year, it’s Kimball.”

So put aside the almost annual team meeting, and Thomas shoots for Kimball. Nick Smith, Kimball’s head coach since 2014, feels the same way about Faith Family, which is not an ISD school in Dallas but is based in Oak Cliff.

“It’s very proud, and not just among the players,” Mobley said. “That extends to the coaches. It’s usually us against each other, but when the playoffs start and we leave for the state, it’s usually Dallas basketball and D-FW basketball against everyone in the game. ‘State. We support each other.

When the South Oak Cliff football team won the 5A-II state championship a month ago and became the first Dallas ISD title winner since 1958, the rallying cry was not subtle. South Oak Cliff was doing it for Dallas.

That’s why 42,275 fans packed AT&T Stadium in Arlington to watch South Oak Cliff win over Liberty Hill. That’s why the team held a parade in their neighborhood on December 21, and another in downtown Dallas is scheduled for January 22.

Ask the basketball coaches around town and they’ll tell you that kind of pride is nothing new on the hardwood.

“He’s always been there,” Mobley said.

And as of Monday, four of those teams are well positioned in the Texas Association of Basketball Coaches state rankings. Kimball (16-6) is ranked third in 5A, while 21-4 Faith Family (first) and 18-7 Carter (fourth) are in the top five in 4A. Madison (22-7) is the highest ranked team in 3A.

“It’s a slogan we like to take with us,” Mobley said. “Put on for the city. It’s really very proud for us. We are the only 3A public school [in Dallas]. So when we go to the playoffs, it’s like us against the state.

So what has made Dallas high school basketball successful over the years? It depends on who you ask.

“There was a time when there were people outside of our city who thought the coaches downtown weren’t good coaches,” Smith said. “That’s just not true.”

Thomas said it was because the best players stayed in Dallas. His Faith Family team, which includes three nominees for the McDonald’s All American game (seniors TJ Caldwell, Isaiah Jones and Brandon Walker), is a representation of this. The same goes for Kimball senior Arterio Morris, a five-star signing from Texas who stayed in Dallas despite plenty of opportunities to play at prep schools in Texas and across the country.

Wilmer-Hutchins head coach TJ Billups looks at the makeup of the athletes themselves.

It is possible – and likely – that each is correct. But as Smith, a Louisiana native who moved to Texas in 1998, said, there’s something about Dallas that makes the city worth playing for.

Smith said Kimball’s 1996 and 1997 teams will be honored at UIL state championship games in March.

And if what Mobley said is true and a Dallas-based team plays in San Antonio, chances are the rest of the city’s coaches will be there to figure it all out.

A decade of success in Dallas 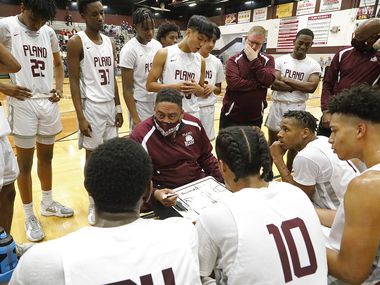