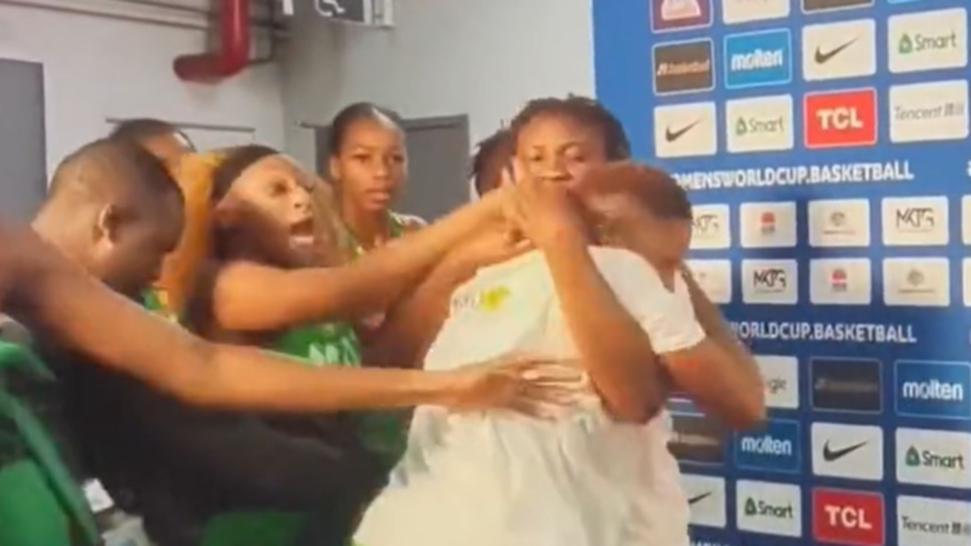 Two players from Mali’s women’s basketball team were filmed physically fighting after their World Cup loss to Serbia in Sydney.

The fight between Salimatou Kourouma and Kamite Elisabeth Dabou broke out during a post-match interview with Serbian Sasa Cado in the mixed zone and was caught on camera by a Serbian press camera.

Kourouma is seen throwing at least three punches before his teammates rush in to break the pair.

Kourouma is under contract with Stade Malien, a professional team based in Bamako, the capital of Mali, while Dabou plays for Center Dorinthie Basket.

Mali qualified for their second World Cup as a late replacement for Nigeria, who pulled out citing administrative difficulties around the sport in their country.

The lowest ranked team in the tournament at world number 37, Mali have lost their first four games of the tournament and are no longer in contention for the knockout stage.

The Malians were somewhat competitive in the patches, but a 118-58 loss to Australia was a low point. They have yet to face Group B co-leaders Canada, who were undefeated until Monday night’s thrilling three-point loss to the Opals.

FIBA did not immediately return AAP’s request for comment.