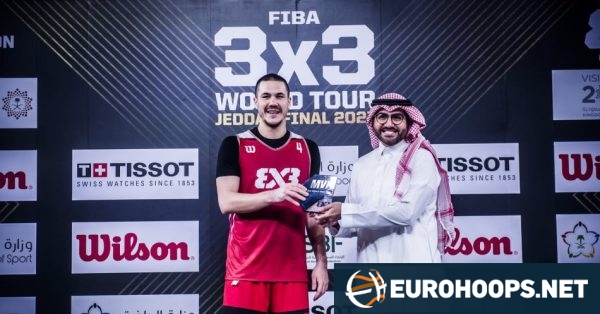 He led Serbian side Liman to their first-ever FIBA ​​3×3 World Tour title with five wins in as many matches on December 17-18. His team beat Gagarin and Sakiai in Pool C, before defeating Lausanne in the quarter-finals, Antwerp in the semi-finals and Gagarin in the final.

Vasic, 28, ranked first in player value and second overall in scoring, as noted by FIBA.

The 28-year-old Serbian star ranked first in player value (the metric used in 3×3 to statistically measure the best individual player), second overall with 31 points in 5 games and led Liman to his first-ever FIBA 3×3 World Tour Title.

Jeddah was the capital of 3×3 basketball for the second consecutive year. The most important 3×3 basketball event of the year after the Olympics took place in the city of Saudi Arabia with the 12 best teams in the world.