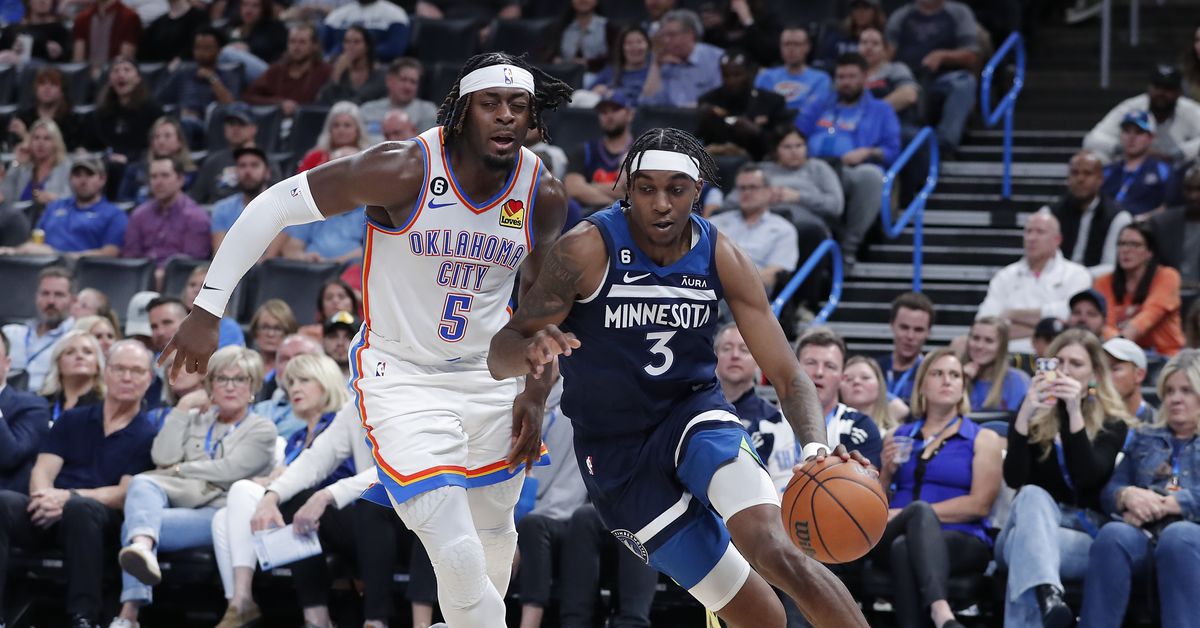 Week one is in the books for the Minnesota Timberwolves, and we’ve been exposed to a multitude of emotions. The simple return of the Timberwolves basketball was a gift, but entering the season with real expectations was a new sensation. In typical Timberwolves fashion, however, the build-up to the season hasn’t been entirely smooth.

Their off-season acquisition Rudy Gobert played minutes after an extended FIBA ​​run with France, and Karl-Anthony Towns battled another serious illness; resulting in pairing that will take time to get to grips with very limited live game reps.

Luckily, the Timberwolves start the season with plenty of opponents who, on paper, shouldn’t present much resistance. Well, we quickly found out that wasn’t the case as the Timberwolves struggled with the Oklahoma City Thunder, fell to the Utah Jazz, then worked against the Thunder again before retire in the fourth quarter.

Here are the biggest takeaways from week one.

Minnesota started their three games incredibly well as they outscored their opponents by 41 points while averaging just under 36 points in the first quarter. Sadly, that same attention to detail, fire and quick turnaround didn’t carry over into the half-time break. Instead, the Timberwolves continually came out flat, allowed their opponents massive runs, and failed to pull away to put the game to bed.

One of the big concerns with the Gobert trade was the departure of leadership, defense, intensity and versatility. I know it sounds corny, but the emotional and mental impact that Patrick Beverley and Jarred Vanderbilt provided last season was crucial to their success. Their style of play made it impossible for others not to match their energy. That simple act of leading by example did wonders for Wolves last season. So far this year, we haven’t seen anyone fill that void.

These numbers are not only encouraging, but also enduring for him. There will inevitably be at least a small dip in Gobert’s individual rebounding numbers as they face teams that actually have a center, but he’s holding his end of the bargain. Individual rebounding stats are important and revealing, but rebounding is a team challenge. Based on the raw numbers, the Timberwolves have been excellent at breaking glass. They are second in offensive rebounds per game (15.7) and second in defensive rebounds per game (40.7).

Both numbers are impressive. Before we get carried away, however, it’s important to check the facts as well as the team’s rebound rates. First, the Timberwolves are third in the league with an offensive rebound rate of 34.5%. What this tells us is that Minnesota is rebounding 34.5% of all potential offensive rebounds. They make full use of their size and regularly generate additional possessions.

This offseason, the Timberwolves were able to sign several free agents who all had extensive playoff experience and were known to fans who aren’t just diehards of certain teams. The signings of Kyle Anderson, Austin Rivers and Bryn Forbes have fans excited as all three provided important traits that were lost in Gobert’s trade. These are signings that have been an encouraging step in the right direction in terms of rebuilding the depth of last season.

Unfortunately, we barely saw any of those three. Kyle Anderson has been limited due to back spasms recently, but the point remains, we have yet to see any significant contributions from free agent signings this year. Of the 745 available minutes played this season, these three signings have combined for 51 minutes, or 6.8% of available playing time. Moreover, they have a combined plus-minus of exactly 0.

At the time, these three signings seemed like guys who would contribute regularly. Obviously not at a level of 20 minutes a night, but certainly more than the tiny appearances to close out a half. Again, that will change one way or another once Anderson is healthy. However, it wouldn’t be surprising if Forbes and Rivers ended up being relegated to the role of “emergency icebreaker.”

Considering Anderson’s salary, size and versatility, there is a clear path to minutes for him unlike the other two. Forbes has logged 19 minutes this season in which he is at five under. If it weren’t for its revenue alone, Forbes would have an immaculate app for Club Trillion (where you get minutes but don’t log a single stat). Forbes’ total lack of production (0-5 shots) is not an encouraging sign. It won’t shock me when it’s inevitably high five three this week because it can get hot. The worry, though, is this game coming while he can still gain the confidence of the coaching staff, or does it come too late once the rotation has been set in stone?

Rivers’ path to minutes has always been more clunky, but he knows how the game works. If he is called, he must produce. So far, Rivers is at two under in nine minutes with zero points and one rebound. To be fair, the on-site minutes Rivers received were more for defensive purposes. Still, it’s surprising that it hasn’t been watched more, especially in an effort to tame some of those awful third trimesters.

We should never have expected any of these guys to be a starter, especially after the Gobert trade. However, most of us thought they would at least be contributors. As the season progresses, the possibility of Forbes and Rivers earning a regular rotation spot will likely diminish. Anthony Edwards and D’Angelo Russell won’t be losing their opening minutes anytime soon. Jaylen Nowell is on a warpath in a contract year, so good luck with that. Jordan McLaughlin is one of Coach Finch’s favorites and a constant presence on the bench. Unless the injury bug starts to hit, I don’t see many situations where Forbes or Rivers can find actual minutes.

Starting the season at 2-1 is good. This team should be 3-0, but given some of the adjustments they’re still working on, it could be worse. Anthony Edwards finally looked like the superstar we’ve come to expect against the Thunder on Sunday night. Jaden McDaniels continues to show overall improvement. Jaylen Nowell is out of blood as he chases a new contract and potentially a Sixth Man of the Year award if he continues like this.

There has been a lot to like on an individual level, but as a team there is still so much to improve. As we head into week two, keep an eye on how the team is defending and bouncing back. They don’t seem like a cohesive group yet, but it’s still very early in the process.

Women’s basketball teams back on the ground