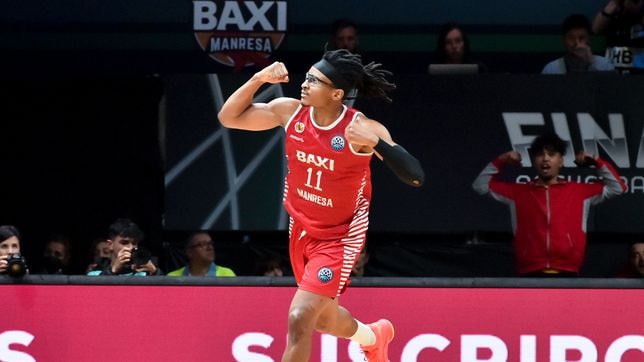 Chima Moneke’s dream has come true. The player will go to NBA. He has just been signed by the Sacramento Kings for next season. This was first revealed by Sean Cunningham of FOX, but contract details are still unknown. The 26-year-old Nigerian receives this opportunity after training in the United States and excelling in European basketball for the past few years.

Moneke joins the Kings from Baxi Manresa, the side he broke into in the 2021/22 season. With Manresa, he was the FIBA ​​Champions League MVP, averaging 13.3 points and 6.1 rebounds, and was close to winning the award in Spain’s Liga Endesa, losing to Dzanan Musa despite having 14.5 points and 8.2 rebounds. Moneke had the option of extending his stay at Manresa, as well as an exit clause, and ultimately opted to trigger the latter after receiving the call from the NBA. This will be his first experience in the North American league.

We can expect Moneke to fit in well with the Kings, as head coach Mike Brown and his assistant, the Spaniard Jordi Fernández, had him in their ranks last summer when they led the Nigerian team to the postponed Tokyo Olympics. However, the power forward was dropped from the final list after being involved in the Nigerians warming up for the Games. The relationship between the bench and the player doesn’t end there: Pedro Martínez, his coach at Manresa last season, was with the Kings earlier this month to learn first-hand how the franchise worked, so it’s predictable that there was a recommendation from him.

For the Kings, Moneke’s arrival means another potential rookie won’t be joining. The franchise had tried to bring in Sasha Vezenkov after securing his rights for the competition and after his good work with Olympiacos in the EuroLeague, which led to him being named in the tournament’s ideal starting five in 2021/22. However, the talks were unsuccessful and the Bulgarian international striker will stay in Europe for at least another year. This paved the way for Moneke to move to Sacramento.

Favorite Hoosier No. 12? Picking Indiana’s Favorite Basketball Players, One Number at a Time