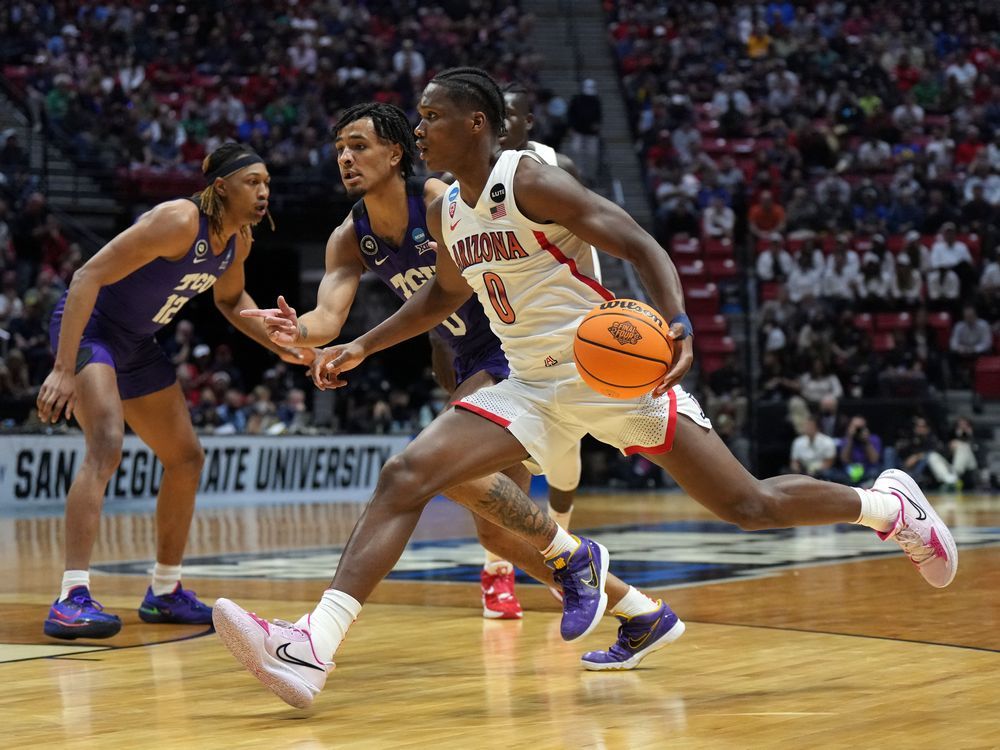 Montrealer, Pac-12 Player of the Year Bennedict Mathurin declares himself for the NBA Draft

Bennedict Mathurin, native of Montreal North and star of the Arizona Wildcats, declared himself for the 2022 NBA Draft, making the announcement on his Instagram account.

During a stellar two-year stint with the Wildcats, the 6-foot-6 guard was named 2022 Pac-12 Player of the Year, Second-Team All-American, Wooden Award All-American and Most Outstanding Player of the Pac-12 tournament.

Arizona was the No. 1 seed in the South Region last March Madness NCAA Tournament, where Mathurin helped his team reach the Sweet 16, before being eliminated by the Houston Cougars. It was Mathurin who provided the tournament with one of its best moments, dunking TCU’s 6-foot-10 center Eddie Lampkin Jr.

Mathurin’s road to Arizona began in Montreal North, where he was born and raised, playing hockey, football and basketball. Deciding to focus on basketball, Mathurin attended the NBA Academy Latin America in Mexico City before committing to Arizona as a 6-foot-6 four-star recruit in 2019.

Last summer, Mathurin was selected to play for Team Canada at the FIBA ​​U19 World Cup in Latvia, where he averaged 16.1 points and four rebounds. He had two 30-point games in the tournament, the first against Japan and the other in a bronze-medal victory over Serbia, in which Mathurin was 11 for 11 from inside the arc. three points and nine of 10 from the Free Fire Line.

After being projected as a late pick in the first round of the NBA Draft after his freshman season at Arizona, Mathurin decided to stay with the Wildcats to hone his skills. The bet appears to have paid off as he could end up in the top 10 lottery picks in this year’s draft.

Sign up to receive daily news from the Montreal Gazette, a division of Postmedia Network Inc.

Thank you for your registration!

A welcome email is on its way. If you don’t see it, please check your spam folder.

The next issue of Montreal Gazette Headline News will soon be in your inbox.

We encountered a problem during your registration. Try Again