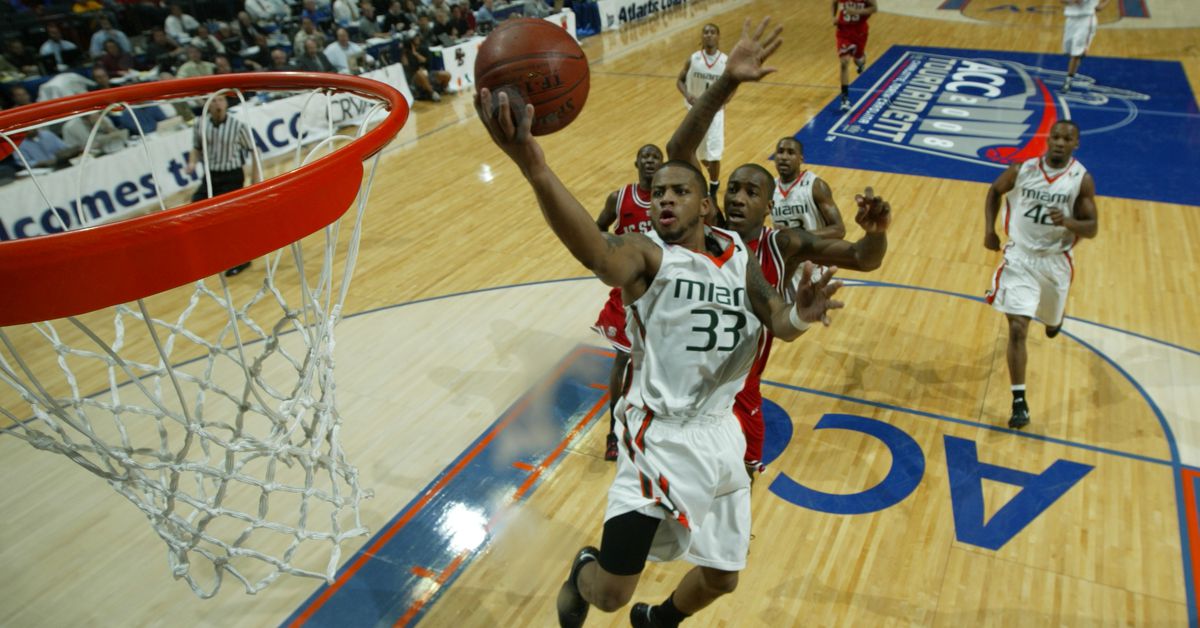 We are officially in March. Miami Hurricanes basketball has exceeded expectations this season and should be a tournament team. Good product. There have been many entertaining UM players over the years, including some future NBA guys. I want to focus on my favorite former Hurricanes basketball players who didn’t have a career in the NBA, but played hard playing for The U. Let’s go in descending order to build the suspense!

Durand Scott arrived after winning the 2009 state championship with Rice High School in New York, the year after Kemba Walker left for UConn. Scott immediately had an impact on the Hurricanes, making the 2010 ACC All-Rookie Team and the ACC All-Tournament First Team. His game has steadily improved, and his senior year was something to remember: 2013 ACC Defensive Player of the Year, first-team ACC All-Tournament for ACC Champion Rods, and a hit the Sweet 16. Not a bad way out. I’ve always loved watching Durand; he broke his ass in defense, was a streaky shooter and made a million freestyle lay-ups in his four years. The kid from the Bronx was a real Miami Hurricane.

The St. Petersburg native known as “Ant” was the Swiss army knife of Miami basketball in his day. Keep the other team’s best player? Sure. Play point guard when Chris Lykes misses several games? No problem. Ant was a constant, making the perfect basketball game almost every time. Seeing him sometimes lose his temper and go crazy after making a big play or an and-1 always excited the team. I was getting fired, and I was a lazy bum on my couch drinking a beer. Ant forever.

Big T has been the Miami Hurricane’s most successful player for many years, winning the 2013 regular season and ACC Tournament Championships and two Sweet 16: 2013 and 2016. He has been the defensive mainstay of his last three seasons. Watching Tonye block and modify shots throughout the game was awesome. On offense, he had a solid postgame and a nice shot from the free throw line. What I liked the most about Tonye is his impact on games in so many ways. He could get a bucket when needed, was a willing passer, and always smashed the boards. It makes sense that he was the most successful as a team because he was a selfless player and a true leader in his Hurricane teams.

One of my best friends went to FSU and was a frat brother with Andrew Wilson, the former Seminoles sixth man. Wilson was a senior in 2006, Diaz’s third and final season with the Canes. Wilson told my friend that of all the guys he babysat while in college, Diaz was the toughest cover. Wilson played a lot and had to keep other top ACC players: Rashad McCants, JJ Redick, Anthony Morrow and Jared Dudley. All of these guys played in the NBA. It shows how athletic and unpredictable Diaz was. He made the All-ACC second team his final two seasons. That said, I really believe Diaz was underrated, he was kind of a conference player of the year. Additionally, he was unstoppable in NCAA Basketball 2005 on Sony Playstation. I would play like Miami and beat my UNC loving buddies by scoring with just Robert Hite and the one and only Guillermo Diaz.

I know my photo up top spoiled it, but J-Mac is the most entertaining Miami Hurricane basketball player of the 21st century. Even though he started his college career in Siena, he became a UM legend on the hardwood. A two-time All-ACC first-team selection, we’ve never been out of a game with Jack. It was a one man comeback. His shooting on three was on point, averaging 44% in his three years in Miami and a career-high 45.3% his senior year. Not to mention being automatic from the free throw line: 90% in Miami, leading the ACC in 2008 and 2009. Whether it’s hitting two three-pointers in the final two minutes to upset Virginia, that makes the winning game against Maryland, or scoring his career high in his first NCAA Tournament game against Saint Mary’s, Jack won the Canes time and time again. Hopefully this year’s team can find some of their magic again in March.