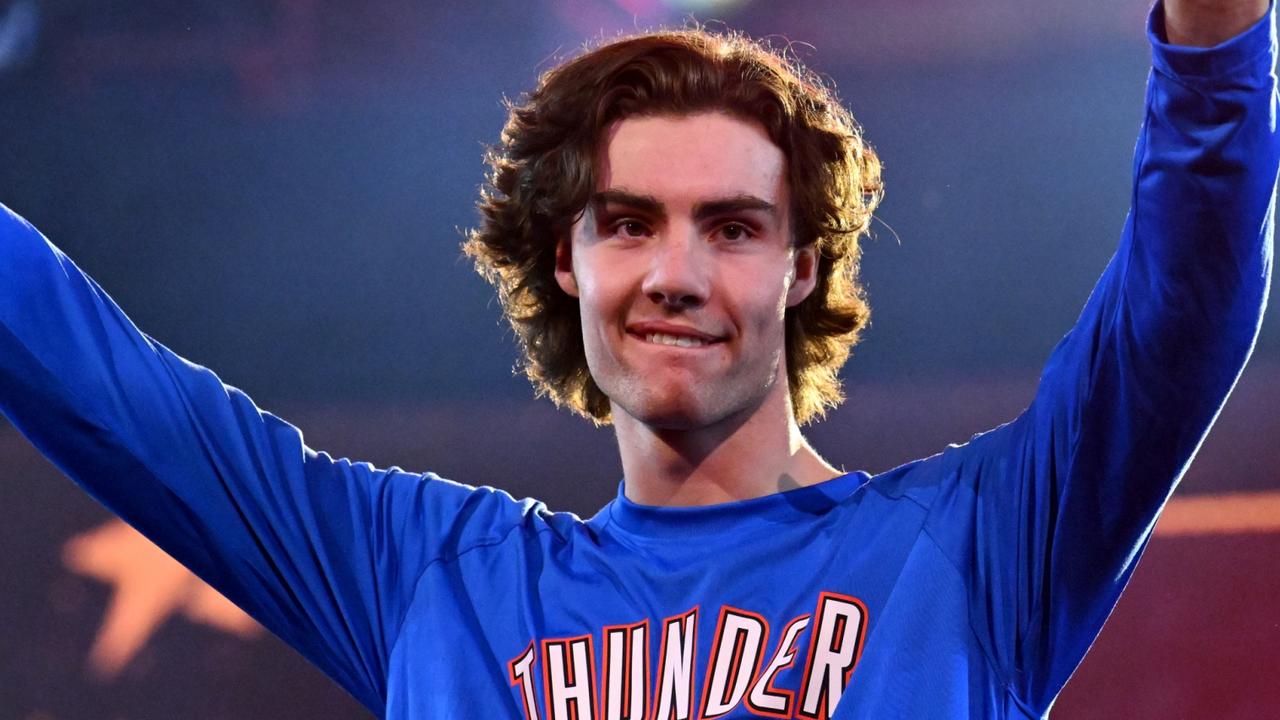 Josh Giddey says he’s determined to take his game to the next level and make sure there won’t be any sophomore blues after his stellar NBA rookie campaign with the Oklahoma City Thunder.

The 19-year-old exceeded expectations in his first season, impressing with his all-court playmaking skills and breaking the record for the youngest player to score a triple-double in NBA history.

But Giddey hasn’t played in an actual NBA game since suffering a hip injury in March and he’s looking forward to getting back on the court when the new season begins next month.

“It’s getting closer, the guys are excited,” Giddey told news.com.au.

“The offseason has been good, I’ve worked on things that I need to work on. Back to OKC now, the team is together, all the guys are excited and ready to go.

Giddey has been spending a lot of time in the gym this offseason to make sure his body can withstand the rigors of an 82-game marathon NBA season.

“Yeah, the body feels good, ready to go,” he said.

“We have excellent medical staff here and they are taking great care of all of us. They’ve been great with me, just fine-tuning the things I need with my body. Obviously it was important to take care of that hip last year.

“I spent a lot of time in the weight room making sure that those little issues that happen throughout the year can be avoided as much as possible and that I can go through 82 games in good health.

“It’s a long season, so taking care of your body is a very important part of being an NBA player.”

Oklahoma City is in the midst of a lengthy rebuild and has set out to amass numerous draft picks in hopes of vying for a championship later this decade.

One of those picks turned into seven-footer Chet Holmgren, who was taken by the Thunder at No. 2 in the NBA Draft.

Holmgren and Giddey gave fans a tantalizing glimpse into the future when they played side by side at the Summer League earlier this year.

But Holmgren is unlikely to play an NBA game this season after suffering a foot injury from Lisfranc in an exhibition game last month.

It’s a blow for OKC, who finished second-to-last in the Western Conference standings last season and are expected to struggle to reach 30 wins again.

But Giddey, who will take on more responsibility alongside franchise star Shai Gilgeous-Alexander, is optimistic and said the Thunder’s goal is to improve and be competitive with every game.

“The common goal around the group is to be better than we were last year,” he said.

“I will say the same next year, you want to keep improving gradually. It’s difficult to go from a team in reconstruction to a champion team in one year.

“I think being competitive every night is something we want to be proud of. There were nights last year when it was obvious that the teams were more experienced, older and more talented than us.

“But I think this year if we can come out with the mentality that we can compete with anyone, that will put us in a good position for the future.

“I’m excited for this team, they’re a hungry group. The guys have been working this summer so I’m excited to see what we can do this year.

Giddey impressed in his rookie year, but missing part of the season through injury, he was overlooked for the Rookie of the Year award and selection to the NBA All-Rookie First Team.

Snubs clearly weren’t for him back then, but Giddey is focused on improving and letting his basketball do the talking.

“At the end of the day, I can’t decide who is on which team, it just happens,” he said.

“The guys that made the first team were all deserving. It’s a stacked rookie class we had last year and there’s talent from top to bottom. I don’t really think about it other than you are moving forward now.

“Twenty years from now, nobody’s going to be like, ‘Josh made this team or this team’. So it’s not the end of the world for me.

“I’m excited for this year. Not just me, but I’m sure those other rookies are working this summer with points to prove and I think it’s going to be an exciting season.

The only criticism of Giddey’s game so far has been his shooting and ability to hit the scoreboard.

But that could change after legendary shooting guru Chip Engelland joined the Thunder this offseason as an assistant coach after a long stint at the San Antonio Spurs.

“Shooting has been important to me this offseason,” Giddey said.

“I spent a lot of time in the gym taking punches. Obviously having Chip England here – one of the best shooting coaches if not the best in the world – here at the Thunder is someone who is perfect for me to use as much as possible. He was great.

When asked if Engelland had changed his shooting style, Giddey replied: “Not really. Chip is hard to explain. He’s a wizard with what he does.

“It’s not unorthodox, but it’s different from every other coach I’ve had who said, ‘Shoot this way.’ Chip is one of the best guys I’ve met. He’s obviously been doing this for so long with San Antonio.

“When I found out he was coming to OKC I was very excited for it and knew he was someone I was going to spend a lot of time with. He’s been great and I can’t wait to continue to work with him.

Giddey is already one of the biggest names in Australian basketball and he was rewarded with a strong ranking of 82 in the latest edition of the NBA2K video game released last week.

“It’s very cool to be part of a game that I’ve been playing for so long,” he said.

“To be in it now, it’s a lot of fun to play with my teammates and myself. The ranking, I’m happy.

“Second year to be where I am, it’s 2K so I’m happy with the grade and can’t wait to see the differences from last year to this year.”

The Boomers jersey will also be available for players to use in NBA 2K23.

“It’s good that Australia has this recognition,” said Giddey.

“He’s ranked third in the world for basketball now. That the Boomers and Australia as a whole get this recognition and that says a lot about how basketball has progressed in this country. “Being on 2K is proof of that and I’m really excited to play with these guys.”