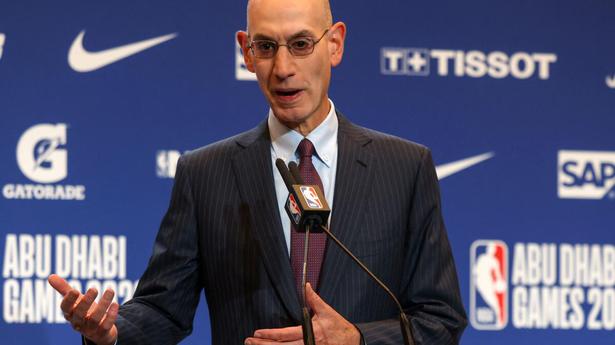 Building on the success of the NBA India Games 2019, NBA Commissioner Adam Silver said the league plans to return to India as soon as possible.

The NBA India Games 2019 featured two pre-season games between the Sacramento Kings and the Indiana Pacers in Mumbai.

“We plan to come back to India. Playing the two pre-season games in Mumbai was an amazing experience. Both teams absolutely loved the experience. We also have (Sacramento Kings owner) Vivek Ranadive, who was born in India. It was a great experience, but everything was put on hold because of the pandemic,” Silver said at a press conference in Abu Dhabi on Thursday.

“We have 30 teams in the NBA so we can engage with fans from many different continents and countries. We have had discussions about returning to India as soon as possible,” Silver said.

The development of the sport in India is the league’s main objective, Silver added. “Although the pre-season games are special, it is just a moment in time. What we are really focusing on is developing the game all over India. We will be working with FIBA (international basketball federation) to run more clinics, more academies and to help distribute the game better in India,” Silver said.

Silver said young French striker Victor Wembanyama could be the league’s next big star. Wembanyama is considered one of Europe’s hottest prospects and is touted as the No. 1 pick in the 2023 NBA draft.

“I could jinx a player by naming him the next big thing,” he said.

Victor certainly has all the attributes to be a true game-changer. NBA teams are salivating at the thought that they might have him,” Silver said.