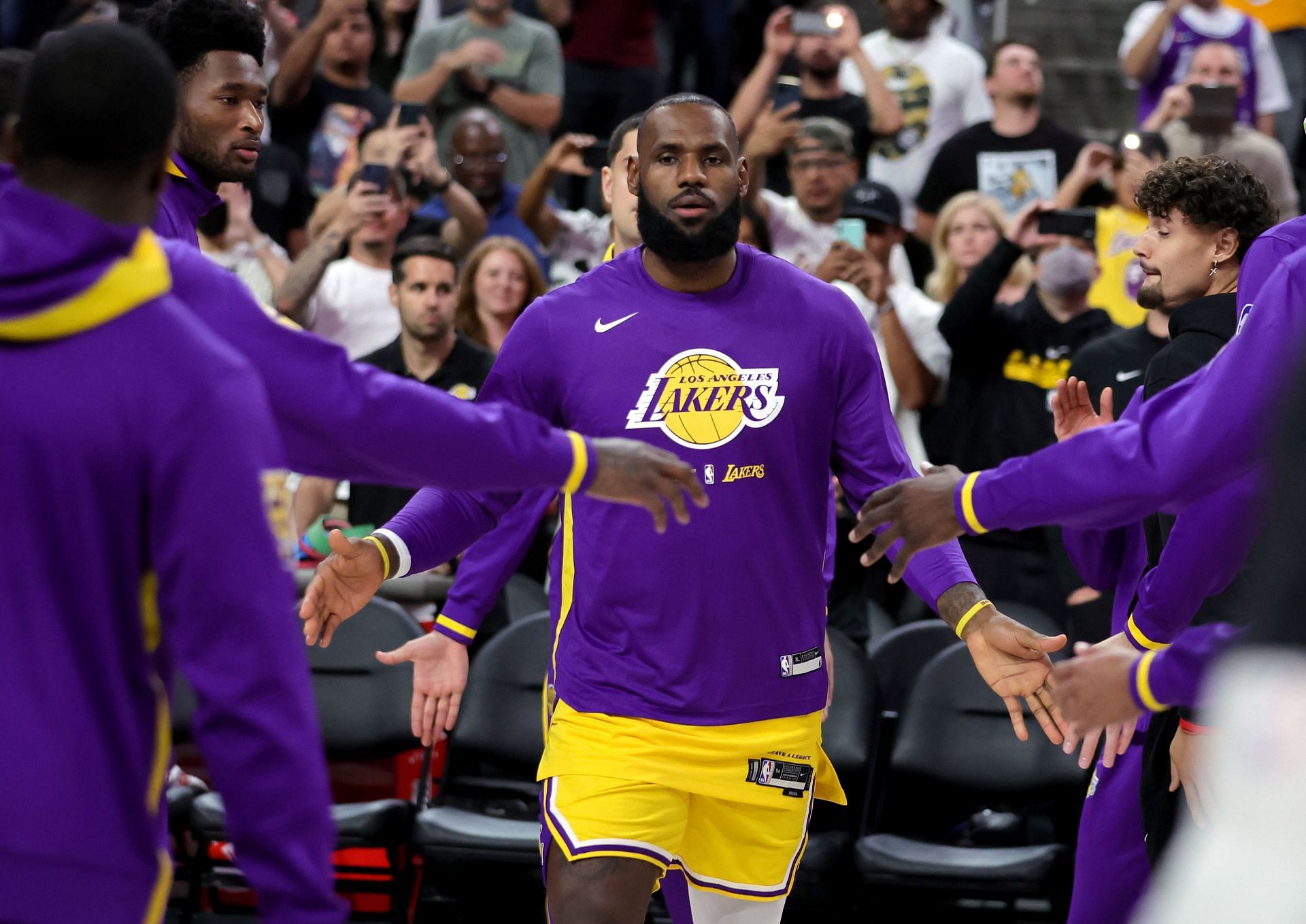 LeBron James is the only active NBA player to be a billionaire. One of the reasons is his lifetime contract with Nike. However, a former NBA player has claimed that ‘The King’ received $1 billion from Nike to keep quiet about allegations of human rights abuses in China.

On that note, here’s the latest NBA news roundup for October 8 brought to you by Sportskeeda:

Draymond Green hard-hitting Jordan Poole in practice took over the NBA less than two weeks before the start of the season. With the video of Green’s punch leaking to the public, the fallout from the situation began. A wrongful victim is Bobby Portis of the Milwaukee Bucks.

Portis’ name has been mentioned as an example of a player hitting a teammate. He punched his then-teammate Nikola Mirotic during practice for the Chicago Bulls. The NBA suspended him for eight games, while Mirotic missed 23 games due to facial injuries he suffered.

The Bucks big man is upset to be used as an example because it’s a different situation. Mirotic charged Portis twice before being knocked down with a punch. Portis’ reputation was tarnished by the incident, but he has turned things around since joining the Bucks.

Several human rights organizations have denounced China for its treatment of the Uyghur people. Nike is one of many companies linked to alleged forced labor factories in China.

“LeBron James got a billion dollars from Nike, the anti-human, neoliberal, Marxist, globalist establishment, which is also the church of LGBTQ,” White said on the Podcast “Free Sports”.

“He received this billion dollars to keep quiet about the greatest humanitarian crisis of our generation. That is the two million people placed in concentration camps in China for no other crime than to be Muslim .

“Now he won’t talk about this. Why? Firstly, it’s an economic injustice he did to take this gain to shut up because in reality he should have asked Nike for $40 billion. He should have gotten at least $500 million a year, maybe a billion dollars a year because Nike makes $40 billion in revenue a year, it’s at least 1/40th of their business value and influence.

says Royce White @King James was paid $1 billion by Nike to keep quiet about the 2 million Uyghurs in concentration camps in China. 🤔 What do you say LeBron?

says Royce White @King James was paid $1 billion by Nike to keep quiet about the 2 million Uyghurs in concentration camps in China. 🤔 What do you say LeBron? https://t.co/SCDLBsYmmb

White’s claims about James are baseless, but it’s true that the LA Lakers superstar has remained silent on Nike’s situation in China. It’s the same reason Enes Kanter Freedom called out James, as well as Michael Jordan, last season.

Joel Embiid of the Philadelphia 76ers was born in Cameroon but holds French and American citizenship. Embiid recently became a citizen of the United States last month. This means he could play for France or the United States in the next Paris Olympics in 2024.

According to The Associated Press’ Tim Reynolds, Team USA and France are doing their best to sign the Sixers superstar. Embiid would make the Americans more unstoppable, while joining France would make them formidable gold medal challengers.

It was reported earlier this year that Embiid will opt to play for France in the FIBA ​​World Cup next year. That was until his American citizenship became official, making his decision to represent one of the two countries more important.

The United States basketball team is looking to beat France through Joel Embiid’s international basketball commitment as they are interested in the recently naturalized French star of the Sixers, per @TheSteinLine

The United States basketball team is looking to beat France through Joel Embiid’s international basketball commitment as they are interested in the recently naturalized French star of the Sixers, per @TheSteinLine https://t.co/h6ck0IPSg8

The video of Draymond Green knocking Jordan Poole into oblivion has taken the NBA by storm. The Golden State Warriors may have downplayed the situation, but it looks more serious. While a lot of people were criticizing Green, someone was ready to give him the chance to use his fists legally.

YouTuber and undefeated boxer Jake Paul offered Green $10 million to step into the squared circle. Paul wants him to box under his most valuable promotions, but no opponent has been named. It may or may not be a serious offer, but Paul knows how to get people talking.

Draymond, I got $10 million for you to step into the ring in the next hottest pay-per-view promotions. Who do you want? @Money23Green

Draymond, I got $10 million for you to step into the ring in the next hottest pay-per-view promotions. Who do you want? @Money23Green

Paul is 5-0 as a professional boxer, with wins over former NBA Slam Dunk champion Nate Robinson and MMA fighters Ben Askren and Tyrone Woodley. He will face Anderson Silva later this month in what would be his toughest test yet.

Jamal Murray has left his second pre-season game since returning from an ACL injury. Murray limped into the locker room against the Chicago Bulls on Friday. The Denver Nuggets called the injury a sore left thigh, but Murray clarified it as a hamstring cramp.

“It was frustrating, but it’s okay,” Murray said. “It’s just a cramp. It’s not like it’s a pull, nothing serious. My body hasn’t had this much since boot camp, three-hour practices and all that. I guess I’m just adjusting to the workload, that’s all.”

The Nuggets fan can breathe a sigh of relief over Murray’s injury. The 25-year-old guard missed all of last season as he recovered from a knee injury. He’s an important player for a Nuggets team with NBA championship aspirations this season.