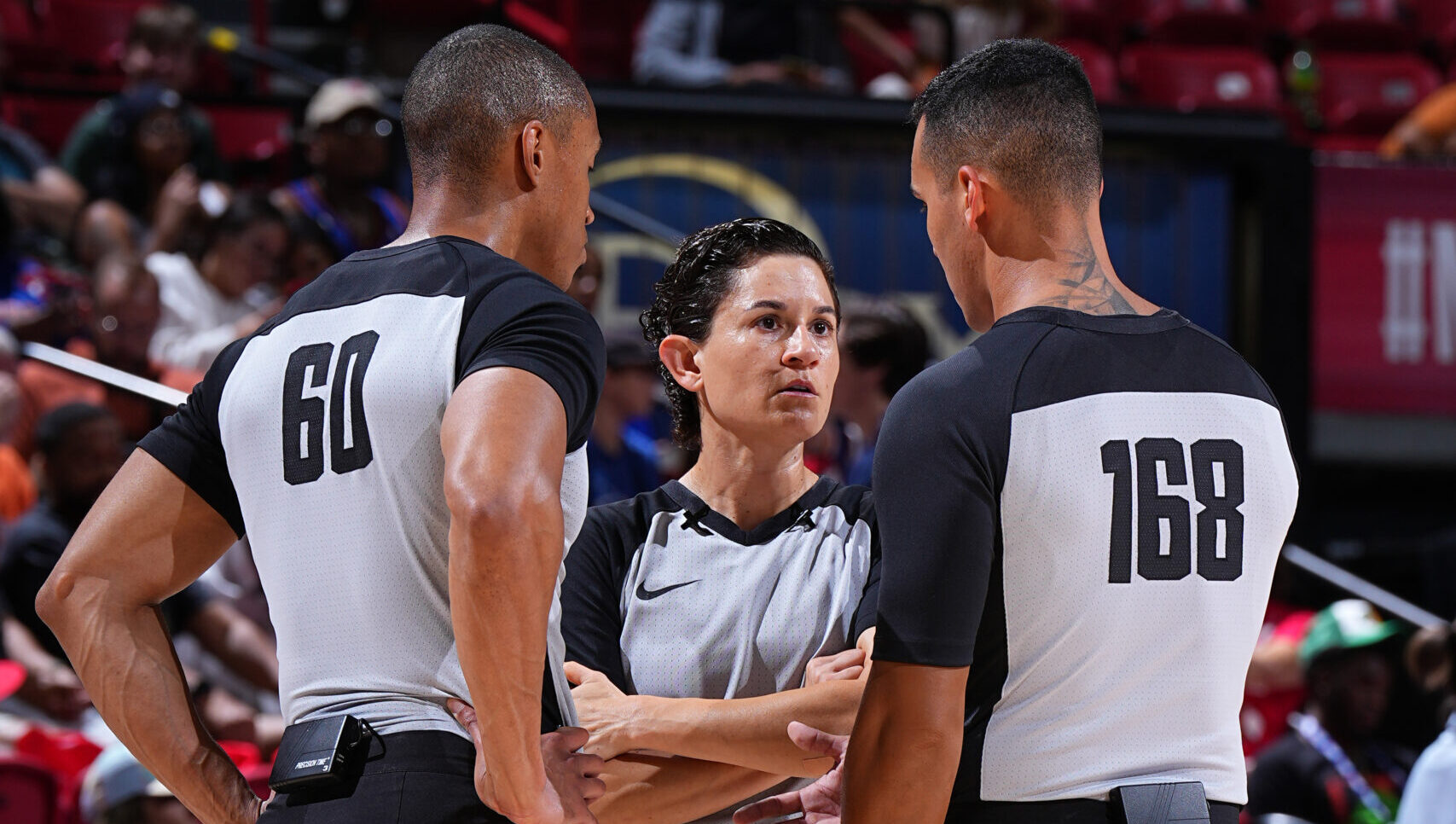 “Cheryl, Robert, Matt and Dannica have demonstrated the ability and professionalism required to be a full-time member of the NBA officiating staff,” McCutchen said. “We are delighted that they have reached this important milestone in their careers.”

Cheryl Flores served nine seasons in the NBA G League and 10 seasons in the WNBA. She worked the G League and WNBA Finals in 2022. Flores refereed 12 NBA regular season games as a non-staff official during the 2021-22 season. She has 13 years of collegiate officiating experience, including the Women’s Final Four in 2019 and the Women’s National Championship game in 2021.

Robert Hussey served five seasons in the NBA G League and two campaigns in the WNBA. He made the G League Finals and WNBA Playoffs last season. During the 2021-22 NBA season, he officiated 10 NBA regular season games as a non-staff official. Hussey officiated for five seasons at the college and high school levels.

Matt Kallio is the first international official to join the NBA’s full-time officiating team. The Edmonton, Alta., native has seven seasons in the NBA G League and four seasons of experience as a WNBA referee. He worked 10 NBA regular season games as a non-staff official during the 2021-22 season. Kallio has been a FIBA ​​official since 2012 and was slated to officiate at the Tokyo 2020 Olympics.

Dannica Mosher has four seasons of officiating experience in the NBA G League and five seasons in the WNBA. She appeared in the G League Finals and WNBA Finals last season. She also refereed 12 NBA regular season games as a non-staff official during the 2021-22 season. Her officiating career includes eight years at the college level and five years at the high school level.

Preview, schedule and stars to watch as the 77th League campaign begins