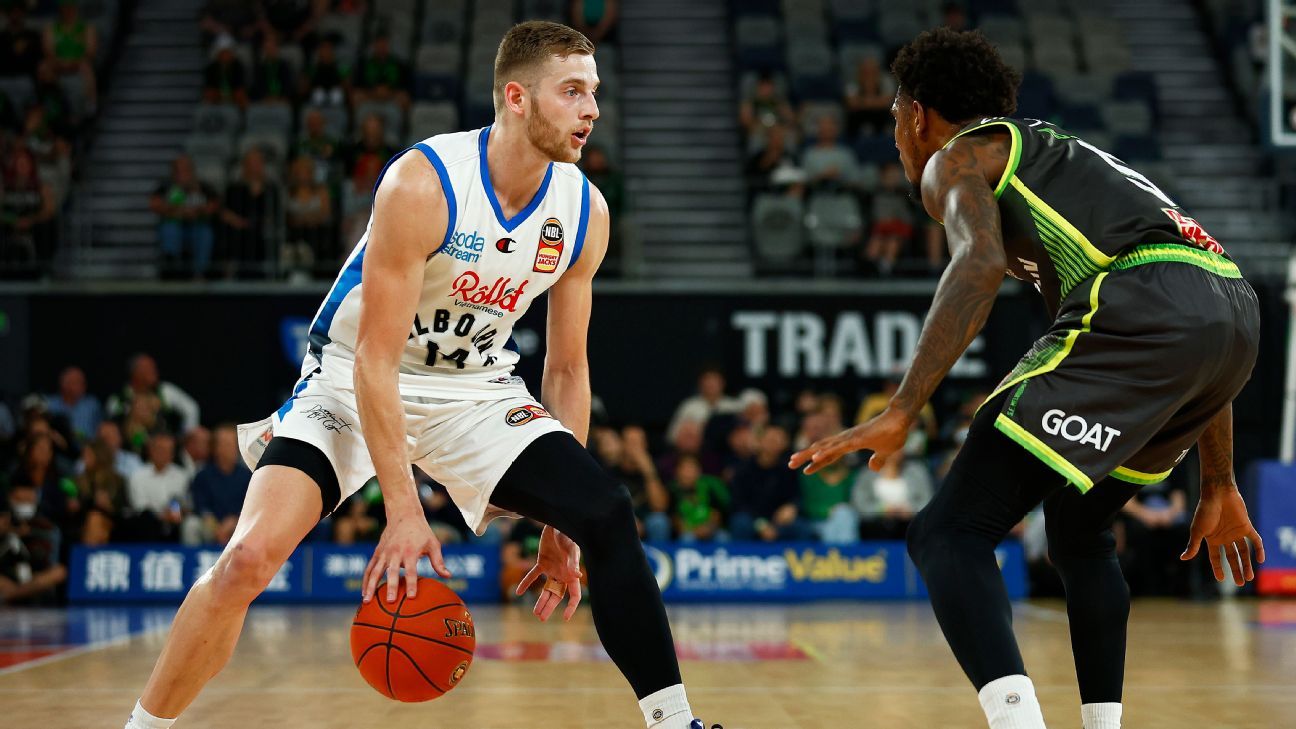 The upcoming FIBA ​​Basketball World Cup qualifying window in Melbourne presented a number of homegrown stars with a tough decision to make.

With that in mind, the inclusion of a Summer League-bound Jack White in Brian Goorjian’s squad was a welcome sight, with the versatile Melbourne United striker also committing to play in Las Vegas.

“I had planned to go to the United States this week and train in preparation, so I’m not jumping out of a plane with jet lag and trying to play. But during the process of sorting everything out, I got a call from Jason Smith who handles logistics with the Boomers, and I was thrilled with the call.

“It’s a difficult time with the last game on July 3 and the Summer League starting on July 7; it will be a bit difficult to sort out, but I’ve had a lot of support from Basketball Australia and the team I’m going to. The NBA team knew that was one of my big goals to play with the national team and they were very supportive once they found out.

It’s no surprise White is keen to maximize his opportunities this offseason, with a ruptured Achilles tendon robbing him of similar chances 12 months earlier. Currently playing for the Geelong Supercats in NBL1, he admits taking his foot off the gas is not in his nature.

“I was encouraged to take a little break. It was pretty consistent with work, doing the rehab for the Achilles and then heading straight into a full NBL season and committing to the Geelong Supercats.


“It was weird, I was encouraged to take time off and I had a week away from the game, I didn’t touch a basketball and it didn’t feel right. I was conditioned, I hates being out of shape and the process of trying to get back into shape.

“It’s been an eventful offseason so far, it doesn’t really feel like an offseason, which is good for me. The more basketball the better.”

Supercats head coach Justin Schueller is an assistant to United, leading a number of relationships between the two clubs, allowing White to balance life and work ahead of the exciting but exhausting period ahead.

“I’m doing really well; I feel like it’s a good connection with what I’m doing in the off-season and United. The body is holding up well, not too much has been added to my routine, I lift every day and just have the ball in my hand. It feels good during this time before it gets crazy to have time for myself and find time to relax and understand that I’ve been going full throttle for about a year. It’s not a bad thing for me to take my foot off the gas and let my body rest.”

Speaking to ESPN last month, Goorjian described the upcoming FIBA ​​Qualifiers as a golden opportunity for homegrown stars to catch the attention of scouts in the United States, although White denies that’s at all. foreground of his lens.

“I guess it’s icing on the cake thinking about all this. For me, in my head, when there’s an opportunity to represent my country, I’m always going to try to make it work. I’m here to represent Australia do it the right way and try to win every game and hopefully it will also be a good way to make sure I head into the Summer League in good shape and playing some really high level basketball.

“I’ve been super lucky with some of the opportunities that have come up, my first senior national team experience, it’s something I’m super excited for and then to be able to go to the United States and have a shot at Summer League. and trying to get my foot in the door is something I dreamed of when I was young.”

When you consider he was learning to gain body confidence this time last year, it’s no wonder White is looking to grab every opportunity with both hands.

The Boomers’ qualifying window begins Thursday, June 30 against China from Melbourne’s John Cain Arena, with the action live on ESPN.