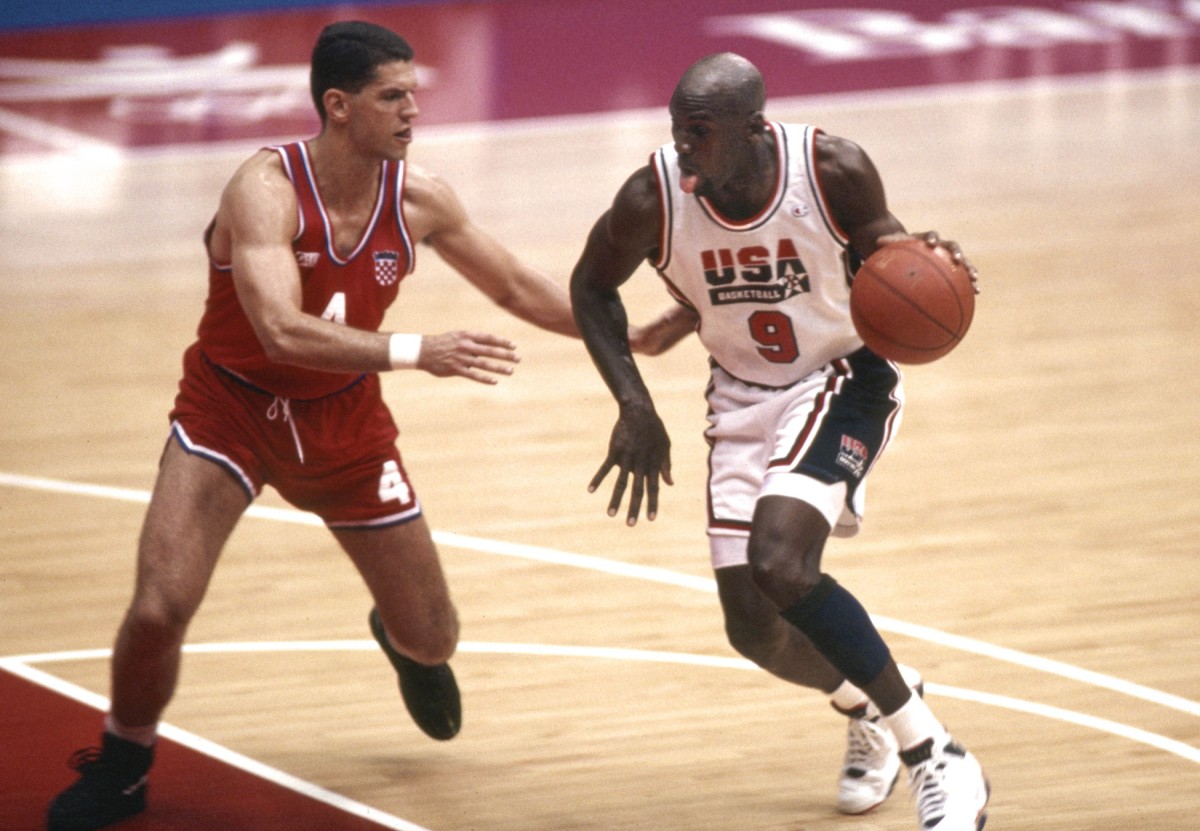 The one thing they all share in common besides being in the Hall of Fame is that they won the gold medal at the 1992 Olympics for the United States of America.

On this day in 1992, the United States beat Croatia 177-85 in the gold medal match at the 1992 Olympics, forever immortalizing themselves as the “Dream Team”.

The main reason why the Dream Team is so important, besides the fact that it won a gold medal at the Olympics and was made up of some of the best basketball players in the world, is because that it was the first United States men’s Olympic basketball team. featuring NBA talent.

Before 1992, professional athletes from all sports were not allowed to participate in the Olympics because this competition between countries from all over the world was supposed to be held with “amateur” athletes.

When this restriction was lifted and professional athletes were allowed to play, basketball was one of the first sports heavily influenced by this rule change.

The sending of the best of the best from the NBA to Barcelona marked a historic turning point in the history of the United States Men’s Olympic Basketball Team.

Since winning gold at the 1992 Olympics, the United States has won six of the last seven Summer Olympics gold medals, winning bronze in 2004 after being shocked by the Argentina in the semi-finals. This team led by LeBron James, Tim Duncan and Allen Iverson went on to beat Lithuania in the bronze medal game.

The Dream Team continues to reign supreme as the most dominant basketball team ever assembled in the world, as they beat their opponents in Barcelona by an average of 44 points per game en route to their gold medal.

Michael Jordan, Magic Johnson, Larry Bird, David Robinson, Scottie Pippen, John Stockton, Karl Malone, Clyde Drexler, Patrick Ewing, Charles Barkley, Chris Mullin and Christian Laettner made up the 12-man Dream Team roster and all but Laettner have was individually inducted into the Naismith Memorial Basketball Hall of Fame. As for the coaching staff of Chuck Daly, Mike Krzyzewski, PJ Carlesimo and Lenny Wilkens, all but Carlesimo are in the Hall of Fame.

You can’t talk about basketball in the Olympics without mentioning the Dream Team and although it was a real team that was put together, it was also a philosophy on how franchises of all the sports began to assemble their lists.

These days, teams in every sport are looking to pair All-Stars and the best of the best in search of a title and we’ve seen that a lot in the NBA over the years.

The Dream Team was a very special group of men who helped revolutionize and usher in a new era for the United States of America at the Olympic Games.

Which NBA stars will play for their national teams at EuroBasket this summer?