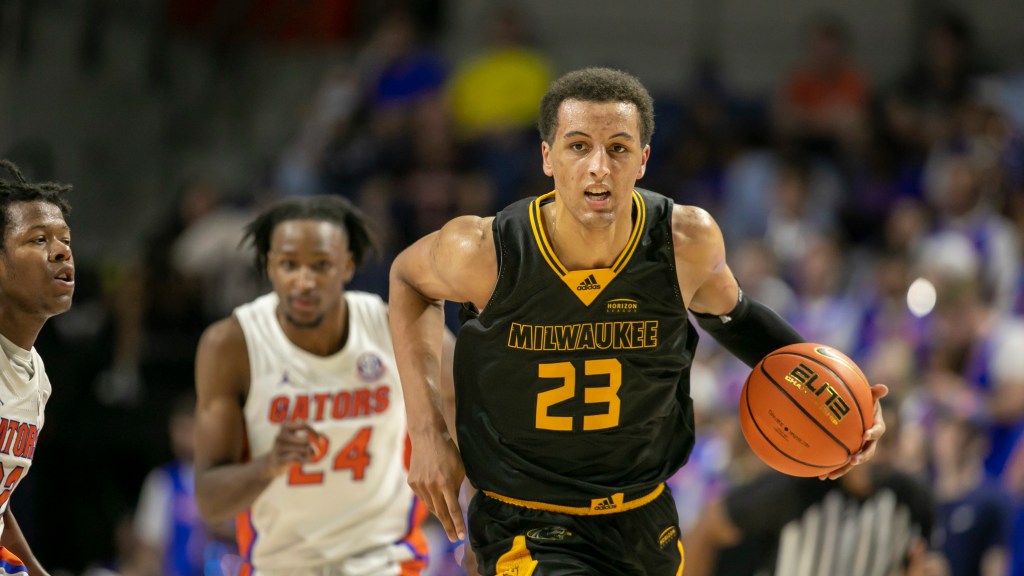 Patrick Baldwin Jr. announces his decision regarding the 2022 NBA Draft

Milwaukee Panthers guard Patrick Baldwin Jr. announced on Friday that he will declare himself for the 2022 NBA Draft and give up his remaining college eligibility.

Baldwin, a former consensus five-star rookie, averaged 12.1 points, 5.8 rebounds and 1.5 assists in 11 games. He was limited with a previous ankle injury, but produced a double-double in his debut Nov. 9 with 21 points and 10 rebounds.

Baldwin’s freshman campaign was widely considered a disappointment after he missed time with an ankle injury. He was the highest-ranked rookie to commit to a Horizon League program after choosing to play for his father, but ultimately fell short of those high expectations.

Before arriving in Milwaukee, Baldwin helped USA Basketball win gold at the FIBA ​​U19 World Cup 2021, averaging 7.7 points, five rebounds and two assists per game as the team was 7-0. He had his best game against Korea with 12 points and nine rebounds.

Baldwin, who was previously considered a lottery pick, has slipped on most draft boards this season and is now expected to be a late first-round selection. Teams will be interested to see if he can return to the level of play that led him to be a highly rated prospect in high school.