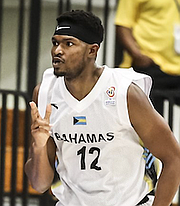 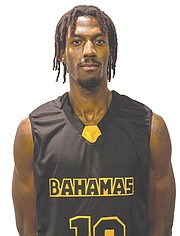 Kentwan Smith has progressed to a higher division in Spain. He signed with the Svendborg Rabbits of the Basketligaen – the country’s top division.

“I am delighted to have the opportunity to come and play for Svendborg Rabbits. I look forward to being a leader in the team and having a successful season with my teammates and my coaches,” Smith said in a statement. Press release.

“My goal is to help put this team in a position where we can make a deep run in the playoffs and hopefully emerge victorious in the end. I look forward to connecting with the organization and the fans. and see what we can accomplish together this season.

Smith has spent the last two seasons with Garonne ASPTT in France’s NM2 league. In 23 appearances, he averaged 15.4 points per game.

The previous season, he averaged 12.9 points per game, and Garonne finished the regular season with the league’s second-best record.

Besides Denmark and France, Smith’s professional career has taken him to Finland, Mexico, Romania, Slovakia and the Czech Republic.

Danrad Knowles will sign with CB L’Hospitalet of Spanish league LEB Plata – the country’s third tier. This will be his second professional season after spending his rookie campaign with AD Cantbasket 04 in La Liga EBA – Spain’s fourth division.

The former Houston Cougar was selected by Grand Rapids Drive with the 65th overall selection in the 2018 G-League Draft.

Grand Rapids Drive is the G-League affiliate of the Detroit Pistons. Knowles averaged 13.5 points and 6.5 rebounds per game in 24 appearances.

At national team level, the two players were key members of the rotation of the Bahamas team that qualified for the second round of the World Cup qualifiers for the first time in history. Bahamas.

In the last window against Venezuela and Argentina, Smith averaged nine points per game with 58% shooting from the field and 67% from three-point range.

He’s also averaged nine points per game in six qualifying games so far while shooting 61% from the field and 42% from three-point range.

Who are the players and teams to watch at the FIBA ​​AmeriCup 2022?