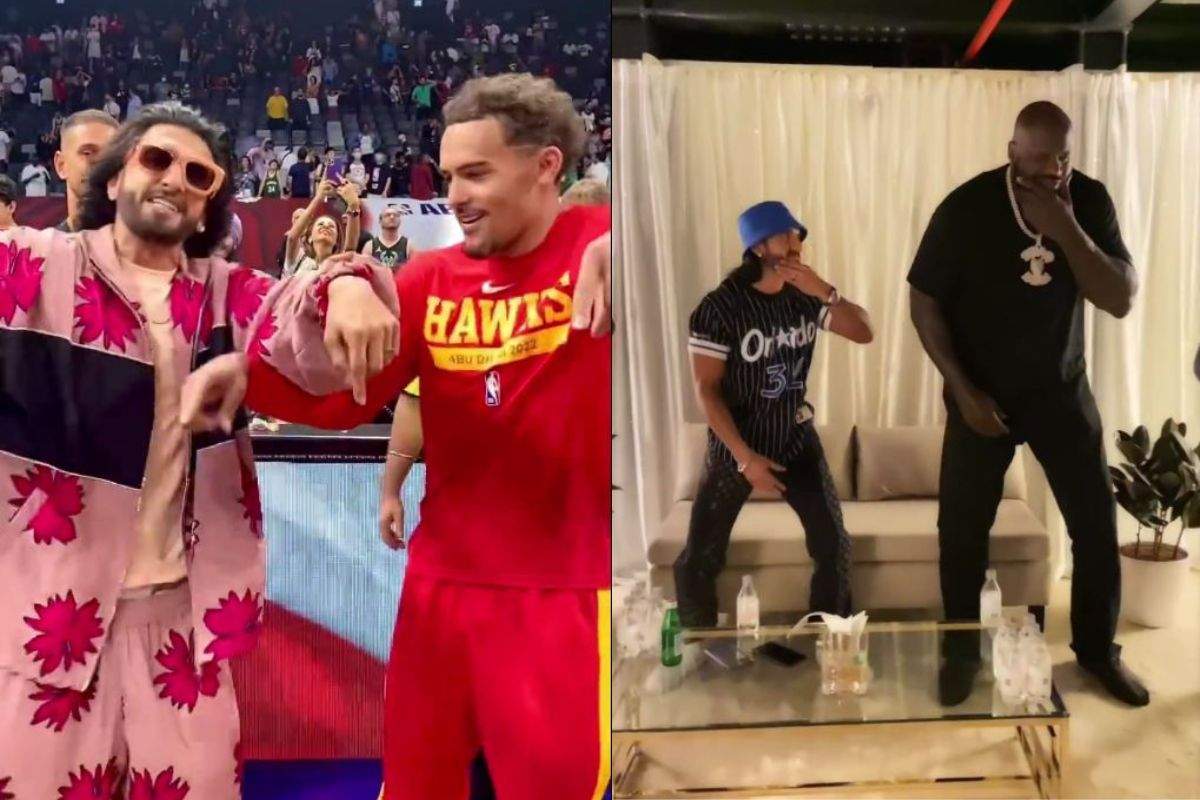 Bollywood actor Ranveer Singh recently shared videos on his official website instagram handle which shows the actor dancing with basketball players Shaquille O’Neal and Trae Young in Abu Dhabi. On Sunday, the actor took to Instagram to share a video of himself doing bhangra with Trae on the track Gallan Goodiyaan from his 2015 film Dil Dhadakne Do.

Also Read: From Shruti Haasan and Ranveer Singh to Rashmika Mandanna and Rana Daggubati – Celebrities and Dermatologists Are All Enthusiastic About Their Own Beauty Brands

Earlier on Sunday, the actor shared a video on instagram performing himself grooving with American basketball player Shaquille O’Neal for the song Khalibali from his 2018 Hindi film, Padmaavat. The actor wrote along with the video, “Big Man x Bad Man! The collaboration you didn’t know you needed! Here is Shaq doing Khalibali! Yes. You read correctly ! Shaq-a-bibi! @shaq.

Reports indicate that Ranveer, who is currently in Abu Dhabi, attended the NBA Abu Dhabi 2022 Games on Thursday. Sources added that the Bollywood actor has been named Indian Brand Ambassador for the NBA in 2021.

The actor will next be seen in Rohit Shetty’s upcoming comedy film, Circus. The film, which is loosely based on the 1982 Bollywood film Angoor, also features Pooja Hegde, Jacqueline Fernandez and Varun Sharma in key roles. We will also see it in Karan Johar’s next production, Rocky Aur Rani Ki Prem Kahaani, with Alia Bhatt.