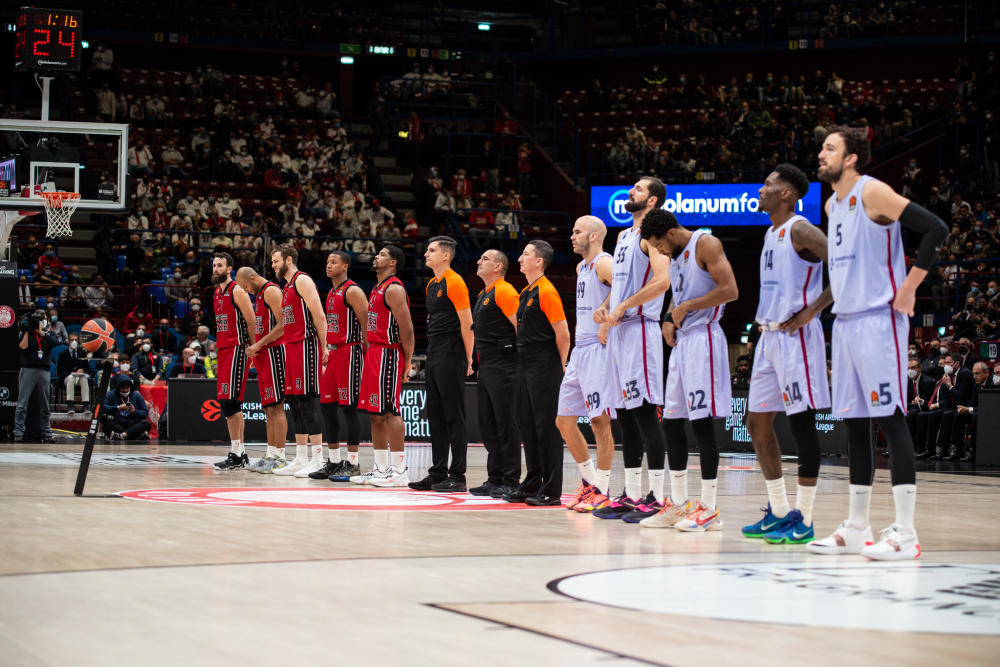 On January 1, 2022, FIBA ​​officially introduced several changes to the rules that govern the activity of FIBA ​​agents who represent players. And we are talking about major changes that will most likely alter the landscape of European basketball in terms of the relationship between players and agents.

These substantial changes were already announced in the summer of 2021, but they only came into effect at the beginning of 2022, and they are already making noise.

“Players can now terminate the contract with their agent with only 30 days notice, so you will see a lot of players changing agencies quite quickly,” a FIBA ​​agent told Basketnews.

“Since the start of the new year, a client of mine has been approached by two different agents via social media. It’s going to be even wilder than before,” another FIBA ​​agent explained to our website. .

Using social media to recruit players is becoming a new reality, several agents told BasketNews. With gamers having a strong social media presence and often being active on their phones, agencies are using social media like Instagram and Twitter to attract new gamers much more than before.

“Instagram is often used as a recruiting tool,” another FIBA ​​agent told Basketnews. “I know several scouts who work for big agencies who use Instagram a lot to text players and let them know there might be a better place for them at a new agency.”

“Scouts try to be the players’ buddies and social media is often the main route to players’ ears,” European GM told BasketNews. “I’m not really a fan of this strategy, I can understand when small agents try to do that, but when bigger agencies also act like that, I don’t find it very fair.”

Another agent, however, disagrees with the view that this type of strategy is unethical.

“We live in the age of social media, everyone uses Facebook, Instagram or Twitter. Companies look at their candidates’ social media profiles to get to know them better, so why shouldn’t agencies do that? is a new reality,” a FIBA ​​agent told Basketnews.

The path followed by FIBA ​​looks like a clear adaptation to the NBA model. One of the major changes is that from now on, agent fees will no longer be paid by the teams but by the players, like in the NBA.

FIBA also decided to approve another rather common element in the NBA, players being represented by more than one agent. A long-tolerated procedure is now officially approved by FIBA.

“As the players have to pay the agent fees themselves, you will see many cases where the agent will lower his percentage to make himself more attractive to the player,” a FIBA ​​agent told Basketnews.

“If I know I’m in a bidding war with other agents, it’s easy to predict how it’s going to end: to have a better chance of representing this player, I’m going to tell him ‘when you sign the contract with the team, you are going to give me only 5% instead of the 10%,” another FIBA ​​agent explained to Basketnews.

While these changes may align FIBA ​​with the same model followed by the NBA, they also create a market in which there will be very few rules and a lot of “unfair” competition.

FIBA removed a rule, originally included in Section E of the Agent Rules, which stated that an agent ‘must never approach a player under contract with another agent to persuade him to break his contract or not to respect the rights and duties contained in this contract‘.

Let’s be clear: Agents poaching clients of other agents have been common in the basketball environment for years, even with this rule in place. But the fact that FIBA ​​has decided to remove this provision from its rules is a clear indication of its preference for a free market for agents, even if it means that some “shady moves” will become even more frequent than before.

“Trying to steal clients from other agents was already a common practice, now it will become the new reality. It is what it is, if you are in this business you know something like this can happen “, said a FIBA ​​agent. explained to Basketnews.

“There was never any real protection from FIBA ​​to avoid these kinds of situations, now it’s like they give up trying, they can’t contain these moves, so they refuse to do anything about it. To be completely honest, I don’t blame them; that’s the nature of this business,” another FIBA ​​agent told Basketnews.

The general sentiment around these rule changes is that players will be more empowered in their decision-making process, aided by shorter timeframes for exiting contracts.

“Players will probably have more power now. They can walk out of agent deals sooner, and having to pay agent fees personally, you’ll have to have a better relationship with them. Otherwise, you won’t see your money,” another FIBA ​​agent told Basketnews.

“Big agencies will benefit a lot from these new rules, they already had most of the power in the market, now they will basically have full control. They can spend a lot more money than smaller agencies or independent agents, and their recruitment will become non-stop,” added the same agent.

“You can already see some of these ‘behind the back’ moves happening. I know a player who since January 1 has had at least 100 calls from a scout from a very big agency, they haven’t stopped to try to recruit him”.

“Getting a player’s phone number, it’s not that hard if you’re in this business, you ask a few people, maybe do a favor or two, and you have the number. At this point, it’s much easier to try to sign the player, even if he’s not really interested in leaving his current agent,” a scout told Basketnews.

Some agents understand the need to do business, but they also agree that other agents or recruiters can sometimes cross the line.

“I know the job I work in, but at the same time I think there are limits. Calling a player 30 to 40 times a day to try to convince him to leave his current agent, I don’t think it’s a cool thing to do. To me, it looks more like harassment than recruiting,” a FIBA ​​agent told Basketnews.

While some of these situations were already “common” practice, the general feeling around many people in the industry is that they will become much more common than before.

“I wouldn’t be surprised if they become even more frequent now,” another FIBA ​​agent told Basketnews. “Now you have shorter deals and virtually no protection on these agents’ contracts, so I think the ‘shady’ moves will only increase.”

If you are a small agent there is no way to stop your customer from leaving in this scenario unless your customer is so loyal that they will continue to ride with you, but that is a very rare thing. “, another FIBA ​​agent told Basketnews.

Among most agents, however, there is a concern that has existed for several years that FIBA ​​has not really addressed the freedom of teams to be late with payments and not really be punished at because of that.

If the activity of agents is very well regulated, we have the feeling that the clubs are far too protected in terms of late payments or unpaid bills.

“The whole BAT system just doesn’t work,” a FIBA ​​agent told Basketnews. “Teams can make partial payments to continue having the ability to sign up new players, then they miss a payment, a new BAT process is open, but in the meantime teams can still operate as if they are in the clear. They are too protected.”

“At the moment they are all focused on the fact that the players will now pay the agent fees, but that’s a bit silly to me,” the same FIBA ​​agent explained to BasketNews. “Under the previous rules, if a team was late with their payments, there was no way the agent would have received their fees before the player had received their money, no way, believe me.”

Another agent explained to our website that late payment clauses are basically worthless: “FIBA’s approach in these situations is always the same, they ask the team to pay, and the player has to patiently wait for the money, but when the money doesn’t come in, they really don’t do anything. Trying to get an authorization letter from FIBA ​​for late payment is almost impossible.

So while FIBA’s work in some areas, such as clearly distinguishing between management and placement services and limiting agents’ conflicts of interest in certain situations, looks promising, the general sentiment around the environment of agents is that these new rules will only benefit a few players and will transform an already very competitive world into a Wild West.

Even club officials don’t look particularly happy now that they are no longer required to pay agents’ fees.

“For clubs, it’s actually not good news,” a European chief executive told Basketnews. “We don’t have to pay the 10% fee to the agent anymore, but now basically we’re going to spend more on player salaries because they have to give the 10% to the agents, it’s the same thing. Clubs will not benefit from this change.”

However, Zalgiris GM and Chairman Paulius Motiejunas welcomed the changes.

“We took these changes positively,” Motiejunas told BasketNews’ Lukas Katilius. “We believe that this way there will be more justice. The relationship between a player and an agent was usually bad for the club.”

“Overall we think it’s a good thing, which makes everything more precise because it’s a relationship between two people (player and agent). They have to sort things out between themselves, not with the club.” , added Motiejunas.

Recruitment via social media, non-stop competition to sign the best players, rapid changes and lots of foul play. Agents better be ready for a serious challenge.