Scariolo on European NBA coaches: ‘It’s their world, not ours’ / News

Asked if Scariolo had any contact with Dimitris Itoudis after he was recruited as the Greek national team’s bench manager, the Italian mastermind admitted that he recently spoke with Itoudis.

“We had a good chat a few days ago with Dimitris,” Scariolo said. “And I just told him I’m here for him. He’s a good friend of mine and a coach, who I respect a lot.

Whatever Dimitris thinks he needs me, I’ll be happy to give him my opinion. That’s not my advice, because he doesn’t need it. My point of view and my experience. One must quickly understand the differences between national teams and clubs. And you have to trust yourself, because if you are a good coach, then you remain a solid specialist.

I don’t know if I should say it but I’m happy about it. Because now I have a very strong competitor nearby. And at the same time, we (Spanish NT) are slowing down a bit. We are in a reconstruction phase, so it will be a challenge.”

“In my opinion, with more experience in FIBA ​​competitions, Giannis will be excellent. He is one of the three, four best players in the world. That’s for sure.

I understand that he struggled at the beginning because of his game. Having less floor space and showing all his athletic ability, talent and skill is not easy. But Giannis is a smart guy and he will definitely find the edge” said the Virtus coach. 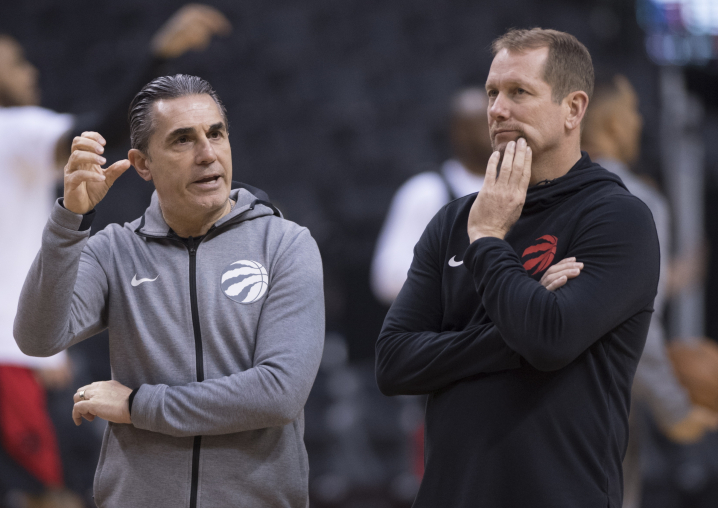 Finally, Sergio Scariolo revealed that he never thought he would be promoted from assistant to head coach in the NBA, while working with the Toronto Raptors (2018-21).

“I never had that feeling. Even when I was interviewed for the head coaching job, I never got it. They don’t want to take that step right now.

You never know what will happen in the future, but I don’t see a way for a European coach to make the jump from Europe and become an NBA head coach without spending a few years as an assistant. The question is, how many years do they think you need. Nevertheless, it is very strange.

It’s their world. They welcome talent, players, coaches and even agents when they can help the organization improve. But giving ‘outsiders’ the keys to a top managerial position is something that still needs a few more years,” Scariolo concluded.