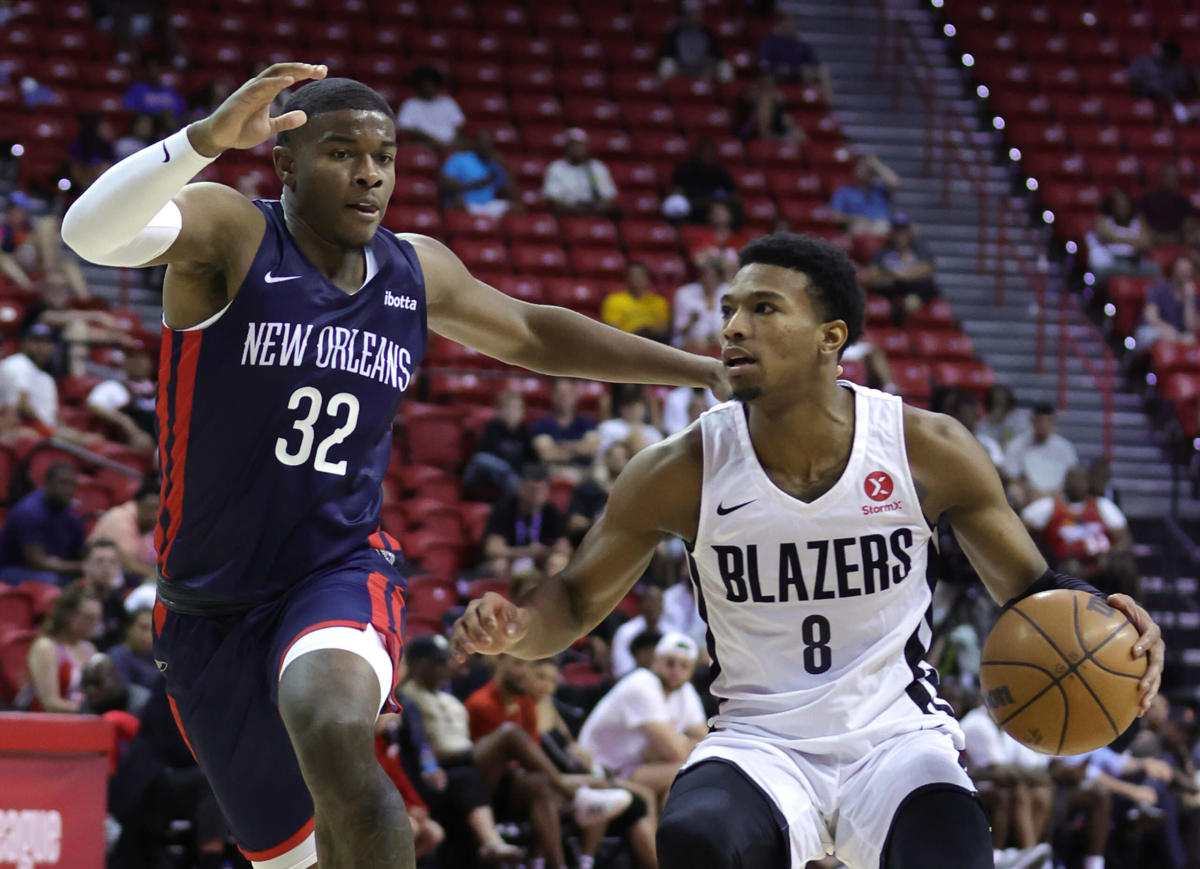 Ohio State’s basketball program has produced a ton of young talent for the NBA over the past few years, but that seems to be slowly changing. As it does, you can start following former Buckeye players competing in the NBA Summer League.

For all NBA types, we thought we’d provide a schedule of when you can see each game in case you’re into that sort of thing, especially when you’re cheering on Liddell and Branham and how much they might all both translate to the next level.

Here’s a look at each player’s schedule so you can keep track.

*Additional game will be announced later

LAS VEGAS, NEVADA – JULY 09: Brandon Williams #8 of the Portland Trail Blazers faces EJ Liddell #32 of the New Orleans Pelicans during the 2022 NBA Summer League at Thomas & Mack Center on July 09, 2022 in Las Vegas, Nevada. NOTE TO USER: User expressly acknowledges and agrees that by downloading and/or using this photograph, user accepts the terms and conditions of the Getty Images License Agreement. (Photo by Ethan Miller/Getty Images)