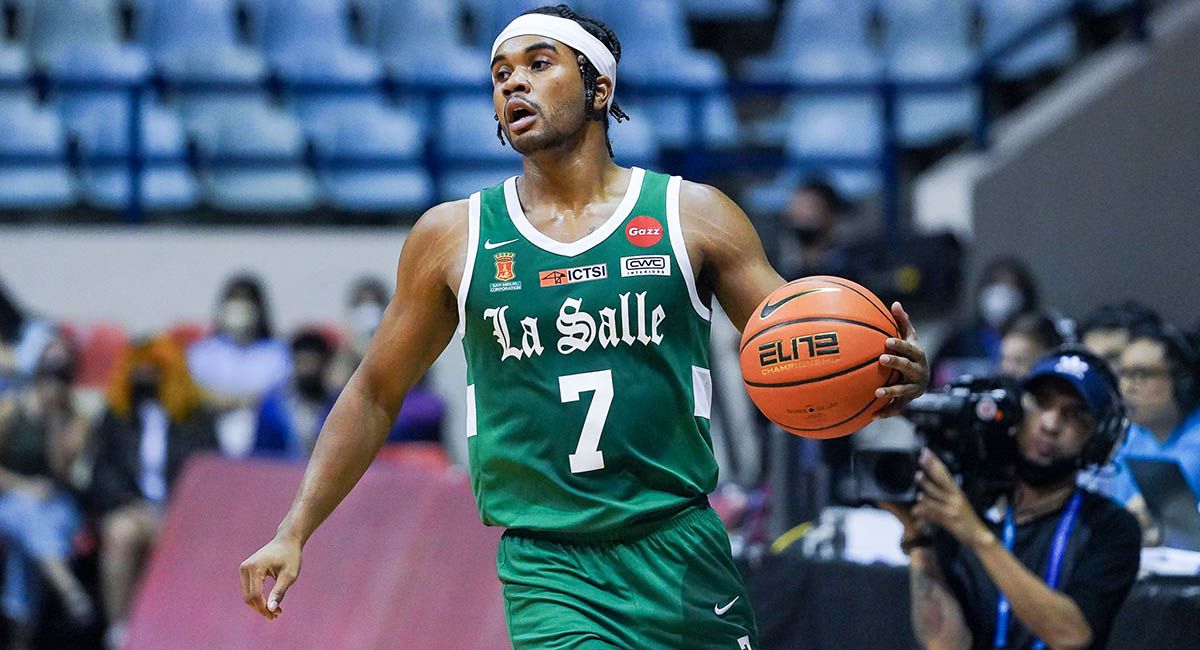 Schonny Winston Fiba endorsement to play for Gilas as a local

But there is a distinct omission.

Multiple sources have just told me that Fiba wrote a letter dated October 27, 2022 advising the SBP that Winston has been “approved” to play for Gilas as a local.

Winston’s goal has always been to honor his roots and represent the Philippines in the international game, I’m told.

As shown by the way New Zealand and Lebanon have bullied us lately, Gilas can clearly use an athletic and incredibly explosive winger against Jordan in the November window.

Along with being a lockout defenseman, the 6-foot-4, 185-pound Winston is a proven scorer who currently leads the UAAP 85 season with 21.2 points per game.

In a rocky campaign that saw them settle for a 3-4 record after the playoffs, one thing is constant with the Green Archers.

Schonny Winston carried LaSalle on his back.

The SBP has spent time and fortune scouring the universe for talent who can help Gilas overcome his demons in the international game and yet he has seemingly ignored a gem in his lap who is eager and eager to represent .

I do not know. What I can tell you, though, is that Winston is a better asset and arguably a potentially more productive contributor than some of the 20 guys in this group.

Winston gave every ounce of energy to show he’s good enough to play for the national team. He should be rewarded with the opportunity to shine on a higher level while representing his flag.

Gilas’ coach Chot Reyes has plausible deniability here. He can argue that Winston may have been left out because he is currently recovering from a minor calf injury.

He can also say that it may be too late for Winston to learn the system and that it was best to join in the February window.

Still, the invitation and the pride of being considered is the meat of the argument here. You can’t be in the dance if you’re not invited to the ball.

Plus, so much can happen by February.

In the final analysis, I don’t believe that Winston’s omission from the pool and SBP’s withholding the announcement that he’s eligible isn’t just a coincidence.