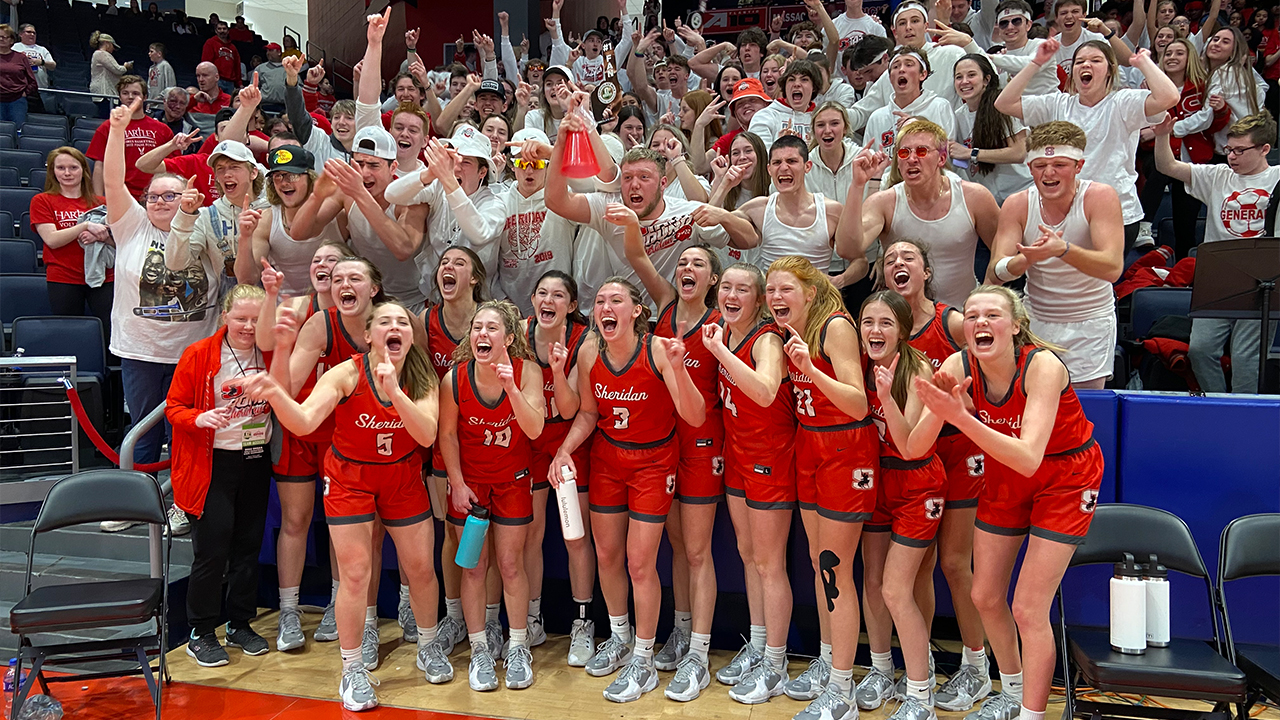 The Generals won 68-60 in a triple overtime thriller against Norton to advance to their first state championship game in school history. Jamisyn Stinson sank a few clutch threes in double overtime to keep Sheridan alive and scored a team-high 21 points on his 16th birthday. His older sister, Faith, added 16 points and 11 rebounds. The Generals beat Norton 8-0 in triple overtime to win the game.

Meanwhile, Worthington Christian took an early lead over Waynedale and never looked back as they won 55-24 to clinch their place in the championship game. Meghan Mayotte dropped a game-high 14 points, Megan Weakly added 12 points, Blessing King nearly recorded a double-double and Jaeda Tagoe played lockdown defense without allowing a single point in her defensive game.

You can watch highlights from both games in the video player above.

In the final semifinal of the day, Hartley’s incredible season came to an end after the Hawks lost in a landslide to Kettering Alter 69-33.