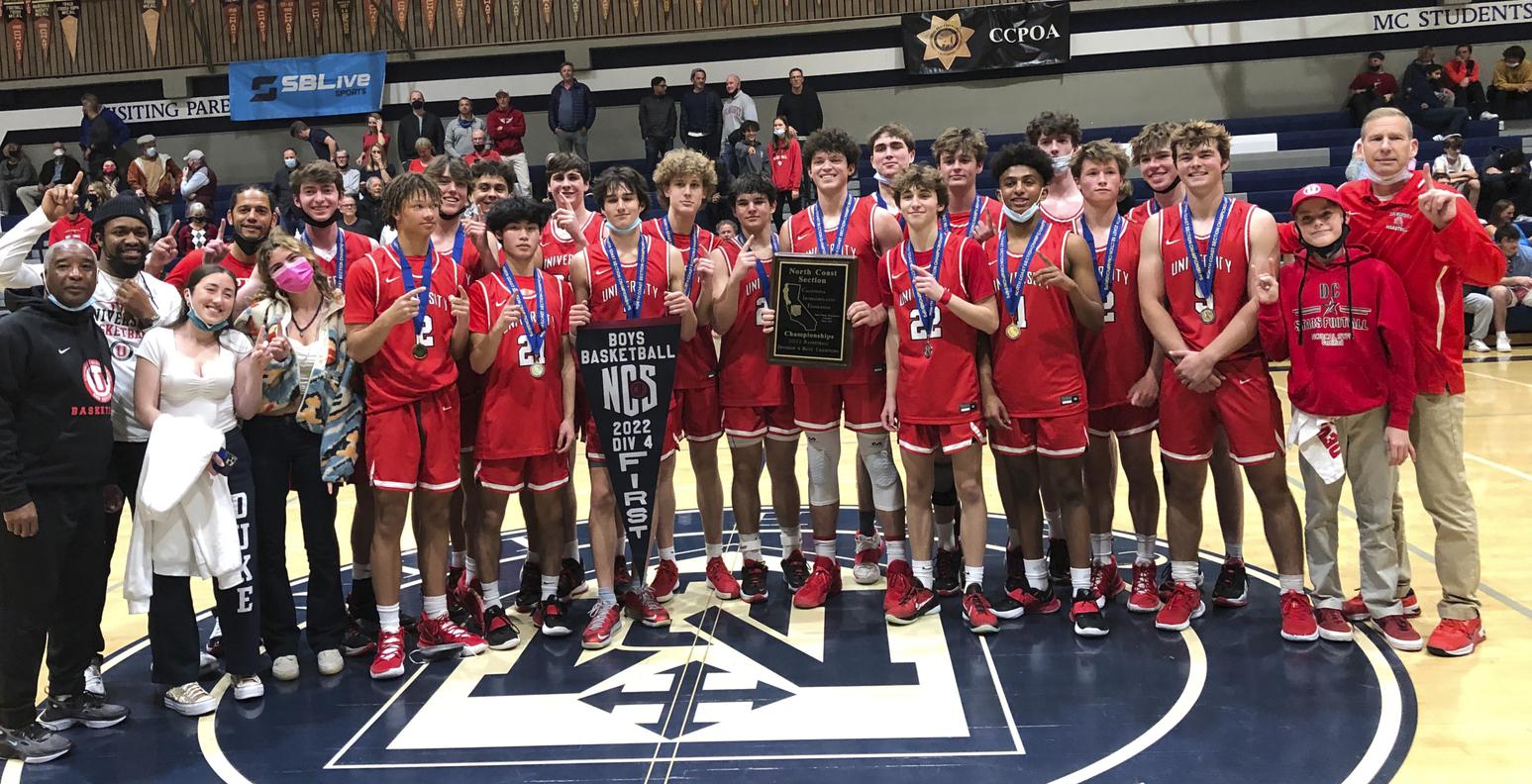 Many of them had just won resounding sectional championships on Friday and Saturday. And some of them gritted their teeth and shook their heads about their seeds and their placement in the tournament.

His team won its 16th Central Coast Section championship and first in the Open Division with a 68-51 decision over Mitty on Friday. On Sunday, as expected, the Crusaders (20-8) were selected in the highest open division, but as the fifth seed, one spot behind North Coast Section runner-up De La Salle (22-5 ), who lost 51-50 heartbreaks in Campolindo-Moraga.

Riordan travels to De La Salle on Wednesday for a first-round match instead of hosting. Campolindo (27-1) earns the division’s only first-round bye.

“It’s kind of disrespectful,” Curtin said, referring to his team and the section.

Mitty, who won the West Catholic Athletic League title and beat Riordan twice earlier in the season, is also on the road in open play. The sixth-seeded Monarchs (23-5) surrender to No. 3 Modesto Christian (26-5), the Sac-Joaquin section champion.

Central Section champion Clovis West (30-1) got the second seed and will host Sheldon-Sacramento (22-10).

All Open and Division VI matches begin on Wednesday. Division IV opens Tuesday. All game times are at 6 p.m., unless there are doubleheaders, with second games starting at 8 p.m.

“It is what it is,” Dougherty Valley-San Ramon coach Mike Hansen said after his team was seeded 21-6 16th in the Division I tournament. The Wildcats open at No. 1 Sacred Heart Prep-Atherton after losing 76-71 in Saturday’s NCS Open Division I Final to Clayton Valley Charter-Concord. “We will be ready to go on Tuesday and we will have to prove them wrong.”

In 2017, the CIF changed from a direct entry-based format to a competitive equity-based placement, meaning teams are split into divisions based on performance. Parentheses are selected by the CIF state office and the 10 sections.

Dougherty Valley could just as easily have been chosen as the No. 1 seed in Division II, which would make his road to a state championship much easier.

University Boys coach Randy Bessolo was hoping for a much higher seed than the No.10 the Red Devils received in Division II following their 18th straight win and fifth NCS title on Saturday with an 80-67 Division triumph V to top seed Marin Catholic-Kentfield (22-9).

The Red Devils (25-7) travel to the WCAL St. Francis juggernaut on Tuesday.

“It’s kind of typical to be punished for succeeding in this twisted system,” Bessolo said. “We don’t care. We have to win anyway. We will manage and use it as motivation.

• In other Saturday Section Championships, the Oakland Tech Boys (22-4) beat Oakland 61-49 to claim the Oakland Section crown in Fremont. The teams had split two previous meetings, with Oakland (25-3) winning the last meeting 82-74 on Feb. 9 after Tech won the first 69-65.

• In the Clayton Valley win, Jake King had 24 points and Jason Zimmer and Jeremiah Dargan combined for 30 points as the visiting Eagles (21-9) claimed their first NCS crown. Dougherty Valley’s Ryan Beasley had 43 points, his sixth 40+ point performance, including 28 in a crazy fourth quarter that featured 41 combined free throws.

• Second-seeded Salesian-Richmond (13-8), battling back injuries and COVID-19 issues all season, rallied from a seven-point deficit in the final five minutes to win his 10th title – all since 2006 – with a 49-47 Division 2 Championship at No. 1 San Ramon Valley-Danville (17-9). Austin Johnson had 12 points and Alex Harris 10 for Pride, while Mason Thomas led SRV with 10 points.

• Junior center George Gale scored 12 of his team-best 24 points, leading Branson-Ross (25-5) to his 14th division title with an 82-75 Division 3 win over the top seed St. Patrick-St. Vincent-Vallejo (22-2), who got 28 points from Nick Medeiros. Joaquim Arauz-Moore and Semetri Carr each had 18 for Branson, resulting in a 2020 NCS final loss to SPSV.