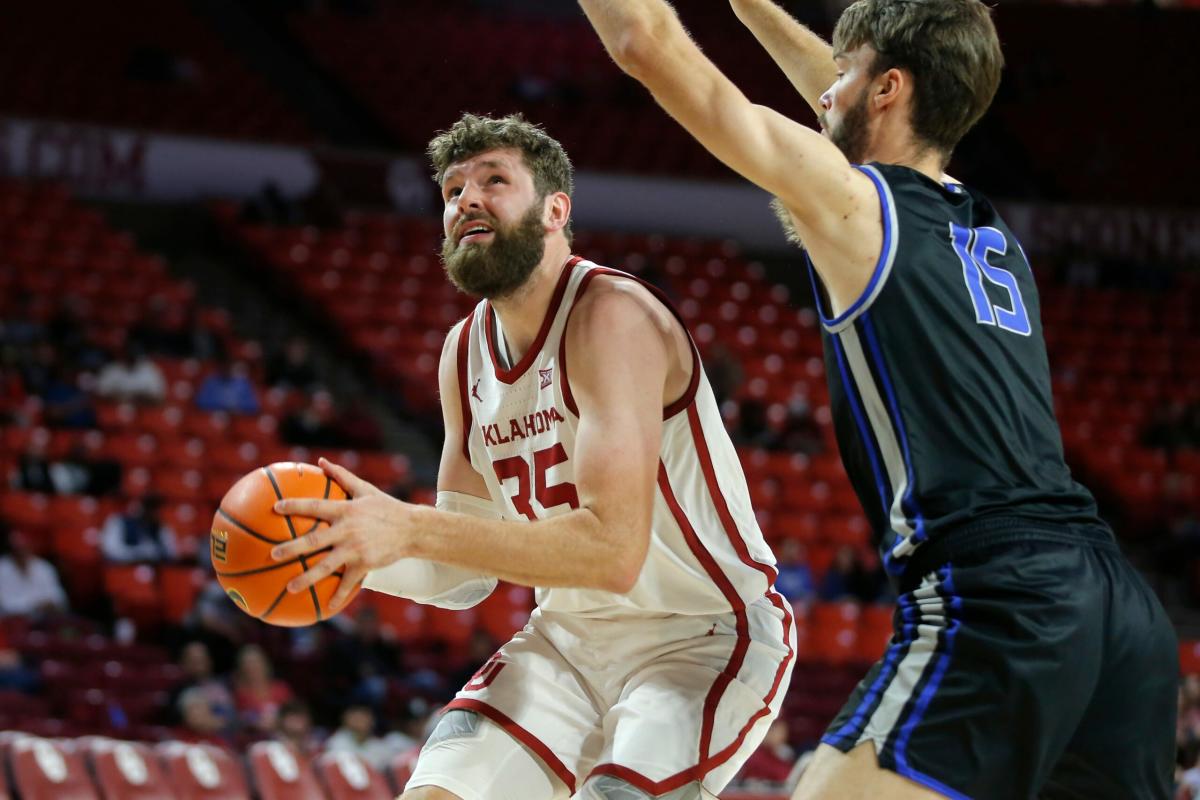 College basketball is fast approaching. November marks the first month of college basketball, and with the end of the season, writers across the country set their preseason rankings.

One of the biggest writers in sports is CBS Sports senior writer Matt Norlander, who is about as hip as anyone in all things college basketball, dropped his ‘top 100’ ranking and 1” of the top 101 teams in Division 1 as he sees them heading into this 2022-2023 season.

Oklahoma is one of nine Big 12 teams to make the rankings. If that’s any indication, the Big 12 could very well be basketball’s toughest conference yet again.

Norlander ranked the Sooners No. 45 and had this to say:

The Sooners rank 28th in KenPom’s preseason rankings, which seemed slightly surprising at first glance — until you realize OU finished 30th last season. They were the highest ranked team not to dance. Porter Moser’s second season will benefit from the return of three starters: the Groves brothers, Tanner and Jacob, and Jalen Hill. It will be a productive troika. They will be edified if Nevada to transfer Grant Sherfield continues to be a stat compiler like his last two seasons. Sherfield averaged 19.1 points, 6.4 assists and 4.2 rebounds last season. If his shooting can improve, OU will finish in the top five of the ever-competitive Big 12. It will be supported by a second CJ Nolandwho could become one of the conference’s most valuable reserves, provided he doesn’t end up earning a starting spot in time for Big 12 competition. — Norlander, CBS Sports

Oklahoma enters this season with the returning trio mentioned by Norlander. They had to shop on the portal to complete the rest of their roster, especially for the depth of guard.

Grant Sherfield and Joe Bamisile give the Sooners two productive buckets that can create their own shot, which is always important against the high-level defense you’ll see in this conference. Sherfield is certain to run the point with Noland backing him up. If Bijan Cortes can make a move, that would be a huge boost for guard depth.

The Oklahoma interior appears to be focused on the Groves brothers and Missouri transfer Yaya Keita. Keita is 6’9, springy and could potentially give Oklahoma some quality minutes as a running rim to clean up misfires and run in transition. They needed his depth in the absence of the three big men who left the program in Ethan Chargois, Akol Mawein and Rick Issanza.

At No. 45, it paints a clear picture that barring a really bad year, Oklahoma should find themselves back in the NCAA Tournament after missing the field by so little last year.

With the depth in the Big 12, a top-five finish and a decent foray into the non-conference should give Oklahoma the resume it needs.