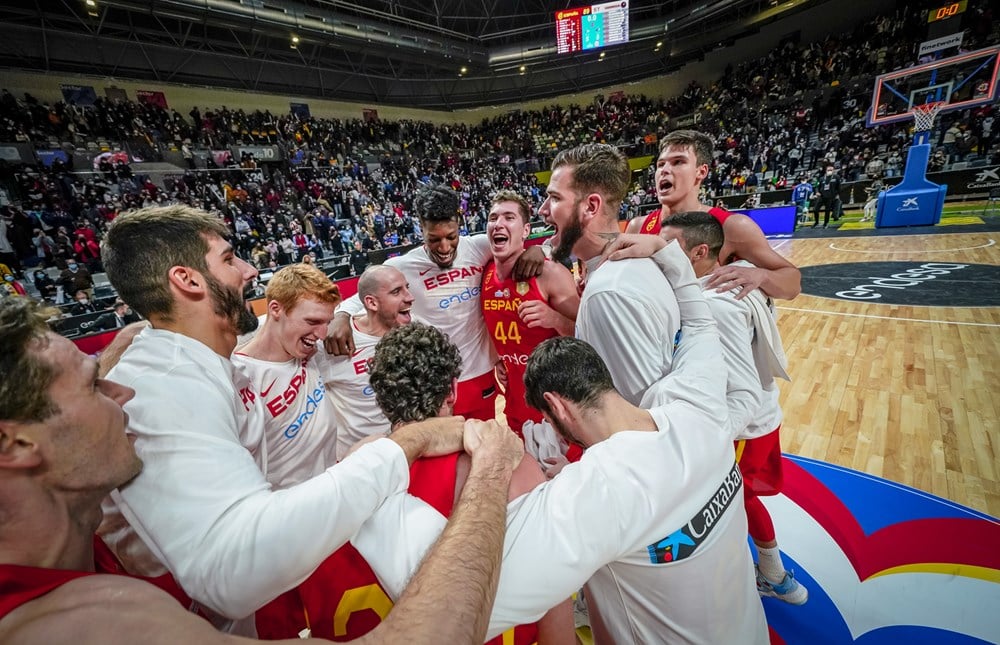 The clash between Spain and Georgia headlined the final day of the FIBA ​​Basketball World Cup 2023 Qualifiers.

Excellent players on both sides, the Spaniards crushed their opponents and won an easy victory at home (89-61). As a result, Spain climbed to 2-0, while Georgia fell to 1-1.

In the other Group G match, Ukraine edged North Macedonia (78-61) to claim their first Qualifying victory (1-1). On the contrary, North Macedonia are still without a win after the first two games (0-2).

Group E action saw France decimate Hungary on the road (54-78) and take the lead in the group (2-0). For its part, Hungary suffered its first defeat in the Qualifiers (1-1). At the same time, Montenegro regained the upper hand over Portugal at home (83-69) and closed the first window of the Qualifiers with a victory (1-1). Portugal, on the other hand, are 0-2.

In a clash between two European powers, Lithuania triumphed over the Czech Republic and took the road victory 66-74. Lithuania remained undefeated in Group F (2-0), while the Czechs are winless after two matches (0-2). Likewise, Bosnia and Herzegovina improved to 2-0 and inflicted Bulgaria (0-2) their second consecutive defeat (75-85).

In Group H, Russia maintained their momentum and beat Iceland to stay ahead (89-65). The Russians are undefeated (2-0), while Iceland are 1-1. For their part, Italy survived a late suspense against the Netherlands (75-73) and won a crucial victory at home. Italy are second with a 1-1 record, while the Netherlands are still winless (0-2).

The Group A action ended with the match between Latvia and Slovakia, where the former prevailed (82-74) and improved to 1-1. Meanwhile, Slovakia is 0-2.