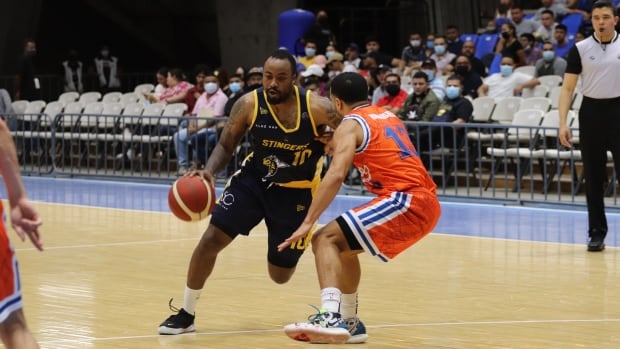 The Edmonton Stingers’ last two away games didn’t go to plan, losing by a combined 59 points to the Puerto Rico Cangrejeros.

After falling 89-68 to the Cangrejeros in December, the Stingers followed that up with an even more lopsided loss on Sunday night in Nicaragua, dropping the game 93-55 to their FIBA ​​Basketball Champions League Americas Group A counterparts (BCLA ) competition.

While the logo on Edmonton’s jersey was the same for both losses, the names on the back were largely confused, with only four players playing in both games, guards Jahmal Jones and Junior Cadougan, forward and center Chad Posthumus.

Posthumus emerged as Edmonton’s best player for the second straight game, leading the team in minutes played (27), rebounds (eight) and points with 11, as the only Stingers player to achieve both numbers in this category.

Among the newcomers to the roster, former Memphis Grizzlies guard Josh Selby stood out with eight points and two steals.

Josh Shelby with the smooth float ✨

Drive of the Game tonight.

The Stingers were just 29% from the field and 22% from 3-point range, in stark contrast to the Cangrejeros who shot 57% and 62% respectively in those categories.

Standing out among the Cangrejeros’ best players – as they did when these two teams last met in December – were guard Isaac Sosa (team leader 15 points and three steals) and forward Davon Jefferson (12 points, 10 rebounds, four assists).

Sunday’s game will determine second place in the group after Estelí beat the Cangrejeros on Friday night, tying their record with the Stingers at 1-2, a critical game given that only the top two from each group advance to the quarters. finals in April.

The Stingers will host the final leg of group play in Calgary at WinSport Arena, where Edmonton takes on the Cangrejeros on March 14 and Estelí on March 16, both at 9:30 p.m. ET.

Live coverage of all games can be seen on CBCSports.ca, the CBC Sports app and CBC Gem.