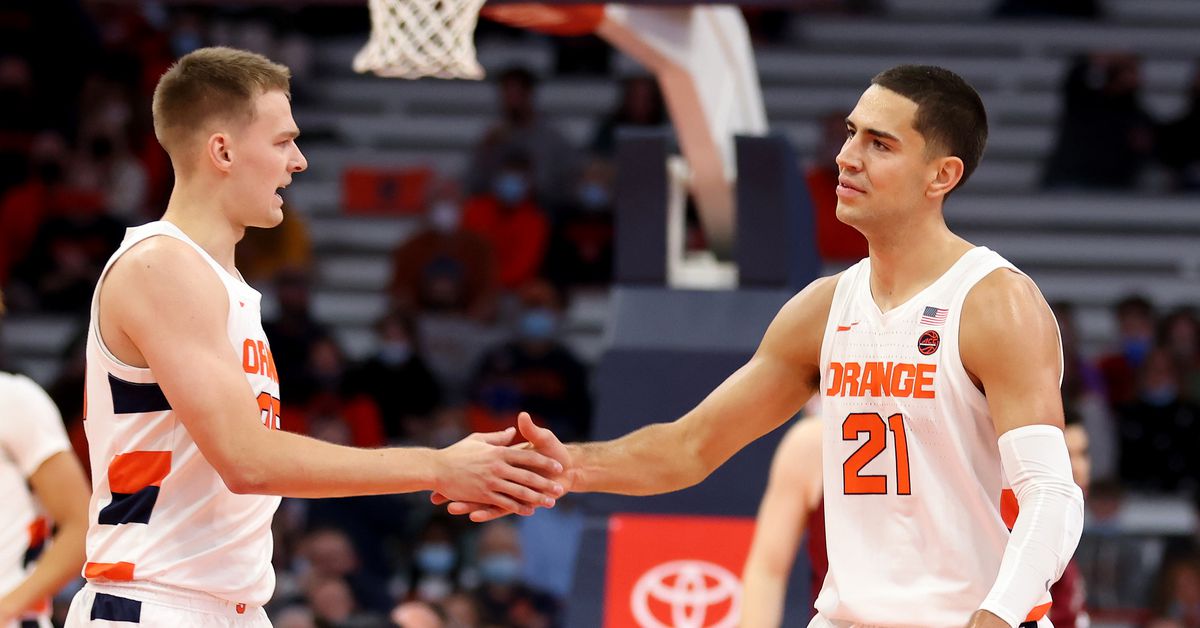 Although no Syracuse Orange player was selected last night NBA Drafttwo former players found themselves with two-way deals before sunrise here on the East Coast.

Buddy Boeheim lands with the Detroit Pistons as Jerami Grant leaves. Pistons GM Troy Weaver certainly knows Buddy from his time at Syracuse and now he’s hoping Boeheim can provide a perimeter shot to complete the Pistons’ rebuild. Detroit added Jaden Ivey and Jalen Duran in the draft as they continue to build around Cade Cunningham.

The Detroit Pistons have signed Buddy Boeheim, son of legendary Syracuse coach Jim Boeheim, to a two-way deal, sources tell ESPN. Buddy led the ACC in points last season and is solid at 6-6.

Cole Swider must have impressed the Los Angeles Lakers in his two pre-draft workouts because the Lakers added him to a two-way deal. Swider joins Carmelo Anthony and has a good opportunity to spend time on a Lakers team that has struggled to find consistent outside shots to partner LeBron James.

For those of you unfamiliar with two-way contracts, here’s some information straight from NBA.com:

NBA teams can have up to two players on NBA Two-Way contracts who will spend most of the season in the NBA G League and no more than 45 days with their NBA team. Two-way players receive a corresponding daily amount based on the number of days they play in each league. Only players who are in their fourth NBA season or earlier can sign two-way contracts, which can be for one or two seasons.

Since you will need to know some information about the G League now, Detroit’s G League team is the Motor City Cruise while the Lakers affiliate is called the South Bay Lakers. NBA Summer League in Las Vegas starts July 7 you will therefore be able to see these two former Orange players in action in a few weeks.