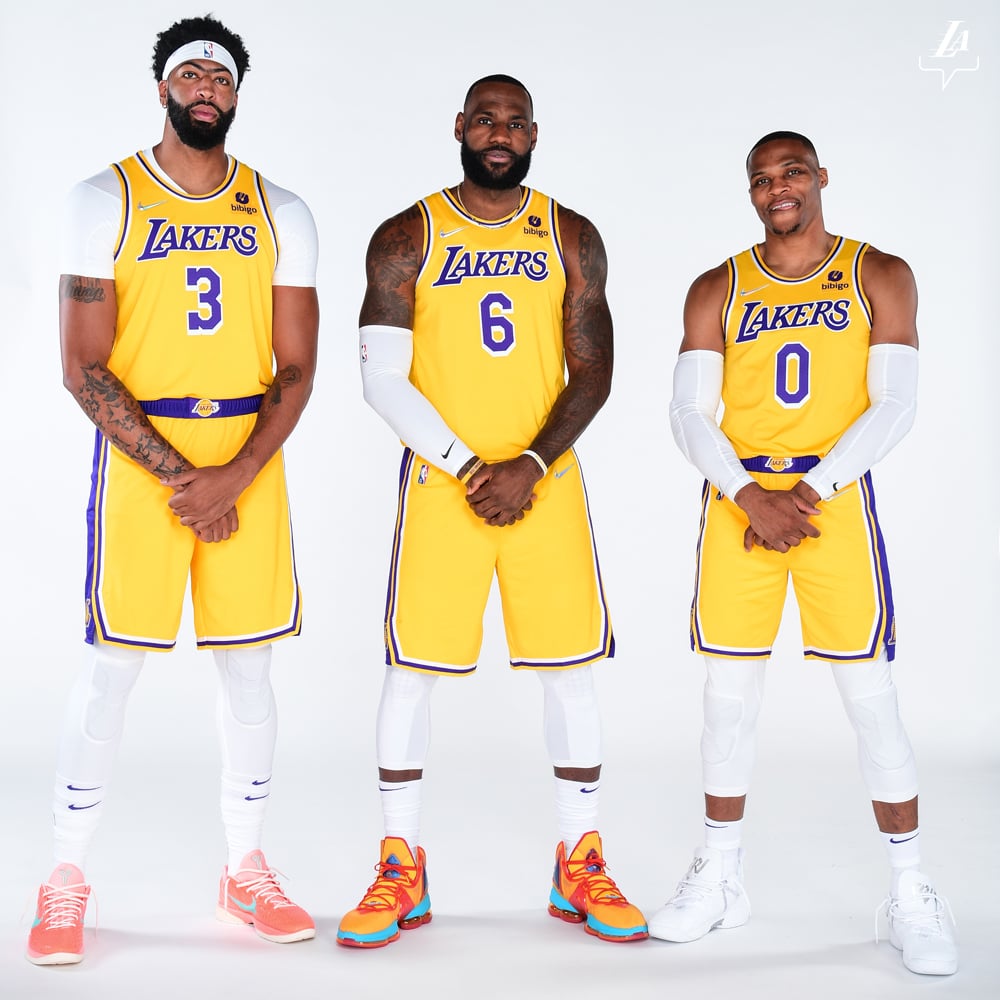 The best basketball teams in the world

Basketball comes with passion and excitement for both players and fans. One of the spices of basketball, like other sports, is the fan base. There is usually a huge fan base for the different teams that compete in the game of basketball. Among all these competitive teams, there are popular teams with a large fan base. They are usually popular due to their consistent performances in the tournament or their great players in the team.

In no particular order, we’ll go over the top ten basketball teams in the world. Good reading !

The Lakers team is one of most popular basketball teams about. The team has had around 74 seasons since its inception, and that shows how long it has been established. The Lakers are a very successful team and have won 17 NBA titles, and that’s a record among other basketball teams.

The Lakers have a lot of fans due to the brilliance and entertaining plays the players show on the court and winning many championships. The Minneapolis and Los Angeles team has hosted many basketball stars and will continue to host many more, including LeBron James, JR Smith, and more.

The name “Boston Celtics” is derived from the famous place – Boston. The Celtic team is also a historic club established in 1946 and remains dominant today. Boston Celtic has been a constant rivalry with the Los Angeles Lakers, and both teams have had many successful seasons to maintain their competitive edge against each other.

Boston Celtics fans are spread all over the world, adding color and pizzazz to the team’s game. The team is valued at $452 million and has many top players including Tristan Thompson, Kemba Walker, Jaylen Brown, and more.

The New York Knicks are one of the founding members of the popular basketball association – NBA. Since the early years of basketball, the team has made a lot of amazing achievements and continues with their awesome game. The team has about two NBA championships under its belt. A fact of the team is that they are the only team outside of the Celtics still located in the establishment’s original city.

Another feather added to the team’s cap is their association with one of basketball’s greatest players – Michael Jordan. Michael Jordan won three rounds with the team between 1991-1993 and even beyond.

Miami Heat has been in the game since 1988 and has managed to make quite a few achievements to earn its name as one of the best basketball teams in the world. Miami Heat is famous for holding different winning records in some of the previous years. The team won around two championships between 2006 and 2012.

Miami Heat has a record winning streak of 27 games, topped only by the Lakers’ winning streaks. The best team had a lot of fantastic players playing in the team including the famous LeBron James, Dwayne Wade, Alonzo Mourning etc.

The team, commonly referred to as the Spurs, was founded in 1967 and has since shown a competitive edge towards the game. The team had some early performance failures and had the worst franchise history from 1985 to 1989. The team quickly shook off defeat to clinch their first championship in 1999 eventually securing a fourth championship.

There are a lot of talented players in the team, and these players are part of the reason why the team is considered a top team. Current players on the team include DeMar DeRozan, LaMarcus Aldridge, etc.

The Toronto Raptors were relatively recently set in 1995 and set the record as one of the premier NBA teams in Canada. Although the team has shown impressive gameplay, they have yet to be able to win a single championship.

One of the instrumental actors in the team’s early plays is Vince Carter; he was instrumental on the team in leading the Toronto Raptors to their playoff victory in 2000.

Phoenix Sun is one of the teams created in late 1968, and it takes on the reputation of being the only Western Conference team not based in California. The team had some great victories in its early seasons, including reaching the NBA Finals, before losing to the Boston Celtics in the 1975–76 season. The Phoenix Suns’ early games put them in the limelight as one of the teams to watch in the NBA.

This basketball team had its name taken from its location; it was formerly called the San Diego Rockets before moving to Houston. The Houston Rockets team achieved victory in its first games, including becoming the youngest team in the NBA, and on top of all that, the team won two championships.

The Houston Rockets had some great players who contributed to the team’s wins; one is Hakeem Olajuwon. He is the only player to win 3 NBA awards in one season and was eventually added to the Hall of Fame.

It is Dallas’ only basketball team after the first team moved to San Antonio to become the San Antonio Spurs. Dallas Mavericks had always had a good run in the competition, and after a winning streak, the team captured their first championship to date.

Dirk Nowitzki is a player in this team who was part of the first games and who still plays with a fantastic result.

Different great teams in history have kept the game of basketball alive. The mentioned teams are not the only successful ones in basketball but their choice is based on their popularity, fan base and value. We’ve reviewed the best basketball teams; if you can’t wait to read more reviews, you can check out our blog. You can also find best online casino list here.