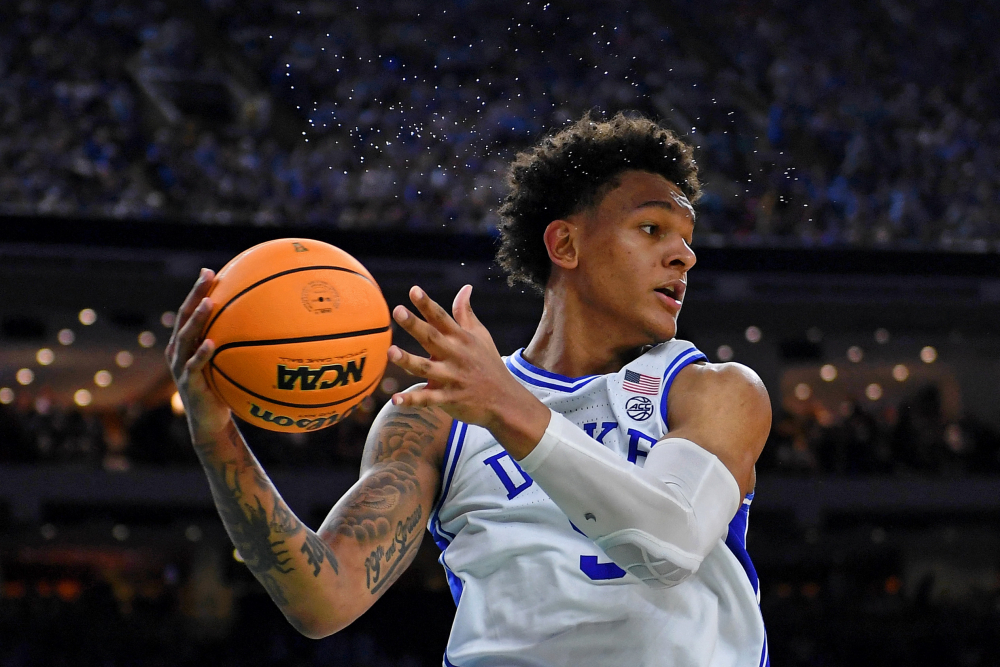 In 2020, it was Nico Mannion who broke the negative streak and put Italy back on the NBA Draft map. The Arizona alum was born in Siena, Italy but grew up in the United States and was not a product of Italy’s youth basketball system.

The last product of the Italian movement to be selected in the NBA draft was Alessandro Gentile in 2014. Although he was close to joining the Houston Rockets at least twice, in the end Gentile never reached the NBA.

Currently, Italy has only one player in the NBA: Danilo Gallinari, who just finished his season with the Atlanta Hawks. Nicolò Melli had a quick stint, playing for the New Orleans Pelicans and Dallas Mavericks, but last summer decided to return to Italy and sign a deal with Armani Exchange Milan.

However, the situation may soon change. For the upcoming 2022 NBA draft, which will take place on June 23 at Barclays Center, four Italian players have declared themselves, and at least three of them have a good chance of being selected.

Paolo Banchero is clearly the best Italian hope in the repechage. Like Nico Mannion, he grew up outside the Italian basketball system, but he represents the colors of the country, especially now that he received an Italian passport.

The forward is currently expected to be selected in the top 5. In the ESPN Mock Draft, he is listed as the No. 3 pick. He has averaged 17.2 points, 7.8 rebounds, 3.2 assists and has shot 34% from 3-point range in his only season at Duke.

Unfortunately, he couldn’t deliver a final NCAA title for Coach K, but Duke still had a great run, reaching the Final Four and showing some quality basketball.

Offensively, he can do a bit of everything: he can create a dribble, and he can knock down a one-off midrange jumper. But Banchero also has some very interesting playmaking skills.

It was pretty common for him at Duke to grab a rebound and then go into transition as the de facto team playmaker. For a guy his size (2.08 meters), he is a very good passer and can find his teammates in different ways: attacking on the dribble, from the post-up or after a basketball drive.

He can see over defenders with his size and make passes that aren’t normally available to smaller guards or wings.

But there is very little doubt about Paolo Banchero’s potential to become a transformative player for an NBA franchise.

And it’s the same for the national team. The Italian-American striker is probably the biggest hope for the future of the Italian national team, a player who could change the Azzurri’s fate.

Gianni Petrucci, the president of the Italian basketball federation, recently said that Banchero is delighted to wear the colors of Italy and that, most likely, the first major tournament in which he can join the Italian NT will be FIBA 2023. World Cup, which will be crucial to qualify for the Paris 2024 Olympics.

If all goes according to plan, Banchero will become the first Italian player to be selected in the top 5 of the NBA draft since 2006, when Andrea Bargnani was selected with the first overall pick by the Toronto Raptors.

The hope is that, unlike Bargnani, he can lead the Italian NT to great success and achievement.

Matteo Spagnolo, 19, and Gabriele Procida, who turns 20 in a month, are probably Italy’s two biggest hopes in recent years. They had a different path, however.

Spagnolo made his professional debut in the Italian third division when he was just 14 years old. In the summer of 2018, he left Stella Azzurra Roma, arguably Italy’s biggest development club, to join Real Madrid, becoming the first Italian player to play in Los Blancos’ youth department.

After signing a three-year contract extension with Real Madrid, Spagnolo was loaned out to Vanoli Cremona this season to find more minutes and play a consistent role.

He received nominations for Best Under-22 Player and Best ‘Surprise’ of the season. Sadly, Vanoli Cremona were relegated from the First Division, casting a shadow over Spagnolo’s season.

During the regular season, several NBA scouts attended Cremona home games to take a close look at the Italian combo guard. Spagnolo is currently expected to be selected at the end of the second round.

In the last ESPN Mock Draft, he was listed as the 52nd pick. If selected, chances are he will stay in Europe for at least another season, a source told BasketNews. It’s still unclear if it will happen with Real Madrid or with another team.

On the other hand, Procida grew up in the Como region and made his professional debut in the Italian first division with Pallacanestro Cantù when he was only 17 in 2019. The following season, 2020-2021, he is became a stable member of the team’s rotations and played in every game of the season.

Although Cantù was relegated from the Premier League, Procida attracted the interest of several major teams after averaging 6.4 points and 2.5 rebounds per game and showing great potential with his 3-point shot. and his athleticism.

Armani Exchange Milan and Virtus Bologna looked at his profile, but in the end Procida signed a multi-year contract with Fortitudo Bologna, attracted by the idea of ​​being coached by Jasmin Repesa, well known for his ability to work with younger players. and help them grow.

Procida struggled to have a consistent role, playing only limited minutes in several games. With Fortitudo Bologna soon embroiled in the battle to avoid relegation, Martino gave more confidence to experienced players, using Procida mostly off the bench.

After a series of injuries to other players at a crucial time in the season, the Italian winger started playing more and showing his ability, giving a taste of his athleticism. Two games from the end of the regular season, Fortitudo Bologna still risks being relegated.

The wing is currently expected to be selected with the 53rd pick in the upcoming NBA draft, according to ESPN’s latest draft.

“I think Spagnolo and Procida have a good chance of being selected in the second round,” an NBA scout told BasketNews. “They both have great skills and potential. Of course, being selected doesn’t mean they’ll make it to the NBA right away, but I see the potential in them to become NBA players.”

After officially declaring himself for the NBA draft, Procida said: “My dream of going to the United States remains the same, I will go there without too many expectations, but I will do my best to to succeed.”

Leonardo Okeke was born in 2003, and in his first season in the second division he showed a lot of advantages, averaging 9.4 points and 7.7 rebounds per game. The big man plays for JB Monferrato, but he’s under contract with Serie A side Bertam Derthona, who decided to send him on loan to the Second Division to grow.

And Okeke is growing up pretty fast. Not yet 19, Okeke already looks like a much more mature player than his age suggests. Listed at 2.13 meters, the big Italian man really knows how to use his body in the best possible way in every situation. He is gifted with great athleticism and he is already a very good shot blocker.

During the season, even ESPN draft guru Mike Schmitz decided to pay him a visit and mentioned his case as a late bloomer. Although he is currently not slated to be selected in the upcoming NBA Draft, his consideration among NBA scouts is growing.

Okeke’s growth in the coming years could also be a factor for the Italian national team. Italy have often lacked the presence of an explosive and athletic big man like Okeke under the basket, and if the Nigerian-born continues his steady progression he could become a really interesting weapon for the Azzurri.

In a recent interview Okeke gave to the Italian podcast “Draft & Stash”, he described his playing style this way: “I’m not the classic big man who screens and rolls, I’m a player who knows how to do a bit of everything.

If you ask me to pick up the ball, I can do it, I know how to move the ball and attack the dribble. I’m working really hard on my shooting mechanics, I still need to improve on that front, but I’m working every day to get better.

Riccardo Fois, Arizona’s assistant coach who is heavily involved in the Italian national team’s recruiting process, said in a recent interview that the final game for Italy is to become one of the strongest teams. in the world for the Olympic Games in Los Angeles in 2028.

For that to happen, there has to be a starting point. Looks like Brooklyn in June could be a good starting point for this project. It’s up to Paolo Banchero, Matteo Spagnolo, Gabriele Procida and Leonardo Okeke to lead the way and paint blue on the NBA skies.