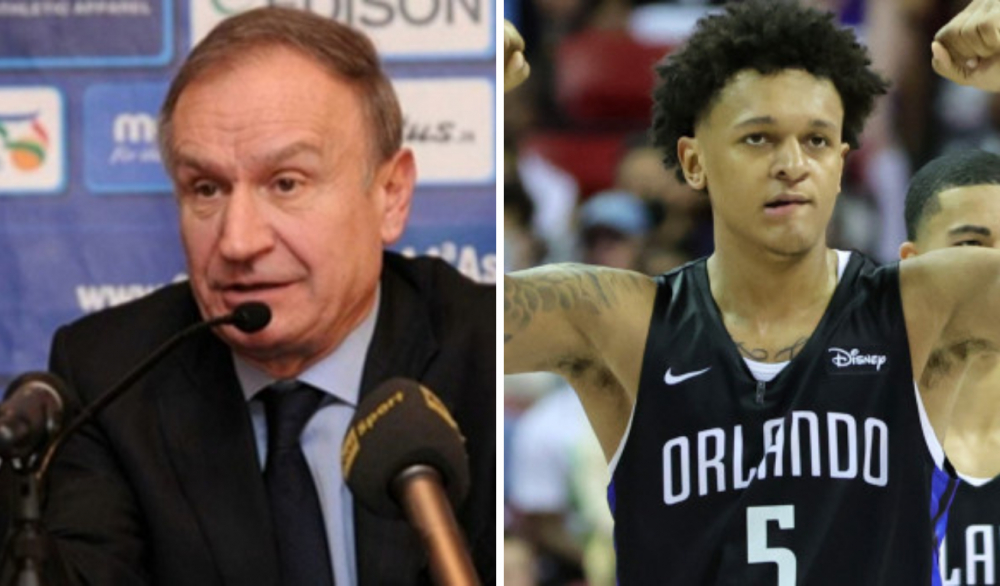 The president of the Italian Basketball Federation says the hope is to have Banchero with the national team at the 2023 World Cup. Head coach Gianmarco Pozzecco and general manager Salvatore Trainotti will fly to the United States to speak with the player.

After reaching the quarter-finals at the 2021 Olympics and EuroBasket this year, Italy will start focusing on the FIBA ​​Basketball World Cup 2023, which will be hosted by Japan, Indonesia and the Philippines.

Italy’s best hope to improve the team is Paolo Banchero, the No. 1 pick in the 2022 NBA draft. The Orlando Magic rookie has an Italian passport and has already expressed his willingness to represent Italy in the international level.

The president of the Italian Basketball Federation, Gianni Petrucci, was recently the guest of the sports festival organized by the Italian newspaper “La Gazzetta dello Sport”.

At the event, in an interview with Sky Sport, Petrucci said the federation’s desire was to have Banchero with the national team at the World Cup.

“The chance that he wears our shirt is real,” said Petrucci. “Our general manager Salvatore Trainotti was in the United States recently to speak with his family. Our hope is to have him with us at the World Cup, we certainly have chances.”

“For this reason, Gianmarco Pozzecco and Salvatore Trainotti will go to the United States to speak with the Orlando Magic and with the player,” added Petrucci. “Having him in would be a wonderful development for our basketball. He was the No. 1 pick in the last NBA Draft, for sure he’s going to add great value to our team.”

Italy are yet to qualify for the FIBA ​​Basketball World Cup 2023. With Spain, they top Group L.

Italy have won their last two games against Ukraine and Georgia. In November, Italy will face Spain at home and Georgia on the road, looking to secure a World Cup spot.

Banchero, who has Italian roots through his father, has often shared his interest in the country. He shows off the Italian flag on his Twitter account and was enthusiastic recently when Italy beat Serbia in the EuroBasket Round of 16.

In his lone season at Duke, Banchero averaged 17.2 points, 7.8 rebounds and 3.2 assists per game while shooting 34% from three-point range.