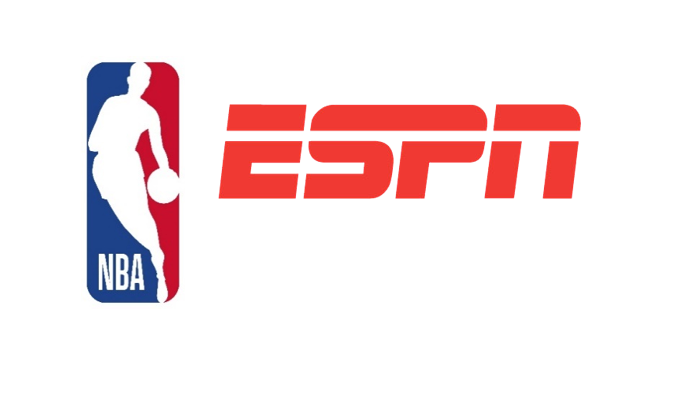 NBA (www.NBA.com) Africa and ESPN Africa today announced a multi-year agreement that will allow ESPN2 (DStv 219 and Starsat 249) to broadcast a record 180+ regular season and playoff games from the NBA every season, including all of the Conference Finals and Finals, beginning with the 2022-23 NBA season which began last month.

ESPN2 will air 30 classic games each season and will continue to feature US-produced marquee studio programs covering NBA news and updates, including SportsCenter and NBA Today. Audiences across Africa will also have access to new localized NBA programming. In addition, Africa.ESPN.com will feature original content covering NBA Africa events on the continent, including youth and elite basketball development programs, appearances by NBA players and legends. , and more. The full 2022-23 NBA game schedule, including 45 prime-time weekend games in Africa, is available here (http://bit.ly/3tgveqz).

“As the home of American sports in Africa, ESPN is committed to bringing the best in premier sports content across a unique and exciting portfolio of sports leagues to audiences across Africa,” said Kyle De Klerk, Director: Sports Commercial and Business, The Walt Disney Company Africa. “This extended broadcast agreement with NBA Africa extends that promise, and the exciting new programming on offer will give fans across the continent even more opportunities to share in the passion and excellence of this renowned league,” he said. added.

“ESPN Africa showing a record number of NBA games and providing more locally relevant content to our fans underscores the momentum of the NBA in Africa and will help us continue to grow the game across the continent,” said Kornelia Semmelink. , Senior Director of NBA Africa. , Global Media Partnerships. “Through this expanded collaboration, we will make the excitement of the NBA more accessible to fans in Africa on the devices and platforms they use most, including prime time.”

“NBA Saturdays and NBA Sundays Presented by NBA 2K23,” the league’s initiative to schedule prime-time weekend games in Europe, the Middle East and Africa, will air on ESPN2 and understand :

ESPN Africa has been NBA Africa’s pay-TV broadcast partner in Africa since 2019.

Distributed by APO Group on behalf of the National Basketball Association (NBA).

Notes to editors:
All broadcast times are provided in Central African Time (CAT/SAST)
Broadcast dates and times are subject to change
How to login:
ESPN2: DStv 219, Starsat 249

About ESPN:
ESPN, Inc., is the world’s leading multinational multimedia sports entertainment company, with a portfolio of more than 50 multimedia sports assets. It has eight US television networks and 26 international networks, ESPN Audio (broadcast, satellite, digital, podcasts), the world’s first portfolio of digital sports services, ESPN The Magazine, consumer products, ESPN Events and more. ESPN is 80% owned by ABC, Inc., which is an indirect subsidiary of The Walt Disney Company. Hearst owns a 20% stake in ESPN.

About The Walt Disney Company EMEA:
The Walt Disney Company, together with its subsidiaries and affiliates, is a diversified international family entertainment and media company that includes Disney parks, experiences and products; Disney Media & Entertainment Distribution; and three content groups – Studios, General Entertainment and Sports – focused on content development and production for DTC, theatrical and linear platforms. Disney is a Dow 30 company and had annual revenue of $65.4 billion in its 2020 fiscal year.

The Walt Disney Company has had a presence in Europe, the Middle East and Africa (EMEA) for more than 80 years and employs thousands of people across the region. Between Disneyland Paris and its other iconic brands, including Disney, Pixar, Marvel, Star Wars, National Geographic, 20e Century Studios and ESPN, The Walt Disney Company EMEA entertain, inform and inspire millions of consumers in more than 130 countries through the power of unprecedented storytelling. Disney+, the company’s direct-to-consumer streaming service, is currently available in 17 markets across Europe.

About NBA Africa:
NBA Africa is an autonomous entity created in May 2021 which manages NBA activities in Africa, including the Basketball Africa League (BAL). The NBA has a long history in Africa and opened its African headquarters in Johannesburg, South Africa in 2010, before opening additional offices in Dakar, Senegal, and Lagos, Nigeria. The league’s efforts on the continent have focused on improving access to basketball and the NBA through youth and elite development, social responsibility, media distribution, partnerships with businesses, the NBA Africa Games, the BAL, etc.

NBA games and programming are available in all 54 African countries, and the NBA has hosted three exhibition games on the continent since 2015. The BAL, a partnership between the International Basketball Federation (FIBA) and NBA Africa, is a professional league. featuring 12 club teams from across Africa who completed their second season in May 2022. Fans can follow @NBA_Africa and @theBAL on Facebook, Instagram, Twitter and YouTube.