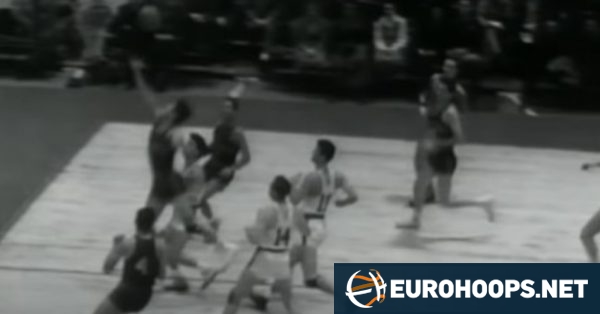 With the NBA’s 75th anniversary underway this season, it’s time to remind everyone of the first NBA game that was played on November 1, 1946.

The game was played at Maple Leaf Garden in Toronto as the New York Knicks took the win over the Huskies with 68-66 on the scoreboard. It was the only game on the schedule that day in an 11-team league.

It was a 48-minute game with four 12-minute quarters, like today, but there was still no shot clock as that rule was introduced almost a decade later.

The Knicks were the first team to score and the first basket in NBA history belonged to Ossie Schectman who made a layup early on. Ed Sadowski, who served as both head coach and player for Toronto, scored a game-high 18 points.

The opening game was played in front of 7,090 people and any fan over 6-8 Huskies center George Nostrand was allowed free entry as part of the promotion. Tickets cost from 75 cents to $2.5.

New York went on to go 33-27 and the playoffs while the Huskies failed to advance (22-38) in their first and only NBA season. The Philadelphia Warriors won the inaugural championship.

The Knicks, along with the Boston Celtics and Warriors, are the only three franchises to have played in every NBA season to date.

The Knicks and Raptors will square off Nov. 1 in New York for the game’s 75th anniversary.