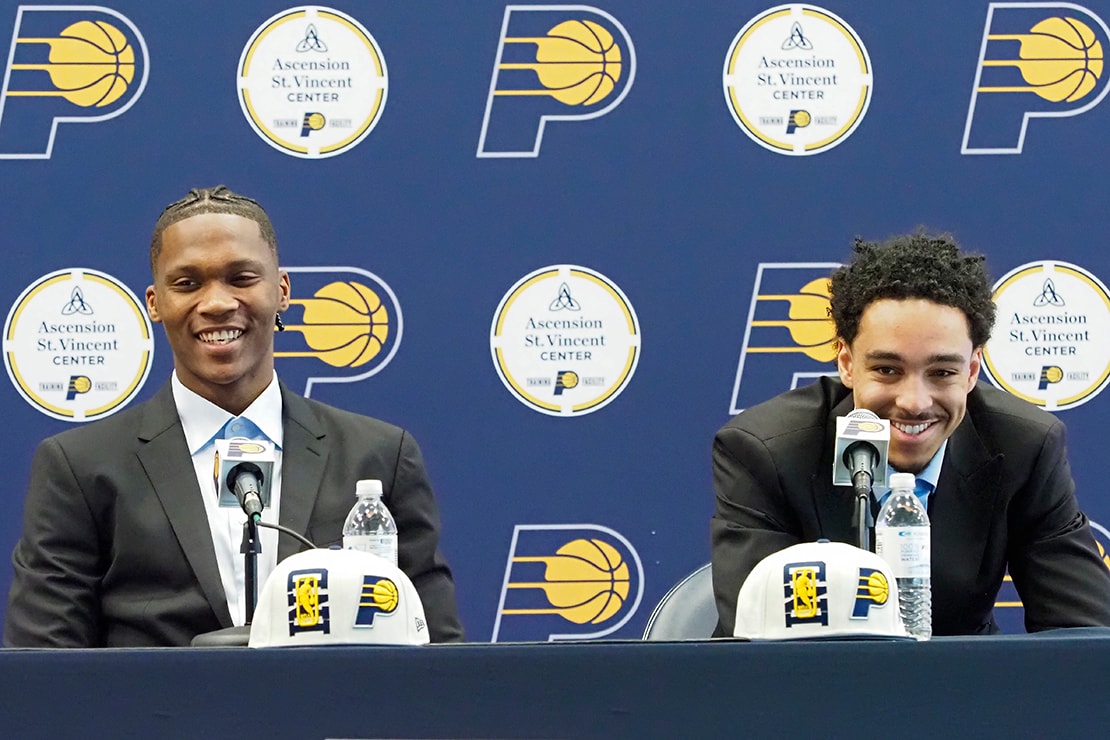 The Pacers look north for the future

When NBA teams travel to Toronto to take on the Raptors, they hear the sounds of our northern neighbor’s national anthem before every game. If Indiana continues to draft like they have this year, the Pacers might have to play him at Gainbridge Fieldhouse.

With the selections of Bennedict Mathurin and Andrew Nembhard, the Pacers have added two athletes to an already growing roster of NBA players hailing from the Great White North. The pair will join Oshae Brissett to add three Canadians to Indiana’s roster. Additionally, Pacers guard Chris Duarte was born in Canada, although he moved to the Dominican Republic at an early age.

Brissett, a fan favorite by all accounts, was born and raised in Toronto and played part of his high school basketball career for St. Aloysius Gonzaga in Mississauga, Ont. On draft night, he tweeted his support for the selections.

Meanwhile, Mathurin is a native of Montreal. The 6-foot-5 swingman from Arizona also grew up playing ice hockey and football. In 2018, Mathurin joined the NBA Academy Latin America in Mexico City, becoming the first Canadian-born player to do so.

Moments after the Pacers selected Mathurin, the Portland Trail Blazers selected fellow Canadian Shaedon Sharpe from Kentucky. According to Sportsnet, the duo became just the second pair of Canadians selected in the NBA Draft’s Top 10. In 2014, the Cleveland Cavaliers selected Andrew Wiggins the first overall, and the Sacramento Kings selected Nik Stauskas the eighth pick.

“I feel like a winner,” Mathurin said during his press conference. “I’m a very competitive guy. Off the pitch, I feel like I’m quite a funny guy. I like to do a lot of fun things.”

Later, the Pacers selected Nembhard with the first pick of the second round (31st overall). The promising guard was born in Aurora, Ont., and played part of his high school basketball career at Vaughan High School. For reference, Vaughan is about a 40-minute drive north of Mississauga, where Brissett played. He then finished his high school career at Monteverde Academy in Florida.

Nembhard is a confident facilitator with plenty of experience and should not be forgotten by Pacers fans. He has spent time at the international level, playing for Team Canada in FIBA ​​competitions for their U-16, U-17, U-18 and senior national teams. Of course, the Blue & Gold prospect Nembhard will become as recognizable as fellow Canadian guard, Hall of Famer Steve Nash.

BeIN extends its partnership with FIBA ​​until 2025