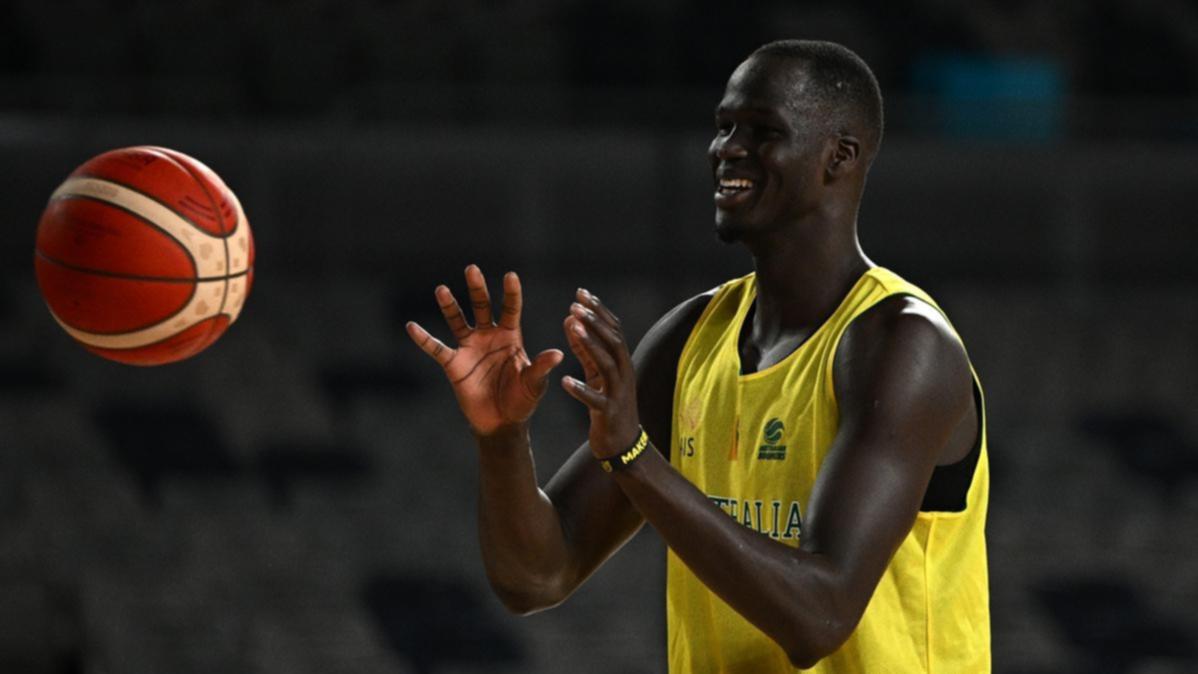 Thon Maker will use Boomers as launchpad for new NBA offering

The self-proclaimed ‘world’s most underrated passer’ Australian hopes to use his return from the Boomers as a springboard to the NBA.

Thon Maker will wear the green and gold for this week’s FIBA ​​World Cup qualifiers against China and Japan in Melbourne, after missing the Tokyo Olympics.

The 84-inch center finished the 2021-22 G League season with the Long Island Nets and is on the hunt for a fourth NBA team after stints with Milwaukee, Detroit and Cleveland.

Maker undoubtedly has a stellar performance with the Boomers which can help him make his point.

“Certainly,” Maker said ahead of the clash with China at the John Cain Arena on Thursday night.

“A good example of that is Jock Landale (at the Tokyo Olympics), he did it with the Spurs (from San Antonio).

“It’s an opportunity on the table for me too, but it’s not my goal.

Maker is not lacking in confidence, as evidenced by Wednesday’s claim of being the most underrated passer in the world.

“Some people laugh at that, but I believe it,” the 2016 NBA first-round pick said.

Although he remains on his own, Maker could return to the United States to participate in NBA veteran camp practices.

NBL clubs are also keen to secure the 25-year-old’s signature if he decides to play at home.

“Sounds interesting, but I left that up to my agent,” Maker said.

“It’s something to think about, that’s for sure.”

Boomers coach Brian Goorjian has said Maker will be a major asset in the World Cup qualifiers as he tries to cancel out Chinese mountain Zhou Qi, the 216cm center from southeast Melbourne Phoenix.

“(China) have big players and he’s going to be a very important piece at both ends of the pitch.”