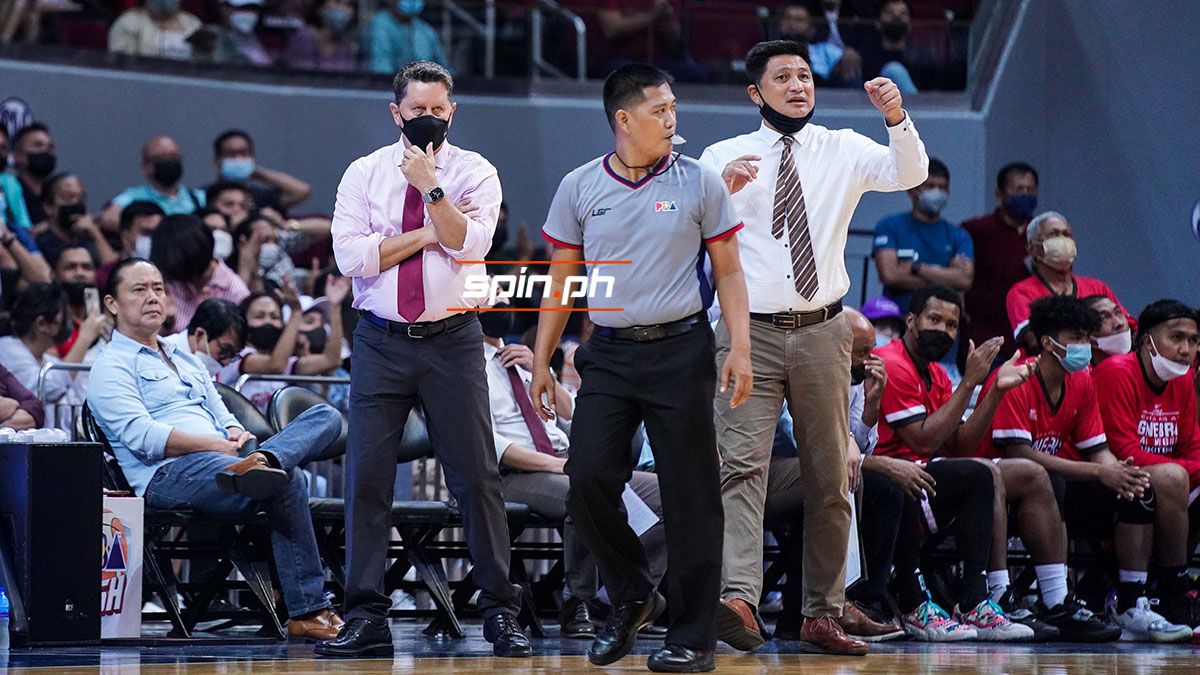 FIRST, the good news: Barangay Ginebra coach Tim Cone is set to return to the Philippines after his brief stint with the Miami Heat in the NBA Summer League.

The bad news: Cone will return with the Gins no longer in contention for the two-time PBA Philippine Cup advantage.

The Gin Kings slipped to 6-3 win-loss after their 90-73 loss to Meralco, dropping them to third place in the team standings. Even with two wins in their remaining matches, Ginebra’s chances are already bleak, especially with TNT currently in second place with an 8-3 win-loss record.

Ginebra also lost to Magnolia and Meralco, teams can also end up with eight wins at the end of the knockout round.

Assistant coach Richard del Rosario said Cone’s return would be a boost for the struggling team.

“If Coach Tim will be back, that’s the good news. I think on Saturday morning he will be there for the next game. At least I’m sure his presence will give the players a huge boost,” said Del Rosario, who had a 2-2 win-loss card as he temporarily took over from Cone.

Del Rosario said Ginebra had a lot to work on after the two setbacks which included a loss to TNT last Sunday. One aspect the Kings should focus on is how to respond to adversity.

“Obviously there are a lot of issues to deal with. The only way is to fix it together. I can’t pinpoint one thing in particular that we need to fix. There are a lot of things that we have to analyze, do a lot of introspection.

Ginebra lost another explosive match against Meralco, 90-73. The Gin Kings never led in the game which saw Arvin Tolentino miss the contest with a shoulder injury.

“It’s not really about losing, losing the chance to beat twice, we’re good naman kahit his best of three. We don’t watch this, kung best of three or two times to beat. It’s just the way we lost in the last two games. ‘Yun ang kailangan namin i-address. We need to show more team spirit and unity, especially in times of adversity and that’s what we’re going to address in the next two games.

Meralco assistant coach Luigi Trillo hinted that Ginebra’s lackluster performance could be linked to their schedule where they played three games in a week.

But Del Rosario makes no excuses.

“Even in the playoffs, we are used to playing back-to-back games. We’re not going to use that as an excuse. We just didn’t show up anymore. We have already done it in two games. But again, ‘yung lagi names sinasabi, not too high after a win, not too low after a loss. We’ll take that and move on to the next game. That’s the most important thing for us, to get back on our feet and win in our next game,” said Del Rosario.

“I hope we will show better character and better team spirit to team up against adversity in the coming games,” he added.