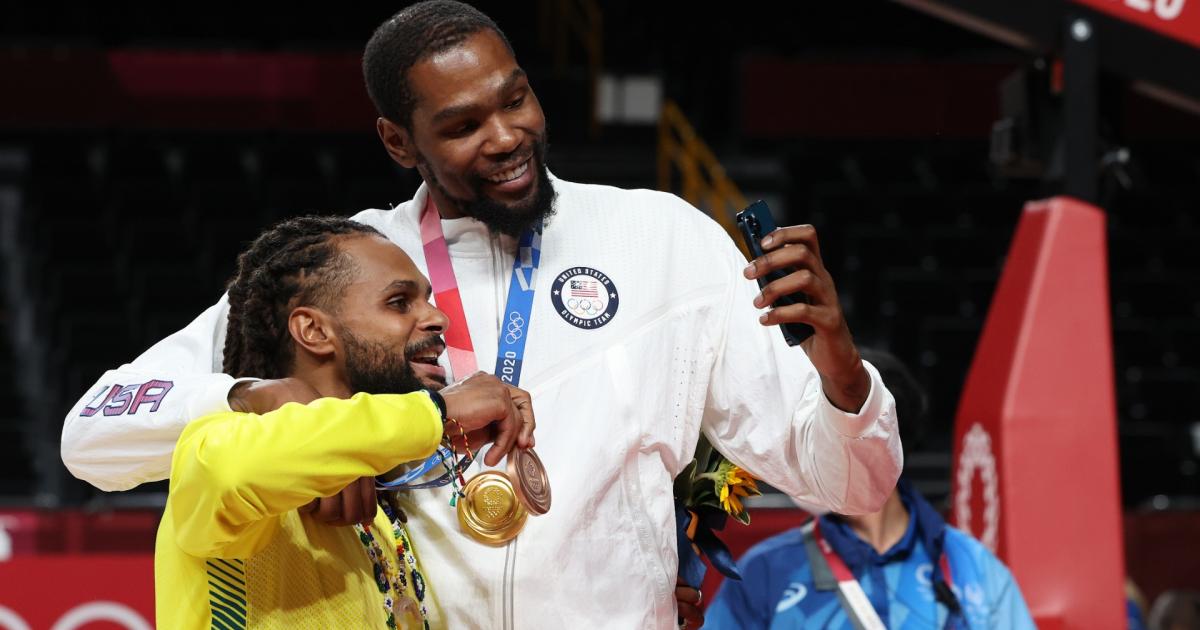 Men’s basketball is over at the Tokyo Olympics, ending a thrilling month of hoops.

The United States beat France in the championship round to finish with their fourth consecutive gold medal, while France won their third silver in the loss. Australia made history by defeating Slovenia in the bronze medal match, earning their first-ever men’s basketball podium at the Olympics.

At the conclusion of the games, FIBA ​​Basketball announced the tournament’s “All-Star Five” team, representing the top five players from the Olympics.

It’s hard to argue against the case of one of those stars who dominated while representing their country.

Ricky Rubio has been incredible for Spain, averaging 25.5 points per game. The 30-year-old playmaker came out strong, scoring 38 points in Spain’s loss to the United States in the first round of the knockout stage. His point total was the most points an individual player had ever posted against Team USA.

Patty Mills secured the other guard spot after leading Australia with 23.3 points and 6.3 assists per game. The 32-year-old Australian would go down in history, torching Slovenia for 42 points and nine assists to ensure his country would win its first-ever men’s basketball medal at the Olympics, winning bronze.

Although he didn’t win his country’s first medal, Luka Doncic was nothing short of amazing at the Olympics. In his debut on this stage, the 22-year-old continued to impress with a remarkable average of 23.8 points, 9.7 rebounds and 9.5 assists per game. His points-per-game average was good for third place in the tournament, while his rebounding average ranked second and his assists average ranked first.

Rudy Gobert was the anchor of the strong French defense that carried them to the gold medal game. The star center averaged 10.2 points and 9.4 rebounds, holding the paint at both ends of the floor for the team that finished with a silver medal.

Finally, Kevin Durant was recognized for his consistent play that helped the United States win another gold medal. Durant averaged 20.2 points per game at the Olympics, becoming the United States’ all-time leading scorer. He may have cemented his title as the greatest American basketball player of all time, joining Carmelo Anthony as the only player in United States history to win three Olympic gold medals in men’s basketball. He had 29 points to close out first place for the United States, continuing his historic dominance in gold medal games.

These five players fully deserved their place on the “All-Star Five” team of the Tokyo Olympics.

The views on this page do not necessarily represent the views of the NBA or its clubs.

‘FIBA Patty Mills vs Olympics Luka Doncic could only have one winner’: NBA Twitter praises Australian and Slovenian superstars as Boomers claim first ever Olympic medal