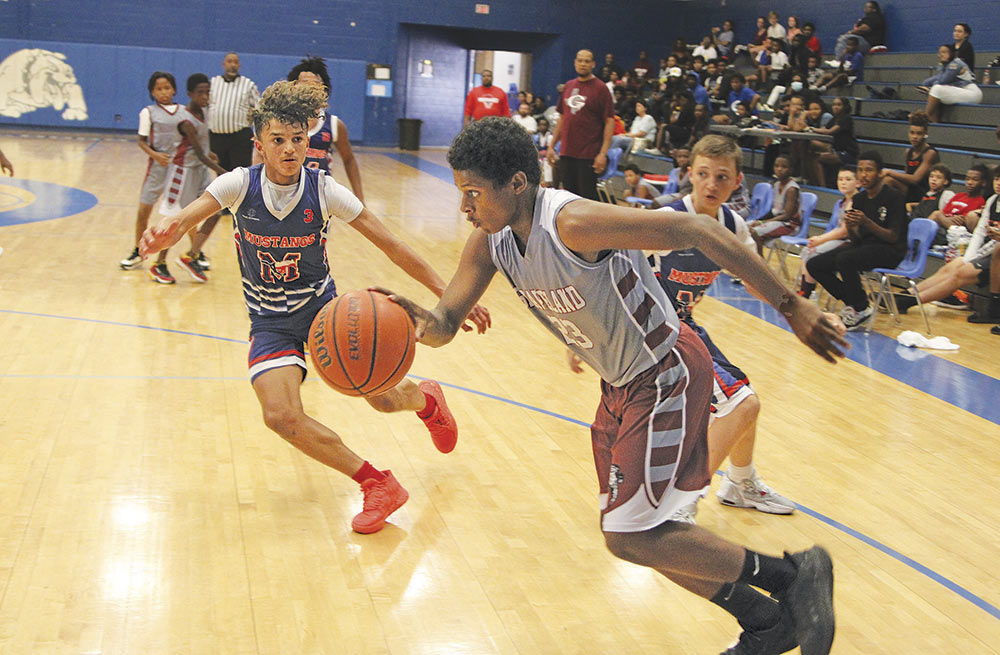 A Grapeland player drives the baseline against Madisonville during Saturday’s Basketball Showcase at the old Crockett High School gymnasium.

By Larry Lamb
This email address is protected from spam. You need JavaScript enabled to view it.

The tournament, open to teams of boys aged 10 and over, consisted of three brackets.

Crockett’s Brandon Johnson and former NBA player Cartier Martin, a Crockett native, hosted the tournament and are already planning to expand it next year. Previous tournaments featured adult teams, but Martin and Johnson wanted to provide a stage for youth teams.

The competing Houston County teams were:

Out the Mud (Crockett)

The tournament organizers thanked everyone for their love and support which made this event a huge success.