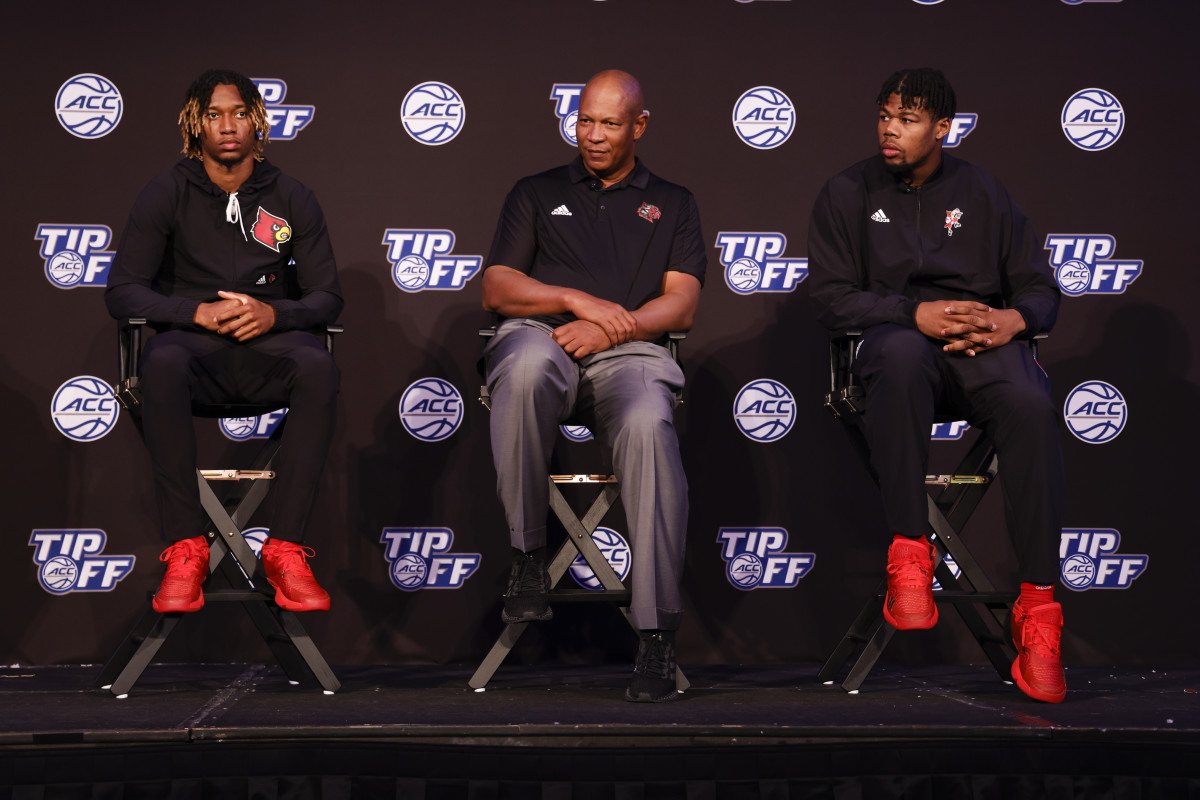 Below is the transcript of the three from their official press conference:

Q Coach, think about how you establish the culture of your program moving forward.

KENNY PAYNE: I think one of the things that’s vital for me to establish right away is my own personal culture, a culture that’s built around youth achievement.

You know, it’s easy to talk about wins and losses. This is not the real problem that these young people must hear.

Q How’s it feel to take this job at your alma mater? It must be a huge accomplishment for you and must also come with a lot of pressure.

KENNY PAYNE: You’re right about both. The obligation I feel for my school and the pressure to make everyone happy never goes away. Before going to sleep at night, I think about it. How can I please this whole community, this whole town, this whole state of Kentucky, and also please these children and their parents. This is the work entrusted to me.

Q Sydney, if the coach talks about the idea of ​​trying to bring the community together, trying to get things done in a different place, obviously he’s dedicated himself to the community. What are you doing to dedicate yourself to him?

SYDNEY CURRY: I come every day, I work hard for Coach. So he pushes us every day, so he comes, works hard every day and just tries to improve for the team.

Q El, you had the chance to go to Hawaii to play some basketball. Have you ever been to Hawai’i before?

EL ELLIS: No, I’ve never been to Hawaii.

Q What are you looking forward to?

EL ELLIS: Man, go out there and look forward to competing. Going out of the country, something I haven’t really done in my life. Just being able to go out there and have fun and compete, it’s going to be fun.

KENNY PAYNE: Great question. To go back a bit further, when I got the job, I think 3,000 people hit on me because they worked for me or were on staff.

As I mentally went through it, how the hell do you digest so many coaches from all facets of life, all levels, NBA, college, high school, AAU, how do you digest all of that?

One thing that stuck in my mind that Larry Brown told me: A coach’s obligation is to love the people he coaches. So my number one criterion, I knew I was hiring guys who were uniquely qualified for the job. I wanted guys who had won championships, who were winners. I wanted guys who could give their life to young people.

But more important than the X’s and the O’s and the knowledge of the game and the experience of a Nolan Smith or a Danny Manning or even a Josh Jamieson or Milt Wagner or Reece Gaines, I wanted them — the first thing, you gotta love kids to work for me. You must like them.

Then after loving them, really important, you have to adopt their dreams. Adopt them. Don’t assume because a kid tells you how to trust I want to be a great NBA player. Don’t say he can’t do it. You adopt his dream and give him what he needs to achieve that dream.

If he falls short, it’s on him. We gave 110% together. That’s how I proceeded to choose a stick.

I went public and said this: I believe I have the most unique staff in the history of college gaming. It doesn’t mean we’re going to win games right off the bat. This means that each of these coaches has a unique experience that they can share with young people to help them achieve their goals and dreams. For me, it’s a win-win.

Q Sydney, your onstage teammate is the leading return scorer, 8.7 points per game. Who else will score? Who else is going to bring the heat, fill the hoop this season to complete their season average?

Q You have seven players who are at least 6’8″ and taller. Over time, will we see more than seven players at that height? What is your recruiting strategy and what will be the style of play that matches that height?

KENNY PAYNE: The recruiting strategy is that I need high-end talent that has a high-end character. I need donors. I don’t need takers. I need guys who, whether they know it or not, bring something to their team, no matter if they can really explain what they bring.

I want a guy who can post-up, can shoot a three, can shoot a mid-range, can lay-up, can pass the ball, who can bounce the ball over the rim, can run the lane , can push the Ball. I want all-around all-around basketball players who have a unique ability to fight for what they want and who are dream chasers.

I’m not really looking for the right player who isn’t ready to fight for his dream, who assumes it’s going to come true. It is illusion. I can’t help this kid. I can only help those who are realistic about what they want in life, and those are the kids I want to recruit.

Q Coach talks about being the Dream Chasers. Sydney, what is your dream?

SYDNEY CURRY: My dream is to reach the NBA and take care of my family. I feel like Coach is doing a great job pushing me every day to achieve my goals.

EL ELLIS: I would say go to the NBA, especially take care of my family. I have a family that depends on me and they push me every day to work hard and achieve my goals.

Q Coach, in the game ratings, or at least the pre-season profile ratings, this indicates that the Cardinals are one of the most high-profile programs on television. What does this TV show do for what you’re trying to fit into your program?

When a timeout happens or a referee blows his whistle, I want players to come up to me and put their arms around me, and I want to put my arms around them and say, what do you see?

In the form of winning games, I want them to see that we stay the same. Every day we are hungry and humbled.

Q Coach, how do you incorporate your playing experience both at the college level and at the NBA level when talking to your players? Do you give examples, or what is your method of taking that experience and bringing it as the head coach of Louisville?

KENNY PAYNE: Great question. Very simple. I can be delusional and selfish and say, you guys play basketball; it’s just a game. It’s not reality.

But if you pour 75% and your life doesn’t turn out like you’re going to live with that pain.

My experience, I’ve been very close to this lifeline with this pain, and by the grace of God, I’m sitting here, and I’ve been able to help people because I put them first, and I want them knowing that I care about them, love them, and train them out of love.

There has to be a fear of failure to know exactly what you’re up against in this world, because when it’s over, that college thing is over, it becomes really real.