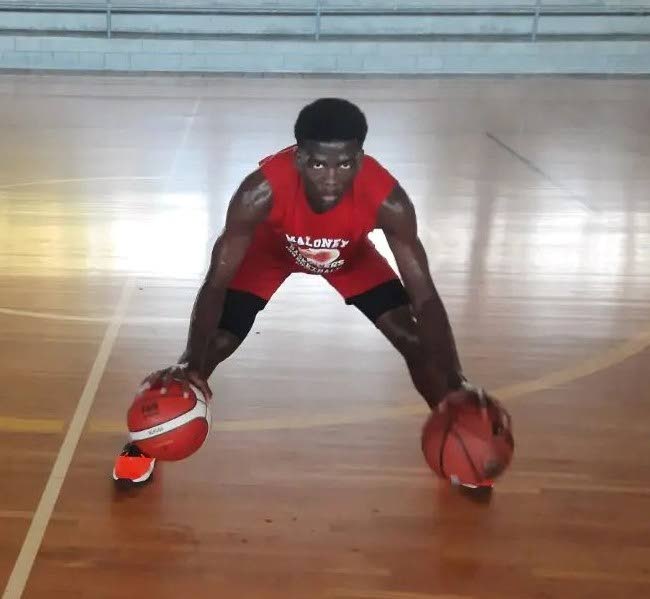 Trinidad and Tobago under-17 basketball player Ayodeji Iwaro will participate in the NBA and FIBA ​​American Basketball Without Borders (BWB) camp, which will be held at La Loma Centro Deportivo, San Luis Potosí, Mexico, official home of the NBA Academy Latin America.

The camp started on Monday and ends on Thursday.

A National Basketball Federation of TT (NBFTT) press release stated, “Basketball Without Borders is an elite basketball skills camp that brings together the best players ages 17 and under from across the Americas, to learn directly from NBA and FIBA ​​players, legends and legends. coaches.

The NBFTT believe the camp will be beneficial for Iwaro and said it is unfortunate that another quality young player was unable to make the trip.

“Iwaro, considered one of TT’s most promising prospects, will have the opportunity to test himself against the best young players in the region. Another Under-17, Aaron Antoine, has also been invited to the BWB camp America, but was forced to withdraw due to injury.”

NBFTT said Antoine, a high jump gold medalist at the 2022 Carifta Games and a recent attendee of the NBA’s elite development team training camp at the NBA Academy in March, is looking forward to go to Mexico.

The 11th BWB Americas Camp will mark the first time the NBA and FIBA ​​Development Program will take place since BWB Global at NBA All-Star 2020 in Chicago and the first time in Mexico since 2009.

This year, BWB Americas will bring together more than 60 of the best high school boys and girls from across Latin America, Canada and the Caribbean. Players and coaches will guide campers through a variety of activities on and off the field, including movement efficiency, positional skill development, shooting and skills competitions, five-on-five games and life skills seminars focusing on health, leadership and communication.