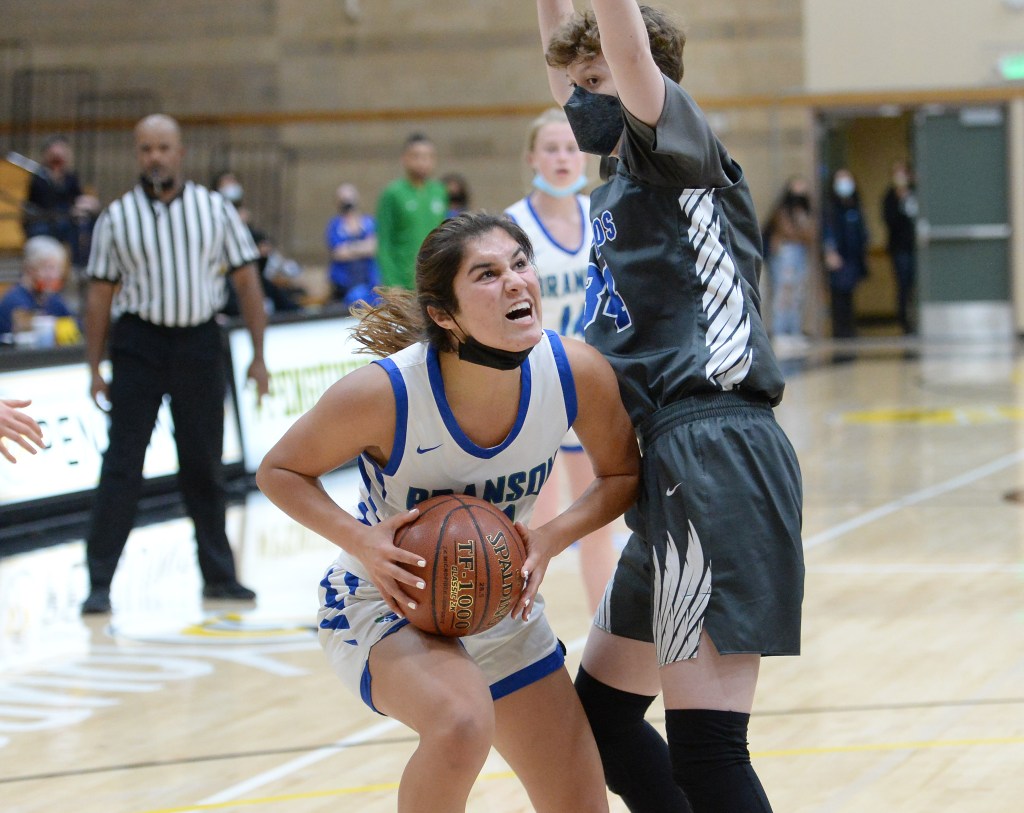 Basketball is entering its final week of the season and three Marin teams are still standing, one victory away from a trip to Sacramento for a state final.

Elsewhere, football ended with three local teams in Saturday’s NorCal title games – two of them against each other.

As his team inch ever closer to the state title game they missed two years ago when the pandemic began, Golan continues to elevate his game in the biggest moments. Golan scored 25 of his 34 points in the second half of NorCal’s semifinal against second-seeded Calaveras on Saturday. Golan shot 11 of 17 and went 11 of 13 from the free throw line, also pulling 12 rebounds for good measure. Overall, Golan scored 71 points in three games last week to put Branson in the NorCal Championship game. The Bulls host Argonaut No. 12 at 6 p.m. Tuesday at Dominican University.

The freshman put on a monster first half in the quarter-final win over St. Francis, scoring 21 of his 27 points to lead the Bulls to victory in a game that top scorer Jase Butler snagged. missed with a sprained ankle. The Bulls brought Butler back in time to face North Coast Section playoff rival St. Patrick-St. Vincent on Saturday. After the teams shared two tight sectional finals in the past three years, the Bulls won the NorCal semifinal in a rout, 75-49. Branson travels to face No. 1 Elk Grove at 6 p.m. Tuesday with a spot in the state title game on the line.

The Panthers went through their first two NorCal games last week, but found themselves in a battle against Crystal Springs Upland in the semifinals on Saturday. Jenkin stepped up, scoring 18 points to help the San Domenico Girls advance to the first NorCal Finals in program history. San Domenico led by 10 at the start of the fourth quarter but saw their lead reduced to two points midway through the fourth. Jenkins scored eight of his points in the final quarter.

The Wildcats won three playoff games last week to claim the second NorCal championship in program history. The trio combined to score all 10 goals for MA in wins over Rio Americano, Granite Bay and Archie Williams. Zalayet and Huck scored in all three games with Zalayet scoring a pair of goals in the final including the match winner. Aley scored once against Rio Americano and twice against Granite Bay to help MA advance to the finals for a rematch against Archie Williams.

Although the Peregrine Falcons were ultimately turned down at the very end by Marin Academy, Benson staged another spectacular week to place Archie Williams in the first NorCal Finals in program history. Benson scored seconds before the final whistle to force extra time in an eventual quarter-final win over Richmond. He added a hat trick in the semi-final against Montgomery and then scored the first goal of the final against MA.

Sherry scored the winning goal in a 2-0 quarter-final win over Pleasant Valley and represented MA’s only goal in the title game, a penalty loss to Chico. Sherry, a Princeton University draftee, provided an early spark in both games, scoring in the 16th minute against Pleasant Valley and the 11th minute against Chico. Hanna’s creativity and ability to pick a pass was on full display during the week as she set up Chloe Swindle’s goal in a 2-1 win over University in the semi-finals and then set up the strike from Sherry in the final.

Leonard picked up where she left off last season, knocking out 20 batters in a 2-1 win over Berkeley on Tuesday. Leonard picked up the win and actually counted for every out recorded for Redwood, lining up a bunt for the only unscratched out.