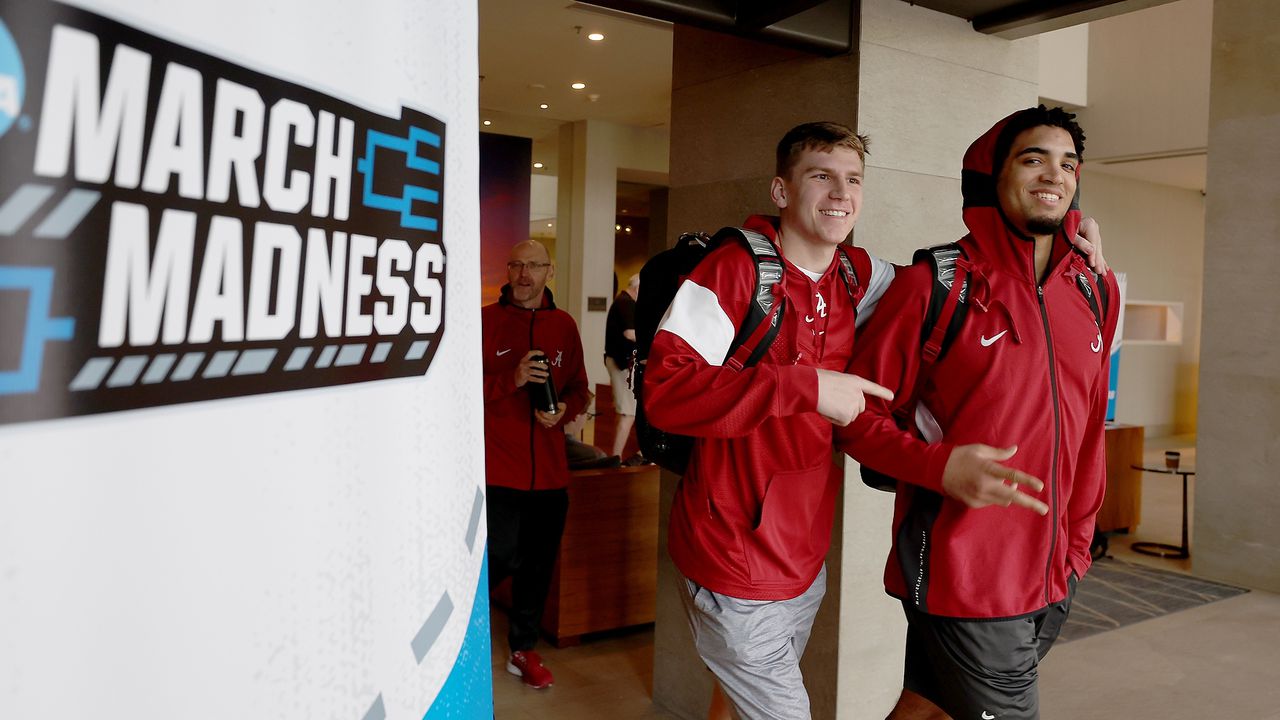 Johnson, of Mountain Brook, was a fourth-year senior last season who had been honored on senior day each of the past two seasons. Rojas was a fifth-year senior. Both players still have one year of NCAA eligibility due to the COVID-19 waiver granted to all athletes for the 2020-21 season.

“280 characters are not enough to describe the love and gratitude I have for Alabama and my teammates, coaches and Bama fan base,” Johnson written Monday night on Twitter. “Alabama will forever be my home!” That said, I’m excited to see what this next chapter has in store for me.

A total of seven players from last season’s Alabama basketball team have entered the portal since the season ended with a first-round loss to Notre Dame in the NCAA Tournament last month. That includes five scholarship players in Rojas, forwards Alex Tchikou, Juwan Gary and Keon Ambrose-Hylton, and guard Jusaun Holt, plus two extras in Johnson and Jaden Quinerly.

After missing the first two months of the season while recovering from a knee injury, Rojas returned in mid-January to play 17 games while making three starts. He averaged 5.4 points and 2.4 rebounds in 13.5 minutes per game.

Rojas originally signed on to the Nate Oats staff at Buffalo after playing two seasons in junior college. He returned to Alabama with the personnel change in 2019, but missed his entire first season with a knee injury and a redshirt. He was a role player and occasional starter from the bench the past two seasons, whom Oats often praised for his tenacity and effort.

The pair were among five players honored by Alabama at the Seniors Day ceremony on Feb. 26, the other three being Tyler Barnes and stock guards Keon Ellis and Jahvon Quinerly.

“[They] will all be graduating or will have graduated, and we anticipate this will be their last year with us,” Oats said at the time. “Obviously with the COVID [eligibility waiver] thing, things are different. Who knows what’s going on.

Ellis, a projected NBA second-round pick in June, recently hired an agent while Quinerly has yet to announce his plans after tearing his ACL against Notre Dame.

Alabama continues to manage its roster for next season with four freshmen arriving with junior college transfer Nick Pringle and Ohio transfer Mark Sears. Junior guard Jaden Shackelford entered the NBA draft, while freshman guard JD Davison has until April 24 to declare with the option to retire later.