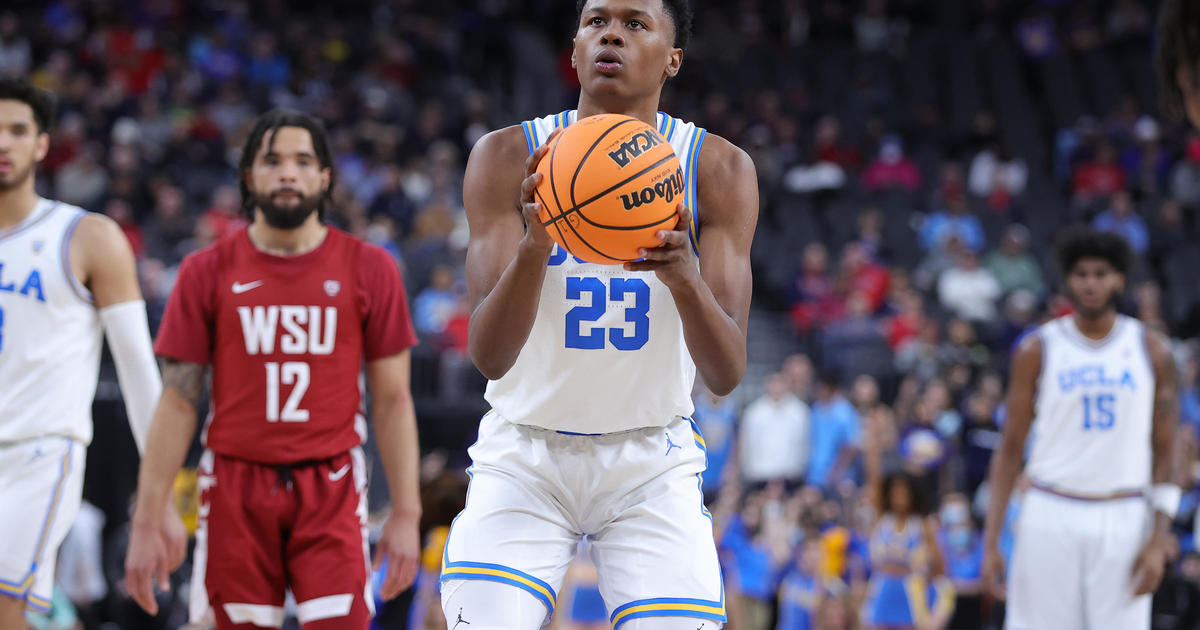 UCLA’s Peyton Watson enters the NBA Draft after one season at Westwood and hires an agent, which officially ends his college eligibility.

Watson announced his decision Tuesday on his social media accounts.

“I’m excited for the next chapter and ready to fulfill my lifelong goal of being an NBA player,” he wrote.

The nearby Long Beach forward averaged 3.3 points while shooting 32% and averaged 2.9 rebounds while playing nearly 13 minutes per game. His 19 blocked shots ranked second on the team and he played in 32 games last season.

Watson was an honorable mention on the Pac-12 All-Freshman team.

“We’re very excited for Peyton,” coach Mick Cronin said. “We all know he has a huge advantage as a basketball player, and we were lucky to have him at Westwood.”

The Bruins finished 27-8 and lost to North Carolina in the NCAA Tournament Sweet 16. Watson played just three minutes in that game, matching his least of the season.

“Although we didn’t achieve all of our goals as a team this season, my experience at UCLA made me a better person and a better player,” he wrote.

Before coming to UCLA, Watson helped USA win a gold medal at the FIBA ​​Under-19 World Cup last July.

The Bruins have already lost reserve guard Jake Kyman, who announced he was being traded.

Kai Sotto has been invited by NBA teams to enter the draft, says Joel Bell