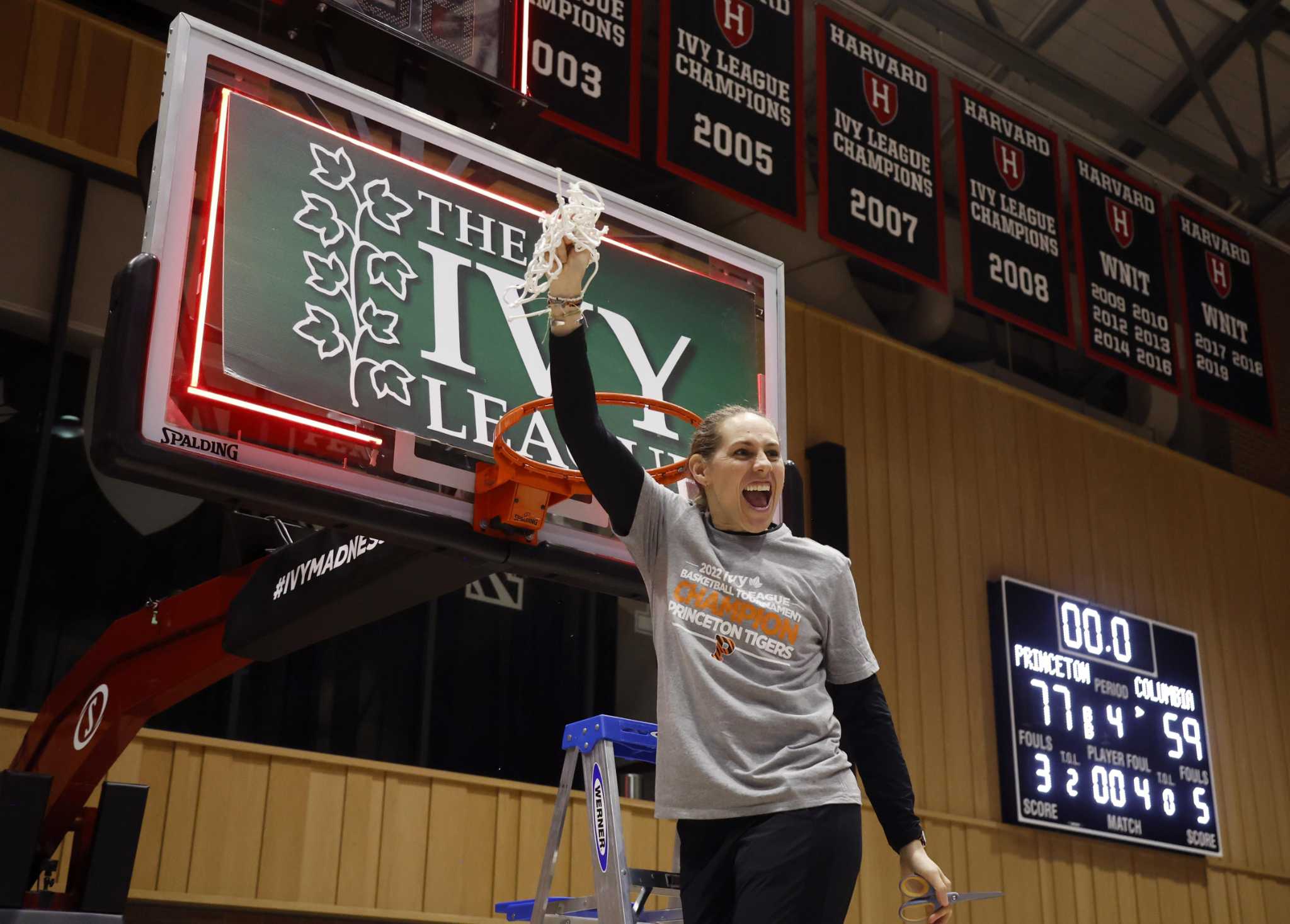 In nearly four decades, the Hall of Fame coach has led the program to a level of success unmatched in sports, including an NCAA record 11 national championships.

He has coached some of the biggest names in basketball: Rebecca Lobo, Sue Bird, Diana Taurasi, Breanna Stewart, Paige Bueckers and Azzi Fudd.

After their playing careers ended, some of Auriemma’s players joined him on the sidelines as graduate assistants and assistant coaches. Some learned lessons from Auriemma and ventured out of Storrs to join the coaching staffs of other colleges across the country.

Current Connecticut Sun team president and former Husky Jennifer Rizzotti began her coaching career at Hartford as head coach in 1999. In 2016, she took over as head coach at George Washington before leaving the program in 2021.

Here’s a look at other former UConn players serving as Division I head coaches and assistant coaches across the country this season:

Berube helped lead UConn to its first national championship in 1995 as a player. Her first coaching experience came as an assistant coach at Big East foe Providence College in 2000. After two years, Berube was promoted to her first head coaching job at Tufts University. Over the course of 17 years, Berube compiled a 384-96 record with two Division-III national championship appearances. In 2015, she was named NCAA Division III National Coach of the Year.

She took over at Princeton in 2019 and proved she could be just as dominant on the DI and Ivy League stages. In her freshman season, Berube was named Ivy League Coach of the Year after leading the Tigers to a 29-1 overall record and winning the conference championship. In her two full seasons at Princeton (the Ivy League did not compete in 2020-21), she has yet to lose to an Ivy opponent.

Berube will return to Storrs on Dec. 8 when the Huskies host the Tigers at Gampel Pavilion (7 p.m.) in a non-conference game.

The Dayton, Ohio native took over the Flyers program last March. This is the former Husky’s second head coaching job after coaching Wittenberg during the 2021-22 season. Under Williams-Jeter, Wittenberg reached the NCAA D-III Tournament for the first time in eight years. Prior to becoming a head coach, Williams-Jeter served as an assistant coach for five different programs between 2002 and 2021, including Ohio State, Kansas and Penn State.

After leading UConn to national championships in 2000 and 2002, Williams-Jeter played in the WNBA for seven years, ending her pro career with the Connecticut Sun in 2008. The former Husky still holds the NCAA DI record for percentage field goals (70.3 percent). ).

One of UConn’s most notable former players and assistant coaches is entering his second year as head coach at Vanderbilt. While a handful of ACL injuries marred Ralph’s playing career, she helped lead UConn to the 2000 national championship. Working with Auriemma and associate head coach Chris Dailey, Ralph was an integral part of the staff at ‘UConn as an assistant coach. She joined the UConn staff in 2008 after serving as an assistant at Pittsburgh for five years and remained at Storrs for the next 13 seasons.

In his head coaching debut last season, Ralph led Vanderbilt to a 16-19 record before finishing the season in the third round of the WNIT (the program’s longest playoff streak since 2013).

Former Husky Kyla Irwin (2016-2020) joined Ralph’s team at Vanderbilt in May 2021 as Program Manager of Player Development and Community Relations.

After graduating from UConn in 2012 as a three-time national champion, Doty moved to Oregon and worked for Nike for nine years as an account manager. She began her coaching career heading to Beaverton High School and Lake Ridge Middle School.

Now back at the collegiate level, Doty helped Wisconsin to its most Big Ten wins since the 2014-15 season (five).

“Her experience at UConn and her work in the corporate world have prepared her for this next step in her journey,” Moseley said in the program’s statement about Doty’s hiring. “It’s not very often that you find someone who has the ability to adapt and grow the way Caroline has throughout her career. Despite injuries or setbacks, she has always been a accomplished teammate and wanted the best for those around her.”

Moseley was an assistant at UConn from 2009 to 2018 and began coaching at Wisconsin in 2021 after three seasons as head coach at her alma mater Boston University.

The Bloomfield native and former UConn leading scorer was Berube’s teammate on the 1995 National Championship team. After an eight-year WNBA career playing for the Orlando Miracle and Connecticut Sun, Sales started her coaching career as an assistant at Central Florida in 2016 under head coach Katie Abrahamson-Henderson. Sales returned to Storrs last March when UConn hosted the Knights in the second round of the NCAA Tournament.

When Georgia signed Abrahamson-Henderson on March 26, Sales followed her to the Bulldogs program.