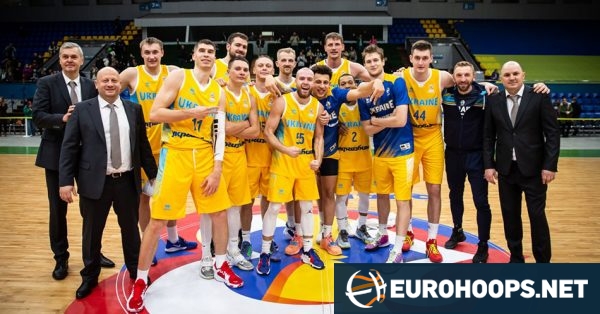 The Ukrainian Federation are looking to protect their home advantage by moving the game against Spain to the summer window of the FIBA ​​World Cup qualifiers due to the ongoing crisis between Russia and Ukraine.

In light of growing threats of a potential Russian invasion of Ukrainian territory, FIBA ​​has banned the Federation from hosting the match in Kyiv, originally scheduled for Sunday, February 27. With their request, the Federation are looking to maintain their home advantage against the reigning World Cup champions by postponing it to a later date, in the hope that the tension would have subsided by then.

The Ukrainian NT is had to fly to Spain on February 20, for their first match of the February window (scheduled for February 24, 8:45 p.m. CET), pending FIBA’s response to their request.

The imminent danger of an invasion has, of course, affected all sporting activities in Ukraine. Last week, Prometey chairman Volodymyr Dubinsky announced that the team was temporarily leaving the country, while the club’s women’s basketball department is set to face Mersin for their next EuroCup game in Plovdiv, Bulgaria. , instead of Kamianske, Ukraine.